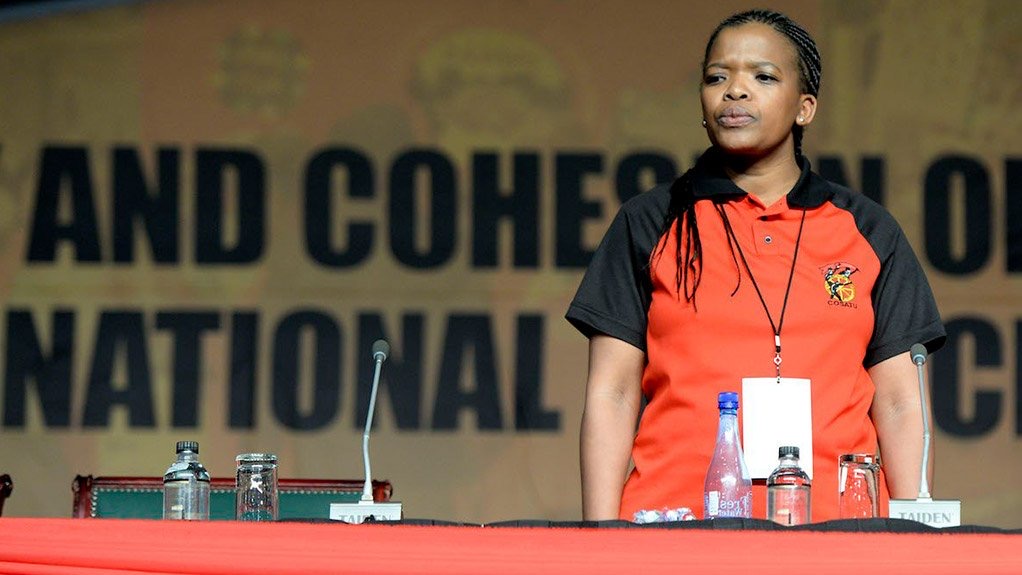 The Congress of South African Trade Unions (COSATU) welcomes the gazetted increases for the National Minimum Wage (NMW) and equalization of domestic workers that will now come into effect from 1 March 2022.

These gazetted increases will make a positive difference in the lives of over 6 million workers currently paid at the NMW level.

It will mean a significant increase for the 892 000 domestic workers who are overwhelmingly women and also improve the lives of 800 000 farm workers.

The only remaining exception is Expanded Public Works Programme and Community Works Programme workers who remain pegged at 55% of the NMW which will now be R12.75.  COSATU is engaging with government on a road map to equalise EPWP and CWP wages with the NMW.

The Federation is pleased that these proposed increases to the NMW and domestic workers enjoyed the support of Organised Labour, Business and Government in the NMW Commission.  This is important to counter the unwarranted attacks on the NMW by some extreme right-wing ideologues.

COSATU is pleased that the extensive research undertaken by the NMW Commission shows that few job losses have occurred as a result of the introduction of the NMW and that it has helped to reduce poverty and inequality levels and stimulated local economic growth.

We also note the increase to the Basic Conditions of Employment (BCEA) Annual Income Threshold that will now be at R224 080.48 per annum.   The BCEA Annual Income Threshold is used to peg a variety of labour rights, protection and benefits.  Workers who earn below it are entitled to these protections and benefits but workers who earn above it are not guaranteed these, and need to negotiate for them with their employers.

These key protections, rights and benefits include the Unemployment Insurance Fund benefits, Compensation of Injury on Duty Fund protection, overtime pay, protection from exploitation by labour brokers, and automatic access to the CCMA.

The Federation remains aggrieved, however, that the BCEA income threshold has only been adjusted for inflation twice since 2014.  This has meant a massive erosion of protections and benefits for millions of workers.

This is tantamount to the deliberate gutting of our progressive labour laws through the back door.  The Federation urges the NMW Commission to fast track its research and engagements on the appropriate levels for the BCEA income threshold.

This must not only cover the inflationary erosion since 2014, but more critically ensure that all workers are afforded their hard won labour rights as provided in law.

Sizwe Pamla is the Spokesperson of the Congress of South African Trade Unions (Cosatu).