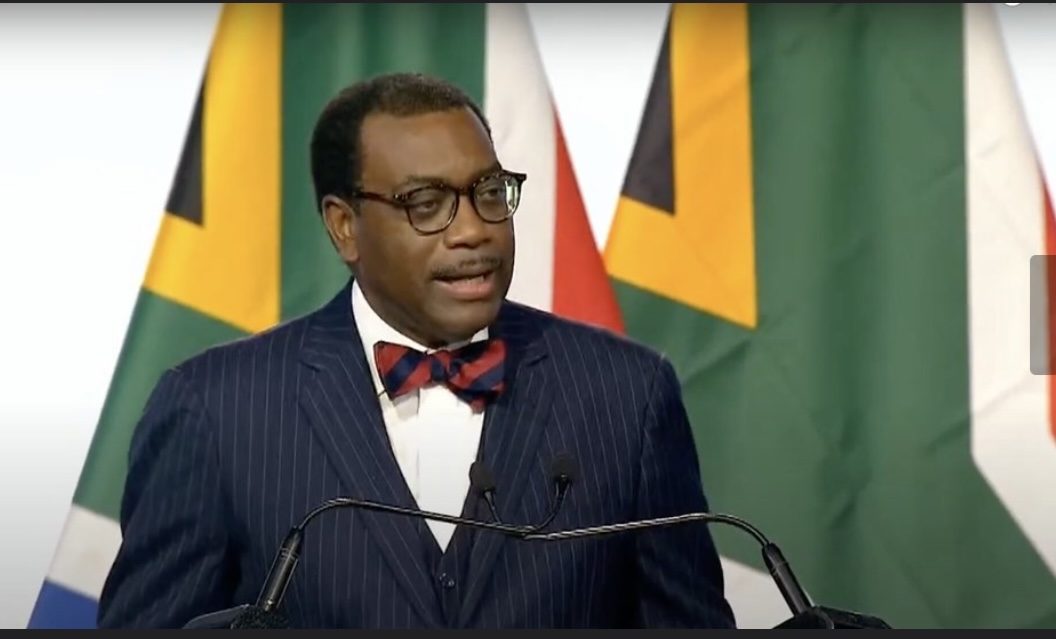 Your Excellency, President Cyril Ramaphosa, and my dear big brother, thank you very much for the great honor and invitation to join you today, and to speak at the 2022 South Africa Investment Forum.

They say great minds think alike. Visionaries also do! They see the big picture of success, long before others do.

You were visionary. You were bold. You understood that for the economy to grow South Africa needed to expand private sector investments, to create jobs.

Investors responded positively. They saw an economy powered by a business-savvy President, who acts like a Chief Executive Officer, and they showed it with their checkbooks.

The point was made, loud and clear: South Africa is bankable!

Your Excellencies, ladies and gentlemen, I have seen President Ramaphosa in action—in Africa and globally. He treats every engagement as if he is in a Board room.

He even sold some of the Ankole cows on his farm and struck hard bargains, including, for Cinderella, Zaria, and Fafa—which he sold to a family member. No discount!

What a deal maker.

President Ramaphosa, with incredulous zeal, resolute and disarming calmness, with sophisticated hands like someone on the spindle, weaves every deal thread into beautiful Investment tapestries.

I can tell you; President Ramaphosa is South Africa’s number one salesman to the world!

I watched him turn adversity into business opportunity even amid COVID-19 pandemic, as he positioned South Africa as the solutions provider for vaccines. Today, the world has turned to South Africa Biovac and Aspen Pharmacare to manufacture vaccines in South Africa.

Today, thanks to his leadership and business savviness, Johnson and Johnson set up the continent’s first m-RNA vaccine manufacturing plant, to supply 300 million doses.

Not only is South Africa the leading industrialized country in Africa, it is also a pace setter. Thanks to South Africa’s scientists, and leadership, omicron was identified, even before the world woke up.

I watched President Ramaphosa push for waiver of TRIPs at the World Trade Organization to assure production of vaccines, turning intellectual property to where it counts: life! – through local manufacturing of life saving vaccines, especially in Africa.

He joined us as we marketed deals on projects to global investors.

It was the spirit of Ubuntu: I am because you are.

The inaugural Africa Investment Forum in 2018 brought together _ project sponsors and _ from _ countries to Johannesburg. In less than 72 hours, defying the breezy and suddenly cold spring day, deals warmed up the corridors of the Sandton Convention Center.

Investment interests for deals worth $38.7 billion were secured.

It was a landmark for Africa!

And the beat goes on…

Last week, the Africa Investment Forum Investment boardrooms for 2021, earlier postponed due to omicron, held virtually. With 300 investors from around the world, it was all about deals, deals, and deals.

Again, within 72 hours, it secured $32.8 billion of investment interests for projects for Africa.

This includes $15.6 billion for the Lagos to Abidjan highway corridor; and a $3.5 billion railway project to connect Tanzania, Burundi, with the Democratic Republic of Congo and Rwanda.

The deals included a $140 million Health Fund in South Africa to provide access to oncology care.

Your Excellencies, the African Development Bank believes in South Africa. You can see it in what we do.

The African Development Bank provided a loan of ZAR 6.2 billion ($413 million) to TRANSNET. This has allowed it to modernize its rolling stock fleet, acquire rolling new stock and increase its freight capacity by 120% from 80 metric tons to 176 metric tons.

We provided a total of R 48 billion ($3.2 billion) for the energy sector, including ESKOM’s capital expenditure and the MEDUPI power project.

We have since gradually shifted our financing towards renewable energy. We supported the 100 MW Sere wind with R 884.9 million ($69 million) farm and the Xina 100 MW solar concentrated power plant with ZAR 1.45 billion ($97.1 million).

Last year we financed the Red Stone 100 MW solar project with ZAR 2.3 billion ($152 million). Mr. President, I asked you to help unblock challenges being faced this project. You did and you brought it back on track. Your intervention paid off, Mr. President: 8 days ago, the red stone solar project was awarded the African Renewable Deal of the Year by the prestigious IJ Global journal. Congratulations!

We supported Medupi coal power plant, now we will support the drive towards renewable energy for South Africa in its drive towards net zero emissions.

The African Development Bank is preparing a ZAR 6 billion ($400 million) support, over the next three years, towards support for ESKOM as it transitions to renewable energy.

I applaud the G7 countries, for their commitment of $8.5 billion in support of South Africa’s Just Energy Transition.

Th African Development Bank, working in partnership with international partners, especially the G7 countries, plans to establish a Just Energy Transition Facility that will support South Africa to raise at least $27 billion in support of its energy transition into renewable energy. We will do it, without South Africa getting into debt.

This will transform South Africa into a global leader in energy transition. It will move South Africa away from coal to renewable energy. It will reduce pollution and negative impacts of carbon emissions on health and the environment.

It is a great opportunity to recalibrate the economy to generate thousands of green jobs and power new green industries for a more competitive economy for South Africa.

Mr. President, you count on the African Development Bank. We will help you make it work. We promise, we deliver.

Mr. President you can also be proud of the African Development Bank — your Bank.

In 2021, the African Development Bank was ranked the Best Multilateral Financial institution in the world, by Global Finance, the renowned US finance magazine.

From energy, to infrastructure, establishment of special agro-industrial parks, to support of the private sector and small and medium sized enterprises to create jobs for the youth, we will provide strong support.

Mr. President, I am delighted to announce that the African Development Bank will commit ZAR42.5 ($2.8 billion) billion in South Africa over the next five years.

We know: South Africa is bankable!

The African Development Bank will be by your side as South Africa powers its economy forward to a more glorious future.

A greater and better future with quality jobs for South Africa’s youth.

A greater and better future for South Africa’s resilient women.

I believe in South Africa!

If you believe in South Africa, say I do!

Thank you very much.