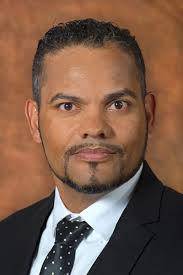 Comrade President Josè Eduardo Dos Santos departed on 8 July 2022, having served as the President of Angola from 1979 to 2017. President Ramaphosa led the South Africa’s government’s delegation together with Ambassador Oupa Monareng (Commissar-Malanje) and Comrade Lindiwe Zulu (MK Combatant-Malanje) the ANC’s delegation. Comrade Jose Eduardo dos Santos became leader of the Movimento Popular de Libertação de Angola (MPLA) and President of the Angola on the 20 of September 1979, age 37 years old at the time, following the death of Agostinho Neto, O pai de naçaõ” (Father of the nation). Oliver Tambo (1976) dedicated the inaugural ANC publication of Sechaba, to the history and struggle of the MPLA. OR stated that “the recent invasion of Angola by South African troops is the most dangerous crisis faced by Africa since the US intervention in the Congo and later invasion of Guinea by fascist Portugal. Then as now the forces of imperialism intervened to try to turn back the moment for Africa’s liberation and the achievement of genuine independence of its people…. we are part and parcel of this struggle for democracy and peace”; confirming that ANC and MPLA’s struggle to be intertwined and interwoven.

The 1974 military coup in Lisbon set a train of events into motion on the Southern African subcontinent. The Alvor Agreement (1975) granted Angola independence from Portugal, and when the Portuguese withdrew, the white cordon sanitaire crumbled. Apartheid South Africa (SA) feared political and security threats that might result from decolonization in the region. SA’s détente politics toward Africa at this time was pursued through the Angolan intervention in order to establish ‘buffer zones’, between Namibia and Angola. The leadership of MPLA has enabled MK to established an array of camps including Nova Katengue, Gabela, Caxito, Quibaxe, Pango, Fazenda, Funda transit camps, such as Benguela and the Engineering Camp. It was Comrade President Dos Santos who made a personal appeal to Fidel Castro for Cuban support inJanuary 1988, which support to FAPLA was granted and included the elite Cuban 50th Division which succeeded in 1975, to turn back the South African invasion force the eve of independence. This political intervention by Cuba, formed the bedrock of the victory to Cuito Cuanavale, which made possible the Namibian agreement. Comrade President Josè Eduardo Dos Santos presided over the liberation struggle waged in Angola, which made the Namibia agreement (December, 1988) possible. A telex from Oliver Tambo to President Jose Eduardo dos Santos, expressed optimism, indicating that Comrade OR was inspired by the talks, imploring hope that ‘the current negotiations be crowned with success for Angola, Namibia, Internationalist Cuba and all of us as well for you in particulars, Comrade President, A luta Continua, A victoria e Certa’. With the implementation of the New York Peace Accords and UN Resolution 435 and after all the foreign troops had withdrawn from Angola, the conventional war between MPLA and UNITA degenerated into a civil war, until 2002 with the signing of the peace and national reconciliation agreements, which brought to conclusion 27 years of war.

The 5th Angolan Presidential and Parliamentary elections took place on 24 August 2022, and President Ramaphosa, having had regard for the AU and SADC Observer Missions, together with the SADC Parliamentary Forum (SADC PF) and the Electoral Commissions Forum of SADC Countries (ECF-SADC), has sent his warmest and most sincere congratulations to President João Lourenço and the people of the Republic of Angola on his re-election as the President of the Republic of Angola. Comrade President Josè Eduardo Dos Santos, the people of Angola today bear the fruits of freedom, and is a hallmark of democracy, which has cemented your legacy, as an anchor of solidarity.