H.E. Enoch Godongwana: An initiative to accelerate the implementation of key growth-enhancing reforms 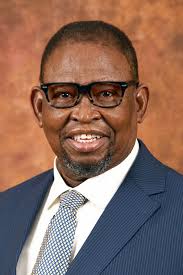 These are the speaking notes of H.E. Enoch Godongwana, South Africa’s Minister of Finance, at the launch of the “2Q Operation Vulindlela Progress Report” recently.

It gives me great pleasure to outline some of the progress that has been made by Operation Vulindlela – our flagship initiative to accelerate the implementation of key growth-enhancing reforms.

As my colleague Minister Gungubele has said, since its inception Operation Vulindlela has fast-tracked a number of critical interventions aimed at sustainably increasing the rate at which our economy can grow and create jobs.

A total of 26 structural reforms were selected across the Energy, Transport, Telecommunications and Water sectors. Reforms to the visa regime were also included, to support the Tourism sector and ensure the availability of scarce critical skills. Thus far, 9 reforms have been completed; while another 11 are progressing well. A minority of these reforms, such as improving Eskom’s energy availability factor and completing digital migration, are not on track. As demonstrated with the formation of NECOM, however, we are taking decisive action to get these reforms on track as quickly as possible.

In Transport, there have been significant challenges with both the ports and rail infrastructure, as a result of security issues, inadequate investment in equipment, procurement processes that were tainted by state capture, and poor operational performance. However, Transnet is steadily improving its performance and has made progress in improving its financial position to enable greater investment going forward.

Requests for proposals in respect of private sector participation in rail are due this month for 16 slots made available by Transnet on the Durban-City Deep and Pretoria- East London lines. It is important to recognise that this is only the first step in enabling third-party access to the freight rail network. We anticipate the passage of the Economic Regulation of Transport Bill in the coming months, that will establish an independent Transport Economic Regulator and enable properly regulated, non- discriminatory access to the network beyond these initial slots.

In addition, RFPs for private sector participation in the container terminals at the Ports of Durban and Ngqura will also be issued this month, in order for partnerships to be in place by January 2023. This is a major step forward to enable experienced international terminal operators to invest in the expansion of infrastructure and improve the management of port operations.

The logic of these reforms is that port and rail infrastructure will remain state-owned, while encouraging and enabling competition in operations to improve efficiency and leverage private sector investment. During the next quarter, we will prioritise reforms in the transport sector with the same degree of urgency with which we have responded to the energy crisis during the previous quarter.

In Digital Telecommunications, cheaper and better connectivity is in sight. The auction of high-demand spectrum has been completed and analogue switch-off has already been completed in five provinces. While the final switch-off date for analogue transmission has been delayed by a decision of the Constitutional Court, work continues to migrate remaining households to digital signal and complete this process. Government intends to provide a subsidised set-top box to any indigent households which have not yet migrated and complete switch-off in remaining provinces.

The Department of Communications and Digital Technologies will shortly communicate a new date for analogue switch-off following consultations with stakeholders in the sector. To facilitate faster deployment of telecommunications infrastructure, the Rapid Deployment Policy and Policy Direction has been finalised for approval by Cabinet and we anticipate that a standard draft by-law for wayleave approvals will be adopted for rollout in municipalities by October 2022.

Some of the most significant progress has been achieved in the Water sector. The backlog of water use license applications, which stood at close to 1,000 outstanding applications in April this year, has been cleared as a result of a turnaround plan supported by Operation Vulindlela. This will unlock billions of Rands in new investment in agriculture, forestry and other sectors that was held up by outstanding license approvals.

Draft legislation for the National Water Resource Infrastructure Agency has been finalised, and will be published for public consultation shortly. This will enable much greater investment in our bulk water resources.

In addition, a Water Partnerships Office has been established between the Department of Water and Sanitation and the DBSA to enable private sector participation in water infrastructure and management.

The reinstatement of the Green Drop water quality monitoring system has enabled greater transparency regarding the quality of water and sanitation services at municipal level.

Following on this report, the department is putting in place a range of measures to improve the quality of water services at municipal level. This includes intervening in municipalities which fail to meet minimum norms and standards. These reforms will have a fundamental impact on the way in which the water sector is managed, and will ensure future water security.

To support the Tourism sector last year we rolled out the e-visa system and extended it to fourteen countries. During the next quarter we will explore the feasibility of a visa recognition programme which would allow the holders of certain visas of recognised third countries to enter South Africa without a new application process.

Finally, to address the skills shortage in the short term, we updated and published the Critical Skills List for the first time since 2014. This list has since been amended to include additional skilled occupations in the medical field which are in short supply. This quarter we completed a comprehensive review of the work visa system aimed at identifying improvements that could enhance the effectiveness of our visa system and will work to implement the recommendations of the report by March 2023.

Our previous modelling has showed that attracting skills which the economy needs could have the second-highest impact on economic growth after resolving the energy shortfall.

Significant progress has been made, and is being made, to implement these reforms and to address the urgent challenges that our economy faces.

Operation Vulindlela has been able to open the way for the reform agenda in a short space of time, and has enabled the implementation of reforms which will have a real impact on investment, growth and ultimately jobs.

The progress report that we have just released demonstrates that concrete actions are being taken to unlock the dynamism of this economy and place our growth on a higher trajectory.