President Cyril Ramaphosa: South Africa is on the right track 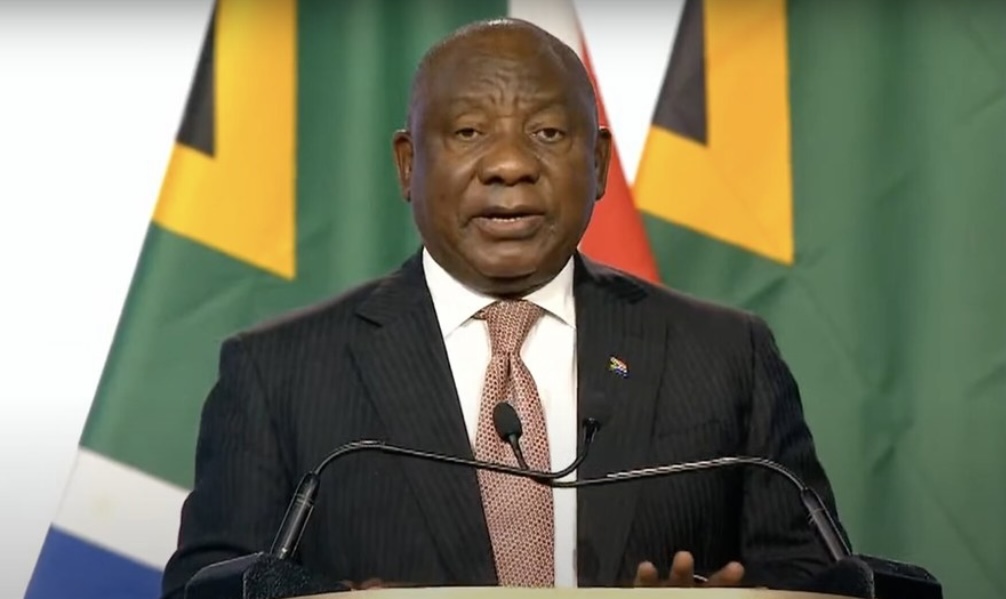 We have come to the end of another successful South Africa Investment Conference.

It is a success that we relish all the more because it is taking place in the midst of a global pandemic that has dampened the global investment climate for two years.

I am greatly energised by the enthusiasm and optimism of the investors and business leaders that have spoken in the plenary and in the breakaway rooms.

You are confident that South Africa is on the right track.

You see immense potential in both the traditional and emerging sectors of our economy.

What has also been encouraging is that you share the belief that South African cannot be prosperous without a prosperous continent, and that investing in African economies is essential to the continent’s development and progress.

We have held constructive engagements in the spirit of common purpose.

I agree wholeheartedly with those who said that South Africa’s COVID-19 response has been a great example of how government, business and civil society can come together to resolve a challenge – and that the same approach should guide our investment promotion efforts.

That is why such conferences are so important.

Not only to give investors a glimpse of what South Africa has to offer, but having us all in the room enables frank exchange on exactly what the challenges are and how we can best resolve them.

Four years ago, we set ourselves an ambitious target of raising R1.2 trillion over a five-year period.

The 80 investment pledges at today’s conference come to a total of R332 billion.

With the pledges we have received today – and with cancellations and additions we have heard about from investors in previous conferences – we have now taken the total level of investment pledged at the four Investment Conferences to R1.14 trillion.

With just one year left to go, we have now reached 95% of the ambitious target we set four years ago.

What this means is that we are now only R60 billion short of our target.

I expect that by next year we will not just reach our target – we will exceed it.

The investment commitments that have been made here today are impressive.

They are impressive not only by virtue of the cumulative value of the investments, but also by the sheer number and diversity of projects that they represent.

We have renewable energy projects and we have the plants that will build some of the components that these projects will use.

From biogas to solar, from wind to battery storage, these investments are at the cutting edge of one of the most important growth industries in South Africa.

There are investments that are breathing new life into mining, one of the country’s oldest industries and still one of its most important.

Through these investments, we will be expanding our production of platinum group metals and other minerals that are vital to the emerging technologies of the future.

It is pleasing that there several investments in metal fabrication and other manufacturing.

The investments in steel, vanadium, aluminium and other manufacturing plants all contribute to our ongoing effort to add value to the minerals that we mine and to create jobs that would otherwise have gone to more industrialised countries.

We have heard about investments that are giving effect to our ambition to produce our own vaccines and other pharmaceuticals, both for our country and our continent.

We are excited about the investments in our film, design and other creative industries, areas where there is huge untapped potential and more than enough talent.

Today, we have had confirmation of the export potential of the country’s automotive sector and of its continued contribution to developing emerging businesses through its value chain.

We welcome the investments in infrastructure and logistics, in property and telecommunications, which will help expand the capacity of our economy and improve its competitiveness.

We have seen investment commitments in agriculture, our oldest industry, and in the digital economy, our newest.

In the course of this Investment Conference, we have been given a sense of the value and potential of our special economic zones, and of the important role that our development finance institutions and other funding agencies have in promoting growth and transformation.

This Investment Conference has provided a glimpse into the South African economy of the future – an economy that is rich and diverse and growing.

I want to thank you all for your attendance, for the investment commitments that you have made, but above all for being here as a demonstration of faith in South Africa.

I want to thank the sponsors for their generosity.

I also want to thank our partners: the IDC, Invest SA and Proudly South Africa.

I want to thank our Minister of Trade, Industry and Competition Ebrahim Patel and the Ministerial Steering Committee who have been working behind the scenes since the middle of last year to ensure this conference is a success.

I want to thank my economic advisor Ms Trudi Makhaya and the Organising Committee, and all the government departments, agencies and entities that have contributed to this conference.

Thanks also go to our partners in business, labour and civil society for the positive and proactive spirit they have brought to the organising process and for supporting the conference and its objectives.

In conclusion, I want to recall what Discovery CEO Adrian Gore said this morning.

He said: “We are having a tough time now but the future will be better. We must take a long-term view, and we must change the narrative”

I thank you all for standing by the South African people as we recover and rebuild.

As we build an economy that is diverse, vibrant and sustainable, and that benefits all the people of this great land.