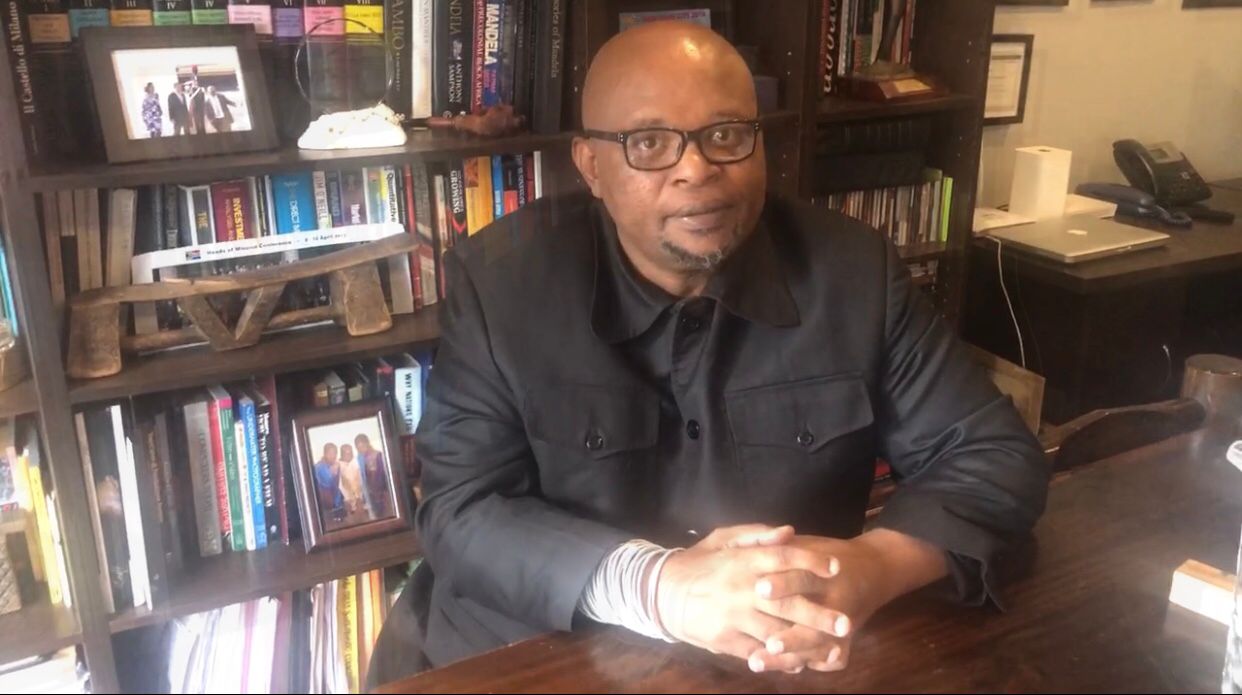 Let me open by quoting a poem, “When Great Trees Fall” by our muse, Maya Angelou, as she eloquently captures how distraught I am right now:

the air around us becomes

our reality, bound to

them, takes leave of us.

and informed by their

We are not so much maddened

as reduced to the unutterable ignoranceof dark, cold

Yes this contrasts with the views of that English bard, John Donne, in his poem, “Death be not proud”. Although he challenged death to undervalue its pride, trust me I don’t completely concur with him. I give it to death that it’s extremely competent in dishing out double brutal doses of the destruction of lives of those passing on and those surviving the deceased. First, is the life it extracts out of someone else’s body and we have to inter their mortal remains. As they pass on, they’re saved from the excruciating pain as their soul departs into the heavens – which is often described as “untimely” though I fail to see any logic in such characterisation because as far as I’m concerned, it will never be “timely” – and their mortal remains are buried to turn into dust. Perhaps the absence of pain once one has passed on is what inspired Donne’s poetic rendition that the deceased never suffers any pain.

Yes, although death made me the same offer in November 2016 and it appeared attractive and tempting as I had just suddenly collapsed and became fully paralysed for seven months, I resisted the temptation because I was well aware of its impact on some of those who were to survive me. Someone else’s death is more damaging to those genuinely closest to them because they have to live every second of their lives carrying the burden of unparalleled anguish arising from such eventuality – described as such because that’s how our lifetime will end.

At the risk of sounding like an apologist for ageism, or a soldier who was demobilised without being given proper counseling services, I always posit to people that I cherish the friendships – to be more precise, that camaraderie forged in the crucible of anti-apartheid struggle in the 1980s – than contemporary relationships made post-1990 when South Africa began to liberalise its political landscape. Yes, I find relations developed during those difficult times in our lives more genuine, legitimate and resourceful than post-1990 friendships in South Africa which are highly transactional.

Granted, as there’s no scientific formula valid enough to guarantee consistent outcomes when it comes to human nature, there are exceptions. So let me talk about one of the few exceptions in my life – and that’s Apostle Adelaide Motau – whom we affectionately called Dilly.  I met her in the early 2000s when we both worked for the then Department of Trade and Industry. Led by Minister Alec Erwin, DG Dr Alistair Ruiters and COO Portia Derby, the trio led us to turn the department into a transformed people-centred and people-driven service delivery agent. I was a Chief Director for Marketing Communications.

We were the first government department to position ourselves as a brand – the dti. We were also inspired to change the face of the public service and to manage the misperceptions that persisted. Firing us with an insatiable desire to accelerate service delivery, the leadership trio developed a slogan: “Break all the rules” to provide timeous service to our people. Yes, the subtitle was “but don’t break the law”. Indeed, a culture of commitment to serving our people permeated across entire the dti and its family of state-owned entities. To enhance the department’s brand equity, we embarked on an awareness campaign intended to increase the uptake of the dti’s products and services; develop stakeholder affinity and trust for the brand; and develop loyalty from our stakeholders to the department.

This was done through a multimedia campaign that we dubbed ‘Izoyi thola kanjani o hleli ekhoneni” – inspired by Mandoza’s popular song. We positioned the dti brand as a humble servant of the people and we abolished any signs of pomposity often associated with the public service. To assert this positioning, we wrote the department’s name in lowercase, borrowing from e.e. cummings, to denote our humility and this preceded the coat of arms – basically to say we’re humble servants of our people before we are the state. These efforts were soon appreciated by government as a whole and we saw the GCIS following suit to develop a government-wide corporate identity.

After I left the dti, my friendship with Dilly and others continued. And during my diplomatic positing in Italy, Dilly and I continued talking through social media. I came back from Italy end June 2016, and before we could even do the catch-up coffee we promised each other, I suddenly collapsed, as I have alluded to earlier.

Just last week my ex/colleague from the GGDA just forwarded me her conversations with Dilly after she heard in November 2016 that I was in hospital. My ex-colleague, Kefiloe Morand, who has since relocated to France, sent me these conversations thinking I had already heard about the tragedy that befell us. I responded lightheartedly saying they should both be blessed to know that I had made it to this day. Kefiloe sent me these conversations as Dilly always visited us at InvestSA offices in Sandton, where I was based as GGDA’s Group Executive. And we always had long chats at the reception in front of Kefiloe’s dest as she was our receptionist.

And it was just over a year ago that Dilly included me in her WhatsApp group, Mahube – in which she shared her sermons with us every morning. One day I told her she was using her REDISA experience where they used to recycle tyres to recycle lives of some of us because within the WhatsApp group, we had Dr Confidence Moloko and I who were avowed Marxist-Leninists. And she would softly say to me: Her prayers got me out of hospital as she sent me prayers every week of the year that I spent in hospital. Indeed, now I can comfortably say she has succeeded in recycling my life as today I say to people that Marxism-Leninism arms me with a theoretical framework to analyse the developments in the world while my daily prayers ensure I live so that I could be able to make an impact on people’s lives.

I didn’t know anything about Dilly’s passing on until Sunday morning when I got a poster informing me about the funeral and the link for the memorial service from Dr Maude Mthethwa. Shocked and in disbelief, I then forwarded the messages to Kefiloe telling her about our Thursday conversations. She told me the reason she sent me those November 2016 text conversations about me was that she thought I knew about Dilly’s passing on.

Let me say it unequivocally: Death, this is enough! Please stop right now. We cry everyday for our loved ones who perish like flies. We beg you. You have made your point. It’s enough. Please. Just on the morning of Tuesday, I was woken up by a fifteen-year old daughter of my friend, Princess Masilo, crying hysterically saying: “Uncle Saul, I don’t have anybody else to call, I only have your numbers, I’m sorry…”

When I asked why she was crying, she responded: “My mother isn’t breathing. We don’t know what to do.”

I asked them to call an ambulance. Thirty minutes later, I called again and Princess’ son broke the sad news: “The hospital says my mom has passed on”.

I met Princess while working for the dti. She dropped in my office unannounced after having travelled all the way from Kimberley with her then partner in responding to our promotional work. I obliged to meet them although we didn’t have any appointment set as I felt sense of achievement that our campaign had reached this far flung rural province – which happens to be the poorest in the country. I invited Dr Khumo Moetse and Emmanuel Mohlamme (he has succumbed to COVID-19 in January this year). After they presented their credentials, our response was what’s your value proposition to us as government.

The duo presented an excellent entrepreneurship development programme. We bought into it and that launched them from being a small company in a small dorpie of Kimberley to a national entity as they soon travelled from one provincial capital to another conducting seminars funded by the dti.

Like with Dilly, I then struck a special friendship with Princess. After they relocated to Pretoria, she became my dearest sister I could share all the intricacies of life with – particularly the challenges of adulting, both professionally and socially. She was the one person I could open my heart out to. When love hurt, I could call on her and cry the pain out.

Princess’ religious and entrepreneurial journeys are symbolic of the paradoxes of life. While through Dilly I found solace in religion, her faith was destroyed by her charismatic preacher – to whom she had invested her absolute faith in – when he staged a much publicised controversial false resurrection. On the business front, while it was government that supported her into an entrepreneur with a national footprint she became, it was the same government that bankrupted her business when some municipality withheld her payment. Although her political conscience prohibited her from embarrassing government in the media or taking legal action, she tried to pursue a recourse through the Office of the Public Protector which also failed her.

So Princess never fully recovered from this betrayal or injustice she suffered. A fighter she was, she then completely withdraw from securing business from government and entered the cosmetics industry by establishing a new company, Simply African International – running a stall at Menlyn Maine, a top shopping mall in Pretoria East.

Yes, it has been extremely difficult for me losing two beautiful souls that were more than friends to me, but more like sisters. So, this shows how brutal death is.

Death, this is enough. Stop it!

Heartfelt condolences to the children and the families of Dilly and Princess. They were both full embodiments of God’s mercy to humanity. They were gentle souls. Goodnight, my sisters.

The Kindle version of Saul Molobi’s latest book, “Sound and Fury: The Chronicles of Healing“, is available on Amazon. The Foreword to the book was written by Kgalema Motlanthe, former President of the Republic of South Africa.