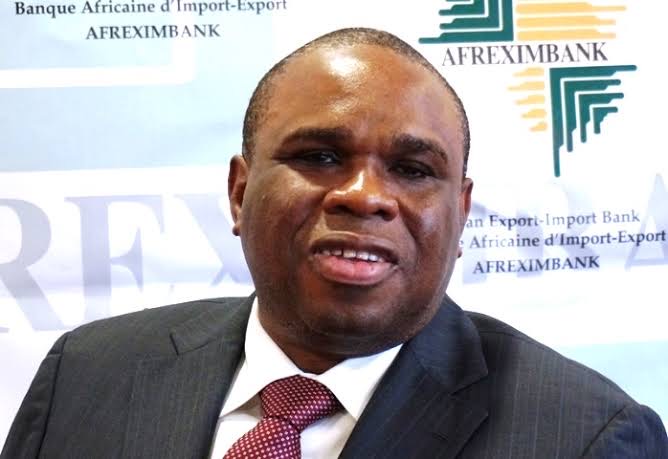 The African Export-Import Bank (Afreximbank) and AfCFTA Secretariat announced today the operational roll-out of the Pan-African Payment and Settlement System (PAPSS), a revolutionary Financial Market Infrastructure to enable instant, cross-border payments in local currencies between African markets. By simplifying cross-border transactions and reducing the dependency on hard currencies for these transactions, PAPSS is set to boost intra-African trade significantly and underpin the implementation of the African Continental Free Trade Area (AfCFTA).

PAPSS will serve as a continent-wide platform for the processing, clearing and settling of intra-African trade and commerce payments, leveraging a multilateral net settlement system. Its full implementation is expected to save the continent more than US$5 billion in payment transaction costs each year.

The development of a pan-African payments infrastructure has been made possible by some of the continent’s leading institutions. The platform has been developed by Afreximbank, who also acts as the main Settlement Agent in partnership with participating African Central banks. The implementation of the infrastructure is taking place in collaboration with the African Continental Free Trade Area (AfCFTA) Secretariat with the endorsement of the African Union (AU).

The commissioning of PAPSS follows a successful pilot phase in the countries of the West African Monetary Zone (WAMZ), with live transactions done in an instant. The West Africa Monetary Institute (WAMI) collaborated with Afreximbank in launching the system in the WAMZ. This an important milestone for the continent and PAPSS is now engaged in advanced discussions with other national and regional institutions to rapidly expand continent-wide connectivity. Afreximbank provides settlement guarantees on the payment system and overdraft facilities to all settlement agents. To accelerate expansion and ensure settlement finality, Afreximbank has approved US$500 million to support the clearing and settlement in West African Monetary Zone (WAMZ) countries. It is estimated that a further US$3 billion will be made available to support the systems continent-wide implementation.

“With the implementation of PAPSS, Africa can expect to begin to reap the fruits of the African Continental Free Trade Agreement. Afreximbank is proud to have contributed in the realization of the multi-decade dream that seemed unachievable just a few years ago”

“PAPSS is not positioned to replace existing regional and national payment systems but to collaborate and work with them in better integrating African economies for the benefit of all. We thank the African Union, the AfCFTA Secretariat, the West African Monetary Institute and African Central banks for a remarkable outcome.”

“The implementation of the Agreement establishing the AfCFTA will improve intra-Africa trade, necessitating in this regard, the establishment of a payment system to facilitate affordable and efficient cross border trade transactions. It is on this basis that the AfCFTA Secretariat strongly supports the development of a Pan African Payment and Settlement System (PAPSS) that will usher in a new phase in the African economic trajectory.”

“The introduction of PAPSS provides Africa with greater capacity to conduct cross-border transactions and expand the scale of both active and latent opportunities for enhanced intra-African trade.”

“PAPSS has been brought about by our collective desire to facilitate and accelerate the growth of intra-African trade. With central banks working actively together alongside the Afreximbank, we are ushering in a new phase in Africa’s economic trajectory, in keeping with the ideals of the African Continental Free Trade Area.

“The introduction of PAPSS provides central banks with greater transparency and control as we now have a single window into all cross-border transactions emanating from our various jurisdictions and across the continent.”

“PAPSS is designed to be a fundamental rail connecting African markets to each other and enabling individuals, businesses and governments on the continent to trade with each other seamlessly. PAPSS will provide fresh impetus for businesses to scale more easily across Africa, essentially eliminating the borders that have balkanized us and robbed us of our economic prosperity for so long.”

“PAPSS has demonstrate credibility through its successful pilot and proof of concept in the WAMZ region, a region with the diversity and complexity anticipated in the larger African context (multi-lingual, multi-currency, multi-regulator, etc). ”Following the accomplishment of this milestone, PAPSS will now set its sights on integrating the rest of the continent into this critical infrastructure by integrating National Payment Systems, Regional Payment Systems and other financial services providers.

PAPSS was launched on July 7th, 2019 in Niamey, Niger, at the 12th Extraordinary Summit of the Assembly of the African Union (AU) who adopted it as a key instrument for the implementation of the African Continental Free Trade Agreement (AfCFTA)

African Export-Import Bank (Afreximbank) is a Pan-African multilateral financial institution mandated to finance and promote intra-and extra-African trade. Afreximbank deploys innovative structures to deliver financing solutions that support the transformation of the structure of Africa’s trade, accelerating industrialization and intra-regional trade, thereby boosting economic expansion in Africa. The Bank has a rich history of intervening in support of African countries in times of crisis. Through the Pandemic Trade Impact Mitigation Facility (PATIMFA) launched in April 2020, Afreximbank has disbursed more than US$6.5 billion in 2020 to help member countries manage the adverse impact of financial, economic, and health shocks caused by the COVID-19 pandemic. A stalwart supporter of the African Continental Free Trade Agreement (AfCFTA), Afreximbank has completed the development of a Pan-African Payment and Settlement System (PAPSS) that was adopted by the African Union (AU) as the payment and settlement platform to underpin the implementation of the AfCFTA. Afreximbank is working with the AU and the AfCFTA Secretariat to develop an Adjustment Facility to support countries in effectively participating in the AfCFTA. At the end of 2020, the Bank’s total assets and guarantees stood at US$21.5 billion, and its shareholder funds amounted to US$3.4 billion. Afreximbank disbursed more than US$42 billion between 2016 and 2020. The Bank has ratings assigned by GCR (international scale) (A-), Moody’s (Baa1) and Fitch (BBB-). The Bank is headquartered in Cairo, Egypt.