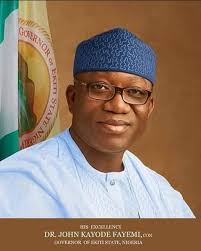 Under the theme “African Sub-Sovereign Governments Network, Championing Africa’s development”, the Conference will herald, among other things, the adoption of an institutional and governance framework for the African Sub-Sovereign Governments Network, an Afreximbank initiative, launched in 2021 at the inaugural conference in Durban, South Africa, with the mission of promoting peer learning, cooperation and collaboration among sub-sovereign governments.

AfSNET is expected to boost intra-African trade, investment, industrialisation and development. Governments, state and regional governors, premiers, etc. are expected from all parts of Africa.

Professor Benedict Oramah, President and Chairman of the Board of Directors of Afreximbank, commented:

“The African Sub-Sovereign Governments Conference is integral to achieving the goals set under the African Continental Free Trade Agreement (AfCFTA) as it seeks to provide a platform that will promote the building of trade enabling infrastructure, enhancing the role of export trading companies and promoting information exchange on trade and investment opportunities, existing financing instruments and initiatives among Sovereign nations in Africa. This conference provides an opportunity for the sub-sovereigns to showcase their projects and network with other sub-sovereigns and businesspeople.”

According to the NGF Chairman, Dr John Olukayode Fayemi, “the NGF is partnering with Afreximbank on this initiative because many countries’ policies are often developed by the central governments, while the subnational entities, either at state, province, or prefecture where the rubber meets the road as the drivers of growth are left behind. The subnational is where people feel the impact of governance and it is about time that the subnational leapfrog to a decent pedestal where constructive progress in the economy, like manufacturing, trade and commerce is enhanced. This ‘African Sub-Sovereign Governments Conference’, in my opinion, will attract substantial leverage to the subnational and its peoples.”

The 2nd African Sub-Sovereign Governments Conference will host executives and senior representatives of states, provinces, regions, governorates drawn from African countries and will also include investors and financial institutions from across the continent.