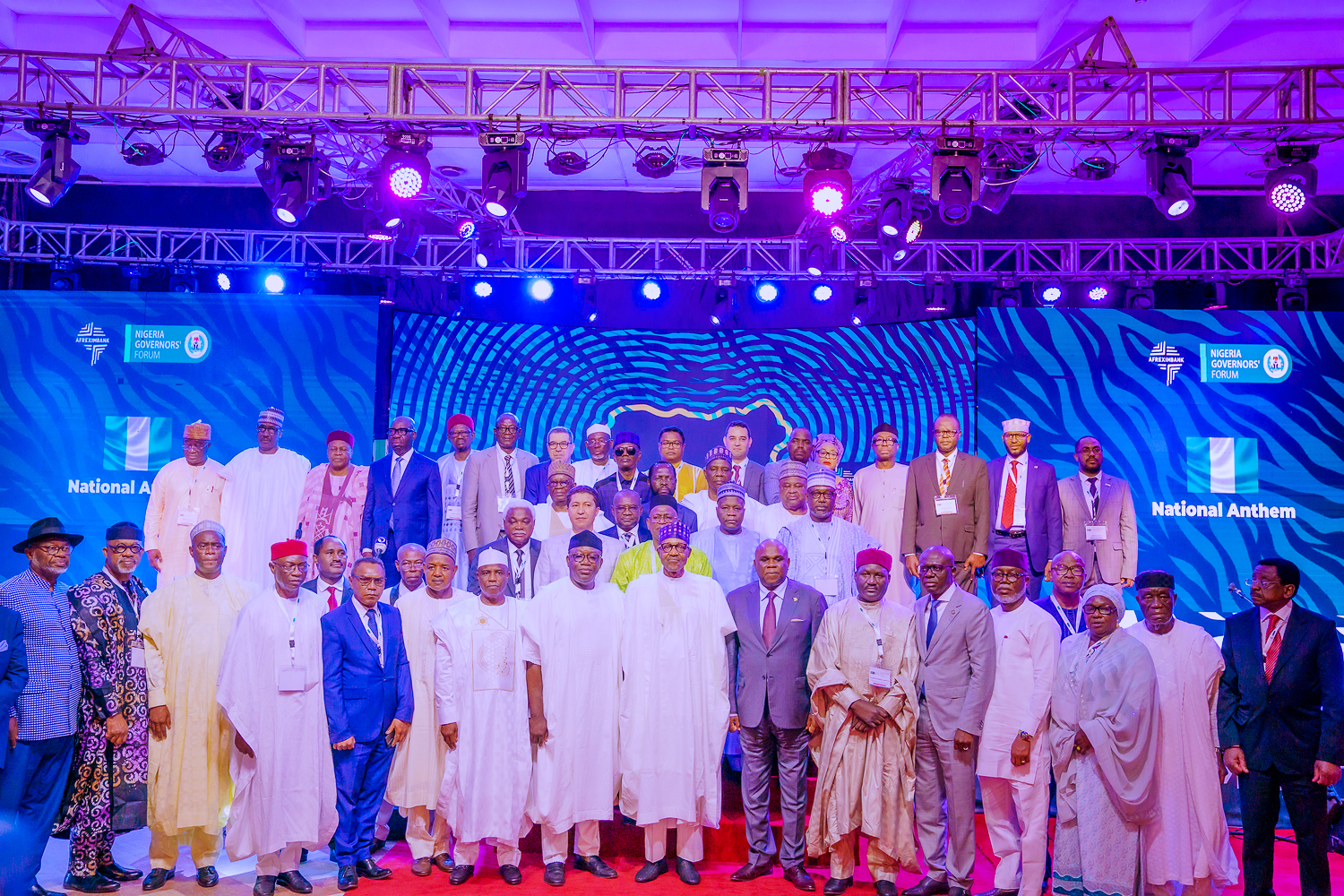 The second edition of the African Sub-sovereign Governments Network (AfSNET) conference, held on 30 September 2022 in Abuja, Nigeria, unanimously called on African sub-nationals to play their full role in facilitating the implementation of the African Continental Free Trade Area (AfCFTA).

Organised by African Export-Import Bank (Afreximbank) in collaboration with the Nigeria Governors’ Forum (NGF), the conference was presided over by His Excellency Muhammadu Buhari GCFR, President of the Federal Republic of Nigeria, and was attended by leaders and senior representatives of states, provinces, regions, governorates, investors and financial institutions from across Africa. Countries represented included Cameroon, Ethiopia, Kenya, Madagascar, Mali and Niger.

While commending Afreximbank and NGF for “demonstrating innovative thinking by taking the AfCFTA to the grassroots”, H.E. President Muhammadu Buhari said the AfSNET initiative, “if properly harnessed, is a significant step for Africa to begin carving its own niche in the global value chain, from the constituent units up.”

“This complements broader programmes such as the African Continental Free Trade Area, which remains one of the most strategic pan African agenda to deliver inclusive and sustainable development,” he said, calling upon the leaders of African Sub-Sovereign Governments to accelerate their involvement in facilitating the implementation of the AfCFTA.

“I am firmly convinced that with the right collaborative action, we will be able to record a much stronger pace of transformation. Through shared knowledge, innovation and creativity, we will be better able to cater for the needs of the African continent’s population of over 1.4 billion people,” he stated.

“AfSNET is expected to fill an important void because it recognises that whereas trade and commercial policies are national, their implementation is usually sectoral and local. Involvement of regional and local governments will make it possible for the full benefits of the AfCFTA to be realized,” Prof. Oramah declared.

He also reiterated Afreximbank’s commitment to the success of the AfCFTA, highlighting the substantial funds as well as the numerous programmes, projects and initiatives that the Bank is making available to facilitate the implementation of AfCFTA, and stating that “Afreximbank will support AfSNET through various other products and initiatives to facilitate intra-African trade, including financing, capacity building, export and investment promotion, linkages and partnerships, digital solutions, and policy advisory services. Sub-Sovereigns can also benefit from other initiatives that are being implemented by Afreximbank such as industrial parks and special economic zones to promote industrial development and export development.”

H.E. John Olukayode Fayemi, Executive Governor, Ekiti State & Chairman, Nigeria Governors’ Forum, who kicked off the opening ceremony, explained in his welcoming remarks that “the African Continental Free Trade Agreement has provided us with an opportunity to deepen intra-African trade by promoting a liberalized market that permits freer flow of capital, goods, services and our people. It also encourages industrial development through diversification and regional value chain development.”

“Working closely with our own federal government in Nigeria, we are collaboratively initiating and implementing strategic policies to better provision Nigeria for the AfCFTA by strengthening our entire export value chain, eliminating barriers to the ease of doing business, enhancing infrastructure development, embracing anti-dumping and anti-discriminatory trade policies. As sub-nationals, with a huge potential for intra-regional trade, I know that all of us here stand ready to make this dream a reality,” he enthused.

Delivering the opening address, Honourable Adeniyi Adebayo, Nigerian Minister of Industry, Trade and Investment and Co-Chair National Action Committee on AfCFTA, said that against the backdrop of the progress being made in the implementation of the AfCFTA, the second AfSNET conference was “a unique opportunity for us to take stock and reflect on how best to assist our citizens in realizing the full benefits of the AfCFTA.”

“The global environment today is characterized by high geopolitical and trade tensions, including the Russia-Ukraine conflict, the increasing wave of protectionism, and rising food and commodity prices. Consequently, international cooperation between governments and sub-sovereign governments is required across Africa and other developing countries to positively respond to these challenges, especially in terms of harnessing the opportunities that they create, while mitigating the associated risk of marginalization and increased inequalities both between and withing countries,” added Hon. Adeniyi Adebayo.

The second AfSNET conference saw the adoption of an institutional and governance framework for the African Sub-Sovereign Governments Network which was launched by Afreximbank in 2021 at the inaugural conference held on the sidelines of the 2ndIntra-African Trade Fair (IATF) held in Durban, Kwazulu-Natal, South Africa, with the mission of promoting peer learning, cooperation and collaboration among sub-sovereign governments.