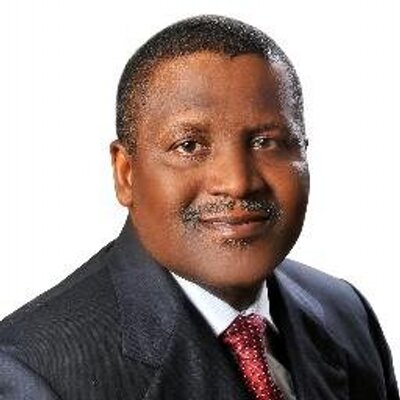 As an entrepreneurial superstar, Aliko Dangote has been something of an outlier.

Persistently the richest African for the last 9 years in a row (with an estimated net worth of around $13 billion), you would be forgiven for thinking the Nigerian’s immense fortune is built on oil, as is the case for many of his counterparts.

Dangote’s business empire is primarily built from his company, Dangote Cement, although he started by selling commodities such as sugar, salt, and flour.

After graduating at 21 from Islam’s most prestigious Egypt’s Al-Azhar University, the entrepreneurial bug continued to bite greatly. After identifying a gap in the market, he took a loan of $3,000 from his uncle to import and sell agricultural commodities in Nigeria. The business venture became so successful that he paid off the loan within three months of starting the business.

Since 1981, the Dangote Group has grown in leaps and bounds to now own and oper- ate over 18 subsidiaries cutting across a range of industrial sectors – including Dangote Sugar, Dangote Cement and Dangote Flour.

According to Forbes magazine, the cement subsidiary of the Dangote Group accounts for 80% of total revenue, producing 44 million metric tons of cement every year across 10 African countries. The publication ranks him the 100th wealthiest per- son in the world.

Dangote also owns the world’s third largest sugar refinery, and together, all of his publicly traded companies make up a quarter of the market capitalization of the Nigerian Stock Exchange. How did he arrive here? After President Olusegun Obasanjo’s government had introduced measures to protect the Nigerian market for local production in 1997, Dangote grabbed the opportunity and went from importing into producing sugar, salt, and flour.

It was during that time that he also moved onto cement production after being awarded a state-owned cement company. Using his own capital, he increased the manufacturing capacity of the company in 2005 into a multimillion-dollar entity by investing $319 million from his personal fortunes and securing a $479 million loan from the International Finance Corporation (IFC), a sister organisation to the World Bank.

The Dangote Group is one of the largest private-sector employers in Nigeria as well as the most valuable conglomerate in West Africa.

Aliko Dangote turned a local commodities trading businesses into a multibillion-dol- lar business while most of his peers were obsessed with oil.

But now he is the one person poised to revolutionise the Nigerian economy by ending the irony of Africa’s biggest oil producer importing $7 billion of fuel a year. Dangote’s latest project could enable Nigeria to meet its own fuel needs as well as supply its neighbours.

The conglomerate is expected to spend $15 billion building one of the world’s biggest oil refineries. Already, on a peninsula east of Lagos. Over and above his own cash reserves, Dangote secured a loan of $650 million from the Africa Export Import Bank (Afreimbank) for the oil refinery.

Already, 30 000 workers are employed during the construction phase on a project that could add $13 billion, or 2.3% to the gross domestic product, according to a 2018 estimate by London’s Renaissance Capital. The Nigerian Central Bank Governor, Godwin Emefiele, has said that the project could employ more than 70 000 people when operational.

“Yes, the risks are high, the challenges are high,” says Devakumar Edwin, chief executive officer of the refinery complex, who’s worked with the billionaire for about three decades. “But the rewards are also high.”

Even for Dangote, the petrochemical complex is ambitious. The site can only be described in superlatives. Nigeria’s largest-ever industrial project, it boasts a distillation column for separating crude into various fuels at different tempera- tures that is the largest of its kind in the world.

Refinery apart, the complex will also house a gas processor and the world’s biggest plant for ammonia and urea, which is used in making plastics and fertilizer.

Still, Nigeria’s previous attempts at motor fuel self-sufficiency have not been successful. The country’s four state-owned refineries, opened in the 1970s, have run at a fraction of capacity before closing early this year for a revamp.

This is not Dangote’ s first attempt at entering the refinery industry. In 2007 he bought one of the state plants only to see that transaction swiftly reversed by a new government.

“Earlier efforts to use industrial develop- ment as a way of cutting the country’s dependence on oil have mostly fallen short. Nigeria has sunk at least $5 billion into the Ajaokuta steel mill project on the banks of the Niger River since 1979, and it still isn’t in production,” write Bloomberg Media’s Elisha Bala-Gbogbo and Antony Squazzin.

Also stacked against the venture is that Dangote is “entering a very competitive market at a time when refining margins are being squeezed by the collapse in oil prices.”

According to the report, profit margins for refineries in July this year were at their lowest since 2010, with one industry in- sider describing them as “absolutely catastrophic”.

The move also threatens to “displace the cartels that have dominated Nigeria’s fuel-import business for more than two decades, a source of wealth for the politically connected and motivation for the continuing dysfunction of domestic refineries.”

The Nigerian economy is in trouble. The country is reeling from the impact of the Covid-19 pandemic and the record plunge in oil, which accounts for more than 90% of its foreign exchange earnings. The country has devalued its currency’s twice since March this year. And for the first time ever, it took a loan from the International Monetary Fund, which forecasts a 5.4% economic contraction this year.

Meanwhile, the Dangote Group is reported to be in talks with oil producers for the supply of crude to the refinery, although it hopes that within two years of beginning operations as much as 100 000 barrelsa day will come from two oilfields it bought from Royal Dutch Shell PLC.

Despite the heavy odds against it, the Dangote project could, “once up and running… be a strong symbol of industrial progress in a country that has had many false dawns in its quest to lessen its dependence on crude oil.”

As an empire builder, Dangote’s confidence in his own investment decisions is his obvious strength. During an interview with Al Jazeera News, he explained, ‘‘We [Dangote Group] are not doing like other Africans who keep most of their money in the bank. We do not keep money in the bank. We fully invest whatever we have and we keep on investing.”

A conscientious and responsible corporate citizen, Dangote has pledged $100 million to fight malnutrition in his home country. “I want to be known as the biggest philanthropist in Africa,” he was quoted declaring.