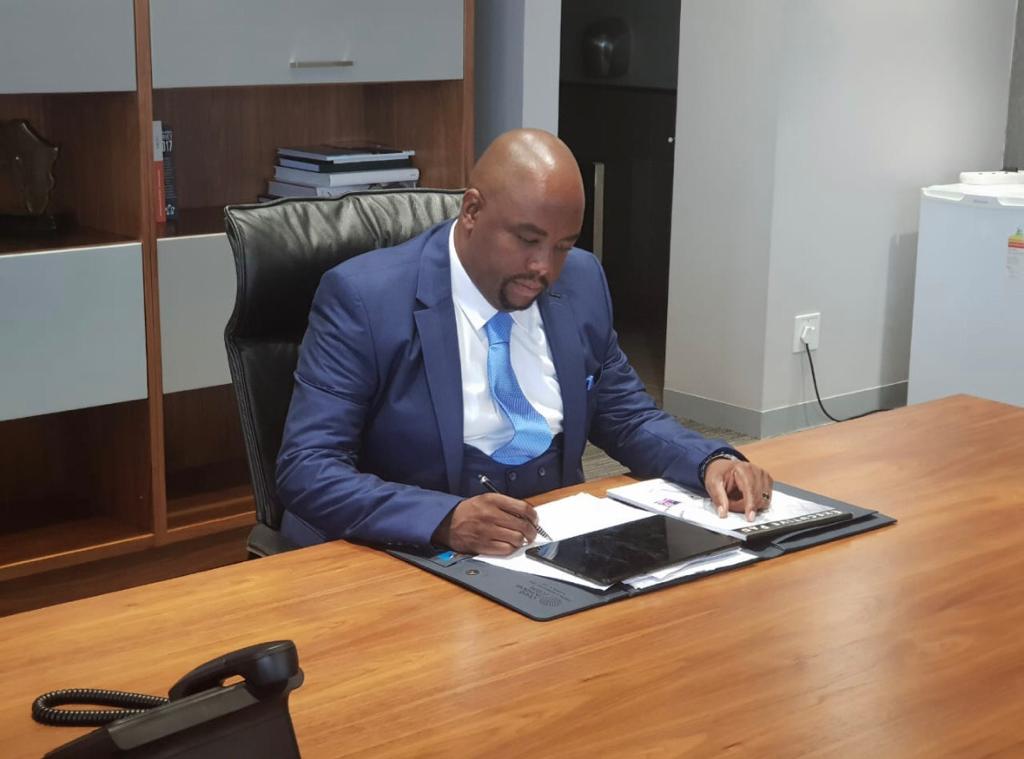 After many seminars were held not only on the continent, but across the world too, to celebrate the 58th instalment of the Africa Month celebrations, the recently established company in the Brandhill Africa stable, Brandhill Africa Institute of Public Diplomacy has launched its maiden seminar to mark the last day of this epoch making date in the history of post-colonial Africa.

Brandhill Africa Institute of Public Diplomacy (Pty) Ltd is privileged to partner with such significant stakeholders as the Growth Diagnostics (in collaboration with the North-West University Business School); the Pretoria Chamber of Commerce and individual business leaders and entrepreneurs from across the continent in host this auspicious webinar on the AfCFTA in honour of the African Diplomatic Corps and the broader diplomatic community as led by the Dean of the Diplomatic Corps, Ambassador Ben M’poko.

Saul Molobi, former South Africa’s Consul-General to Milan (2012 to 2016) is the founder and Group Chairperson of this stable of companies and gives strategic guidance while the CEO drives operational excellence. The Deputy Group Chairperson is Dr Nomalanga Sibeko, a Cuban-trained medical doctor.

“We’re privileged that so many Heads of Missions have already confirmed their attendance,” says Stevens. “They are the first port of call for businesses intending to expand their operations into the rest of the continent.”

The programme is as follows:

3. A tribute to Africa – A poetry rendition: Ofentse Nthite

4. Commercial Break: “Made in Africa” – Nicole Larissa Nelson of Made by Coco

Stevens strongly recommends those interested to attend the event through Zoom to register by clicking on thus link:

https://zoom.us/meeting/register/tJUrf–grTovEtdBZBuew4PMRvOlI_8ZOmnI. After registering, you will receive a confirmation email containing information about joining the meeting.

Others may prefer to join the seminar through virtual platforms such as Facebook; YouTube and LinkedIn by looking out for the Brandhill Africa accounts.

After an illustrious career as a member of the post-apartheid Parliament of the Republic of South Africa, Stevens Mokgalapa exited active politics from his most recent deployment as the Executive Mayor of the City of Tshwane to invest his vast experience in foreign policy development and implementation in running a public diplomacy agency aimed at managing reputations of African countries as they integrated into a free trade area following the implementation of the Africa Continental Free Trade Agreement (AfCFTA).

The advent of globalisation has indeed necessitated that cities, regions/provinces, countries and continents forced brand themselves so that they could compete for foreign direct investments and tourism and to open market access opportunities for their strategic exports – particularly value added products. The whole purpose of nation brand is for countries to gain competitive advantage – hence Simon Anholt has coined the concept of competitive identity.

As the Brandhill Africa group, we have positioned ourselves as a “competitive identity and public diplomacy agency”. “Public diplomacy” involves mobilising non-state actors (such as the private sector, civil society and academic institutions) as the arsenals of “soft power” (as coined by Joseph Nye) to deliver a country’s foreign policy or national interests.

This means the primary clients of the Brandhill Africa Institute of Public Diplomacy are the diplomatic missions (representing 55 AU member states) resident in South Africa and other African capitals which we should support in managing their countries’ nation brand images and to position them as viable destinations for tourism and investments while at the same time promoting their strategic exports. These are undertaken under a programme we’re referring to as the “Africa House”.

“This is the new non-political partisan terrain I’ll be embarking upon to make a difference in the lives of our people,” Stevens said with a binge of confidence. “My experience has taught me that not every political problem requires the formation of a political party. Although political parties are necessary, their contestations often inadvertently lead to societal polarisation.

“Through this Institute, I hope to build bridges not only among the South African people, but to contribute to all efforts intended to galvanise the integration process of the continent into a free trade area through the implementation of the AfCTA. So this seminar is only the beginning. I will be helping to even address social ills such as racism, afrophobia, xenophobia and even gender-based violence. We can’t talk about African renewal without confronting these scourges.”

A seasoned servant of the people

To understand Mokgalapa’s hitherto political orientation and activism, one should situate that within the context premised on the fact that when Nelson Mandela was released from Robben Island, he was only 13 years old, living in Winterveld, and he matriculated in 1994.

He has dedicated two decades of his life public service – first ten years as a local government representative (Cllr) and the next as a member of parliament (MP). His entry into local government politics began when he served from 2000 to 2006 Ward Councillor and from 2006 to 2009 Proportional Representative Councillor. As a Ward Councillor, he focused mainly on developing community awareness campaigns; embarking on social responsibility programmes by supporting NGOs and CBOs in his community.

He then graduated to national politics in 2009 when he was elected to serve as a Member of Parliament on the opposition benches. This was where he honed his competencies on international relations and cooperation. He was privileged to serve in the SADC Parliamentary Forum from 2017 to 2018. This gave him practical experience on issues of regional integration.

As an MP, he served in Portfolio Committees on International Relations and Human Settlement (and in both as his party’s shadow minister).

Furthermore, serving SADC also included being in the election observer missions as a field leader in the national elections of Botswana in 2014; Zanzibar, 2015; and  Zimbabwe, 2018. His mandate was to lead the field group, observing and reporting the electoral activities and assessing  voting day readiness and post results environment. Based on his group’s report, the mission would then pronounce whether the elections were free and fair.

His wheel of professional politics came full circle when he returned to local government in 2019 when he assumed the mayorship of the country’s administrative capital, the City of Tshwane. The city contributes 10,1% to the country’s GDP – bigger than that of six provinces. His responsibilities included providing leadership to the city administration; budge management; hosting outreach programmes; and chairing mayoral committee meetings.

From 2016 to 2019 he served as the President of the Africa Liberal Network (ALN) and the institution’s representative on human rights. This afforded him the opportunity to serve in the Executive and the Human Rights Committees of the Liberal International from 2011 to 2019.

His insatiable passion for development at local government level saw him serving in the Boards of Directors for the Sunnyside City Development District and Arcadia City Improvement District in 2004 and 2005 respectively.

The principle of life-long learning

He continuously garnered educational qualifications to sharpen his political mind. In 2010 a Certificate in Election Observation Monitoring from the SADC Parliament Forum Academy. In 2016, he received a Certificate in Mineral Resource Management from the AFRODAD Summer School’s African Forum and Network on Debt and Development. And finally, 2019 received a Post Graduate Diploma in African Studies and Public Policy from the University of Johannesburg.

Stevens Mokgalapa is reachable on stevens.mokgalapa@brandhillafrica.com