An Egyptian woman who dared: the Nawal El Saadawi I knew 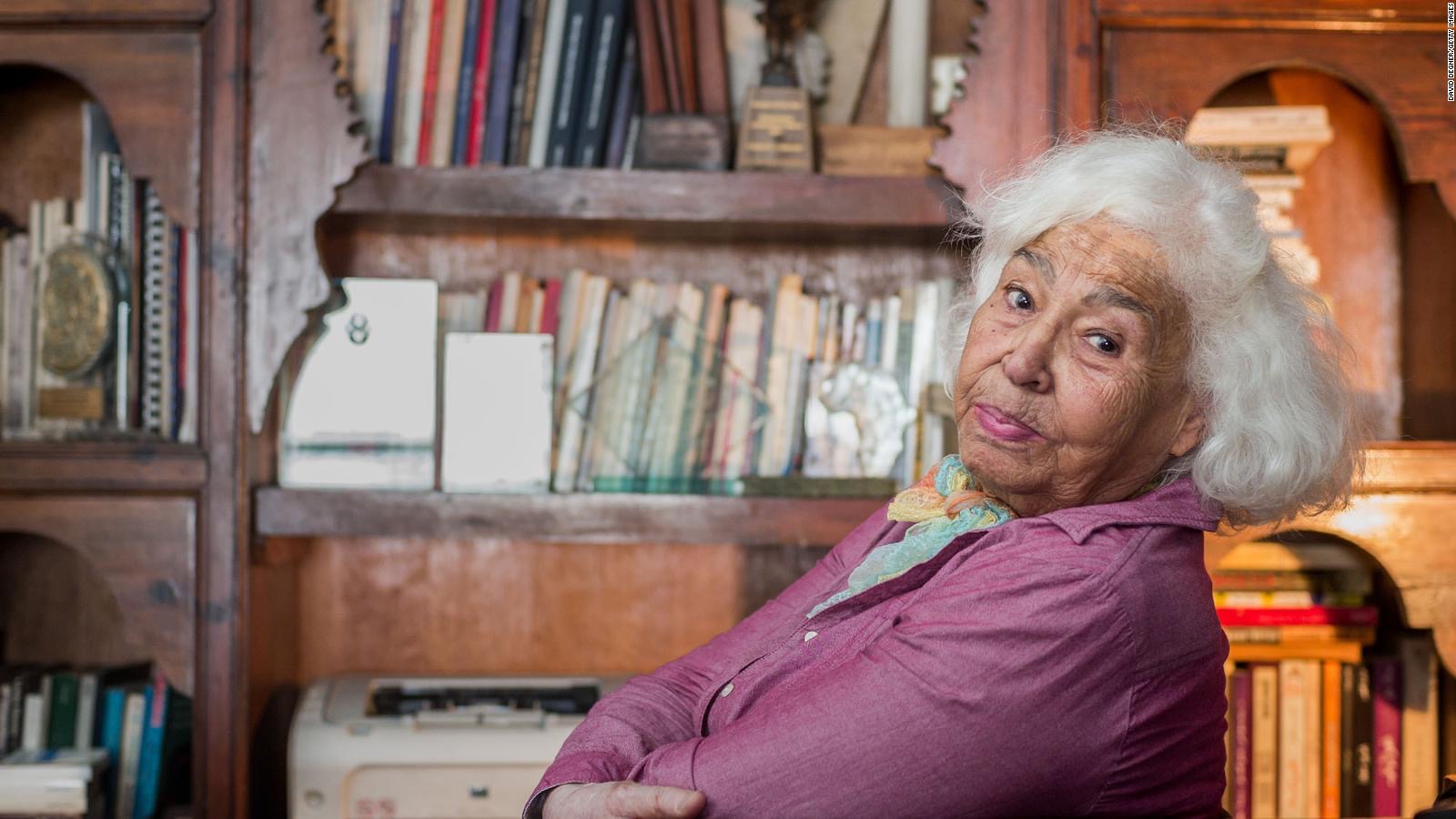 Throughout the Middle East and beyond, the name Nawal El Saadawi is not one that can be received with indifference. During her lifetime and even after her passing on 21 March 2021, the Egyptian author, physician and activist evokes intense feelings that range from love and respect to hatred and offence.

This comes as no surprise. Nawal was someone who unabashedly crossed all boundaries set by religious, political and societal authorities. When I had the privilege of meeting her, we immediately became friends.

Something in her eyes, manner and voice gripped my attention. She spoke for me and for millions of others who were silenced by layers and layers of falsehoods and banal obligations in the name of honour and duty. She ‘adopted’ me, like she did with many of the young people she met.

Nawal said that she realised from a tender age that she was born into an undeniable hypocritical patriarchal standard that colours every aspect of life. The standards which set boundaries against the forbidden seemed to vanish when it came to her brother and other men.

Social norms and religious orders not only protected men but bestowed many liberties on them, from sexual freedom to rights of education and self-expression. The young Nawal’s sharp analytical mind soon realised that the same double standards applied to colonial powers, who gave themselves the right to plunder, abuse and occupy poor and underprivileged societies in the name of enlightenment, science and progress.

Finding herself and fellow Egyptians suffering under patriarchal and British colonial rule, Nawal went on a personal search for God, truth and justice.

In her search she went beyond everything presented to her as a given: the sacred and profane, the divine and blasphemous, the allowed and the forbidden.

The girl who tipped the coffee tray

Her life took a natural course of militancy and dissidence when she had to stand up for her rights at an early age. Born in a small village in Kafr Talha in Egypt in 1931, Nawal, as was common with girls of her age, was presented with a suitor at the age of 10.

Without consulting or fearing anyone, she tipped the coffee tray over him as a sign of disrespect. With the same tenacity, she fought to become a psychiatrist and excelled academically.

Later, in her medical clinic in the village, women facing the threat of an ‘honour killing’ were brought to her for examination, accused of having lost their virginity before marriage. Nawal discovered that many of these women were still virgins, scapegoats for the impotence or fickleness of their partner.

Outraged by the prevailing double standards, she wrote Women and Sex to educate the public, particularly about female genital mutilation, starting a campaign against the practice.

Her action was seen as outrageous; not only was her book banned – the first of many – but Nawal also lost her job in the country’s health ministry and the health magazine she headed was closed down. Not to be stopped, she founded one NGO after another, the most famous of which is the Arab Women’s Solidarity Association, which became synonymous with the slogan “lifting the veil from the mind”.

“Solidarity between women can be a powerful force of change and can influence future development in ways favourable not only to women but also to men.”

Later, in exile mostly in the US and the UK where she was frequently hosted by universities, she recorded her struggles in her three-volume autobiography and in her many talks and teachings.

Everything for Nawal was linked

I had the good fortune of becoming Nawal’s translator, I also produced English versions of many of her books. Later, when weakened by illness, she chose me as her official spokesperson. Today I mourn not the writer and activist the world knows, but a mother, friend and mentor who had no equal.

Like many others, I had first met Nawal through her writings and talks. She confronted not only those who were present but the entire world with her reinterpretation, reintegration and re-evaluation of history, politics, the so-called economic world order, religion, gender and self. Everything for Nawal was linked.

She knew that domestic oppression and violence was linked not only to political and economic oppression, but also to a distortion, manipulation and forgery of history and religion. She easily ripped the veils off the minds of her audience, showing that these links are undeniable.

She spared no one in her attack and was ready to pay the price. Her books were banned, she was imprisoned and exiled. She received many death threats and her name was on Islamic fundamentalist death lists. She was accused of apostasy (abandoning her religion) and had to face one court trial after another in which her husband and family were not spared.

An elder at Tahrir Square

Nawal taught me that illusions take many guises – and the worst are fear and death. She told me that she feared prison until she was thrown into one and realised that her fear was ungrounded.

Prison gave her the chance to prove to herself that nothing is impossible. As a political prisoner, she was denied pen and paper; in reaction, she borrowed an eyebrow pencil from the prostitutes’ section and got hold of toilet paper on which she wrote her immortal story Memoirs From The Women’s Prison.

What saved Nawal was her open and optimistic spirit and the resonance that her voice found with succeeding generations of young people.

In Tahrir Square in 2011 young people surrounded her and saved her from physical attacks as she participated in the Egyptian revolution. She filled the young with hope, telling them that as we dream, we will succeed.

Nawal saw that dissidence is key to creativity; that true creativity is the key to revolution; and that revolution is the path for liberated humanity. In her teaching and writing, she adhered to her trinity: creativity, dissidence and revolution.

She believed that writing is an act of speaking the truth, an act of courage – otherwise it is cheating the self and others because it serves the interest of those in power and does not serve the people.

In my last interview with her in November 2020, around the occasion of her 89th birthday, I asked her what message she would like to tell the world. She said: “Tell them that the honest word is the one that endures.”

To my mentor, mother and friend I dedicate this humble tribute that does not do her justice, as words become mean and meaningless in their description of a giant like herself. I say goodbye to a woman who was able to create a cultural revolution in the hearts, minds and souls of those people whose lives she touched.