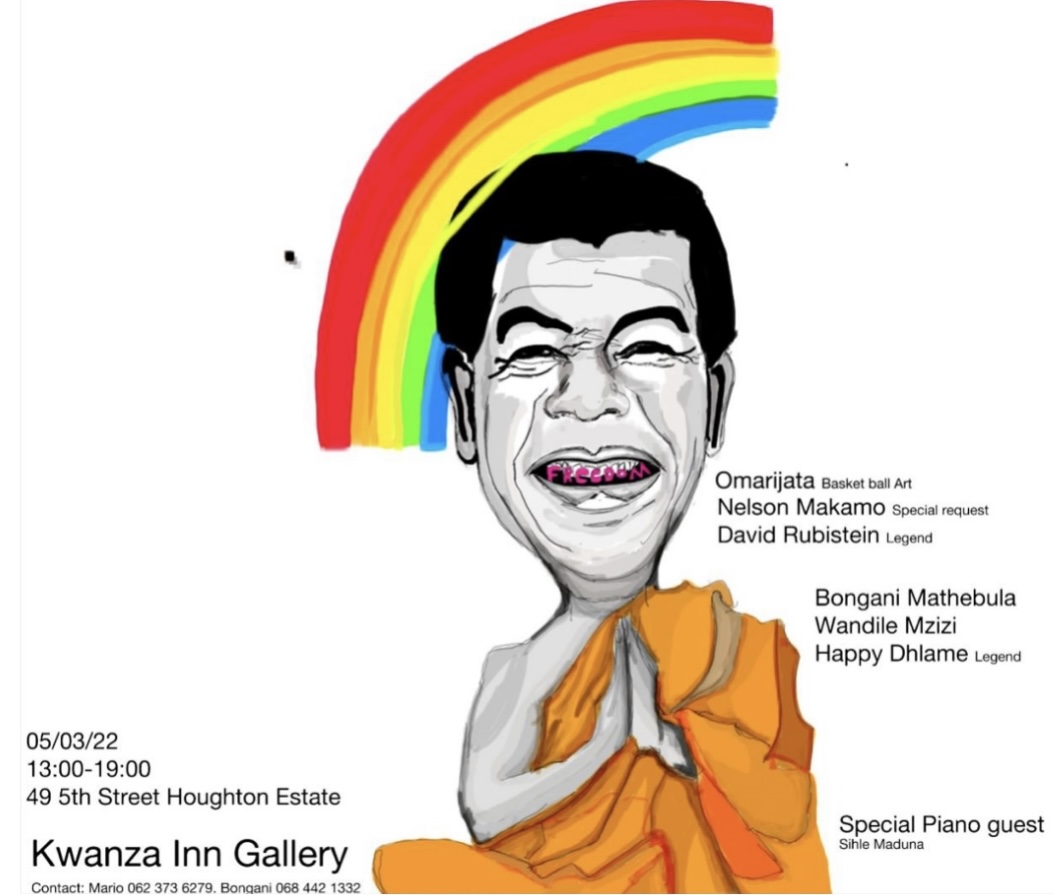 This Rainbow Nation Multiverse Exhibition takes a good look at the changes that happen on a daily basis; the diversity of people from South Africa and across the African Diaspora, and other countries across all ethnic identities who have integrated through the inevitable and unstoppable cultural osmosis to form the un-named-yet-societies that will build and birth a new nation – that is, an antithesis – of people who have never existed before the e/mergence of this bond that’s been taking place, more rapidly recently than ever since the Rainbow Nation concept of the iconic Nelson Mandela, was coined uniquely as such by the indomitable Archbishop Desmond Tutu, to forge an ideal nationhood of what South Africa has become – a product of what Stuart Hall, that celebrated cultural critic, has described as symbolic of the inevitable dialectics of culture.

The Rainbow Nation is becoming bigger than a concept only for South Africa as it is a reality of various identities merging into one country literally – indeed these are exciting times.
The Exhibition is another telescope scrutinising the finer details of current times and appreciating the changes amongst people: 1. The E/Mergence 2. Bonding
the idea of a new Born Nation from the Blood of Many Nations who have become a Society.
The artworks are a Beautiful Combination of artists Ranging from different Age Groups, a Talented Group of personnel who Mentally exist from Secondary planets and what we call Thirty-ndary planets for those who explore more Journeys of the Soul and Planets than Others.
This is where the Rainbow Nation Multiverse is deeply formed by merging a diverse group of Artists who are finely tuned in to themselves, their crafts, who deeply and authentically care about the environment, and well being of humanity, the very same Rainbow Nation has made it possible to have different artists from different worlds; in Craft, Spirit, lifestyle, country, provinces, Ethnic Groups, Culture who have gathered in the Gallery as creatives to share their Multidimensional lives expressed on to canvasses.
The Rainbow Nation Multiverse is realised through the different multidisciplinary worlds these artists inhabit in Africa, in South Africa, in Joburg, with all the roads leading into the Kwanza Inn Gallery.
You are invited to the experience of the Rainbow Nation Multiverse.