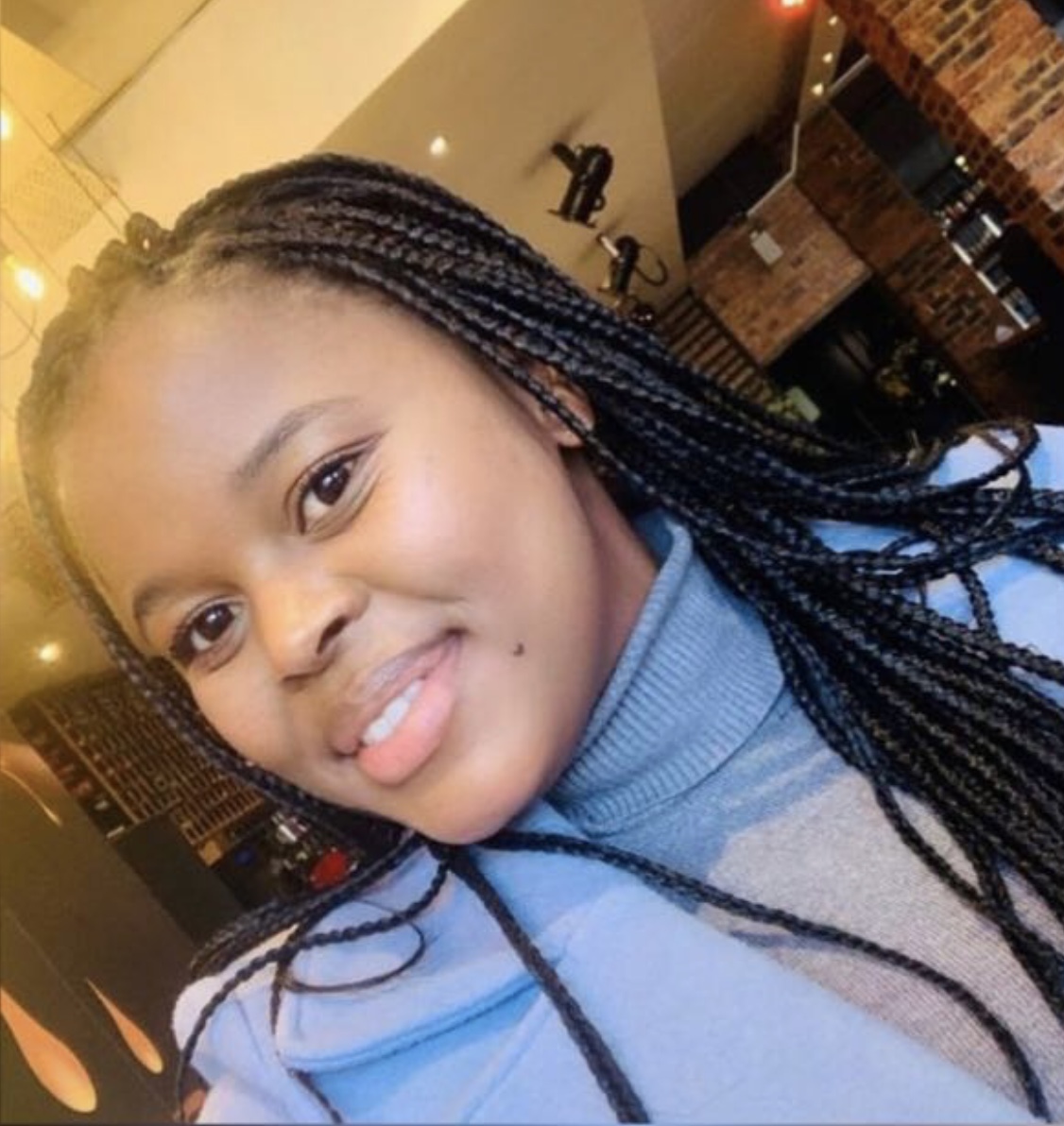 Nondu Mhlungu reflects on narrowing the digital divide in the educational system between the urban and rural child.

I was born and bred in Kwa-Zulu Natal, one of South Africa’s nine provinces. Although it’s rich in historical heritage  and valuable natural resources, it is also overburdened  by extreme levels of poverty, unemployment and inequality especially in its rural hinterland. While growing up, I witnessed first-hand the devastating effects of poverty: I lost family and friends to preventable diseases; I  saw families routinely having to make difficult choices between putting food on the table or educating their children – suffering was part of daily life. My peers became teenage mothers in many instances as they were forced to date people who were working so that they could give them money for survival or to escape life of squalor. I witnessed friends having to drop out of school in order to maintain their households.

Fast forward to 2020 – 16 years after South Africa became a democratic state – my community has  seemly progressed but many still live in abject poverty. When you visit my community, the lack of quality education, unpaved roads, bad governance, and other poverty indicators are painfully obvious. Even for those who are not technically living in extreme poverty, survival is still very precarious.

I am one of the lucky few who are managing to survive. I am a brand strategist by profession after managing to graduate from a university. But the dire conditions in my community has driven me to take a stand of trying to contribute by making a difference in the lives of the few – thus I have become children’s right activist.  I run a Non-Profit Organisation (NPO) which has a  strong interest in  the upliftment  and empowerment of the rural child to compete and survive not only nationally but also in the global environment. With the advent of digital technologies, I have been witnessing the rural communities being left behind and the digital divide growing between them and urban communities. This became even more prevalent during the first world-wide hard economic lockdowns intended to contain the spread of the COVID-19 pandemic. The  disadvantage of living in a third world country with lack of technological infrastructure in a non-digitalised country with a poor economy became drastically visible as the rural child was left without resources and tools to proceed with online education  for the school year  as apposed to their urban counterpart with access to internet connectivity, data availability even through WiFi connections, tablets and all manner of electronic gadgets to continue learning. The World Economic Forum (2019) insight report – the Global Competiviness  Report 2019 states that only 54% of the  South African population are internet users in a country of 57 million people, but my question would be what happens to those who do not have access and cannot afford the resources? They are at a disadvantage as internet penetration remains extremely low or non-existent.

As has been noted, a legacy and entrenched feature of the South African economy is that the majority of South Africans have been locked out of participation in the economy.

South Africa is a country consisting of a high number of marginalised  communities where school children  rely on  government and schools to provide them with food, so  this would illustrate that not only was the rural child left without an education but the child was also left hungry. How do we address these issues without creating a cycle of dependency and not addressing the true cause of poverty. It goes without saying that no child deserves to live such a difficult life and no child deserves to be excluded from a global development such as the fourth Industrial revolution which  without a doubt has and continues  to shape the trajectory of the global environment.

In its attempts to deal with the crisis the South African government invited NGOs to participate in the distribution of food parcels  to the families of the children, although this initiative seems to be noble, it’s not responding to issues of growth and sustainability around the fourth industrial revolution but definitely not a solution  to eradicating poverty. These initiatives end up failing because the core of the reason remains unsolved, projects once hoped to improve the conditions of the poor  sometimes sustain the cycle of poverty as it perpetuates long term dependency syndrome but does temporarily attempts to lessen the crisis.

While some of these non-profit organisations have figured out ways to distribute their resources  to some of their citizens, we would not consider them prosperous because the  distribution of resources  have not bred a culture of inquiry, innovation and a diversity of markets. They have not led to socio-economic mobility for all. And those resources have not led to an environment in which prosperity will become sustainable after those natural resources run dry, get exploited or lose their value. This illustrates the importance of understanding what creates poverty in addition to poor policy, legislative, regulatory and administrative capacity.

According to Googles Notes examples of digital innovation in technology involve virtual reality education, artificial intelligence, mobile technology, Gamification  etc, that is meant to be introduced in the educational system the vast majority of our country is faced with issues of old infrastructure that does not support the rapid pace in technological growth  but the challenges faced by innovators and investors  looking to build successful enterprises.

Technological innovations are having a significant impact on educational systems at all levels – online courses, teaching aids, educational software, social networking tools and other emerging technologies are disrupting the tradition classroom environment.[1]

These technological/digital innovations seem to be  more applicable and progressive  for first world countries  like the United States with more internet users and technological advancement, but third world countries are faced with challenges due to the level of poverty, lack of infrastructure, fragility of governments and even lack of access to water, health care and education.

According to Christensen et al (2019) support the rhetorical question that “how will millions of  South Africans, for whom three meals a day is often a luxury, afford digital devices and data to connect to virtual classrooms? The authors also further posit that “enduring prosperity for many countries will not come from fixing poverty. It will come from investing in innovations that create new markets within these countries.”

The solutions  for  South Africa’s  prosperity rest in an economy in which investments are  directed to innovation which would serve as a catalyst and foundation for creating sustained economic development, thus emphasis needs to be placed  in innovation and market-based solutions rather than conventional development and temporary based solutions.

A discussion would to be aggressive between  government, non-profit organisations, business and investors to focus on how to solve problems. Market-creating innovations can ignite the economic engine of a country. Successful market-creating innovations have three distinct outcomes. First, by their very nature, they create jobs as more and more people are required to develop, market, distribute and sell the new innovations. Jobs are a critical factor in assessing the prosperity of a country.

Second, they create profits from a wide swathe of the population, which are then often used to fund most public services in society, including education, infrastructure, health care and so on.

And third, they have the potential to change the culture of entire societies. As we will show, many prosperous countries today were once poor, corruption-ridden and badly governed. But the proliferation of innovations began a process that helped transform these economies.

The outbreak of the COVID-19 pandemic  in 2020 without a doubt caused great disruption, and more so in the educational system, children that relie on human interaction from their teachers were left unknowing, teachers that relied  on the chalkboard had to find new ways to interact with the learners and this posed serious challenges  that required cost efficient and new innovations. The South African government and its education system were not ready  immediately to repond fully to the challenge and as such they designed ad hoc and interim measures to try and address the imminent crisis For  many countries, this has meant integrating Higher Education And Training with Science And Technology, making the emergent department a cross-cutting centre of research, data management and technological deployment.

Forth Industrial Revolution in context to South Africa

The Fourth Industrial Revolution builds on the ongoing digital revolution as a result of growing access to and use of the internet and digital technology, bringing enhancements with smart and autonomous systems fuelled by data and machine learning.

Strategy to address the issue:

The South African government has consolidated a number of possible solutions to address the digital divide between rural and urban areas but we have to agree that Government cannot do it all on its own. It has since established the 4IR National Commission which include representation from various stakeholders such as public, private and civil society sectors, The Commission is chaired by the President of the country and he’s deputisied by the Vice Chancellor of the discussion in the committees should incorporate 4IR infrastructure development, Biotechnology, 3D printing and a digital economy. The development of the 4IR infrastructure should be incorporated into the existing technological developments such as cell phone towers and signals using the currently existing telecommunication infrastructures to maximise benefits from the country’s resources.

The central and urgent agenda as the country transitions into and attempts to shape the 4IR is the re-skilling and re-integration of the current crop of professionals – particularly the youth demographic. Indeed, the country has to prioritise a human-centred agenda to the 4IR, thereby capitalising on the unique advantage of a youthful population; put simply, realising a dormant demographic dividend. To achieve the desired outcomes, it is necessary to restructure the human development ecosystem, placing people at the centre.

It is very important that no child is left behind sustainable strategies that are adopted to ensure their access to relevant information, education and training tools which should also be made available to rural children. Virtual learning and internet connectivity through Wi-Fi need to be made freely accessible to rural children too.

Social entrepreneurs and investors need to start seeing the opportunity need to address issues around lack of resources and address these inadequacies as they provide a market opportunity.  Potential and capable funders need to start investing in infrastructure development.

The private sector should actually help by supporting governments by generating taxes that would fund many public services. Ford’s decision to target non-consumption and create a new market for the automobile in America and the market’s need to develop and pull in many new resources were critical to the development and prosperity of America. Thus, for South Africa, then, the opportunity is one in which to create economic value through a targeted industrial development strategy and to harness technology and scientific innovation towards the goal of societal wellbeing.

What might seem hopeless on the surface is often actually an opportunity to create new and thriving markets. This insight is not only important for the stakeholders actively trying to make things better for the citizenry such as governments, NGOs and others in the development sector, but also for innovators and entrepreneurs who might not have seen opportunity before. For instance, instead of seeing the roughly six hundred million people in Africa who don’t have access to electricity as only a sign of their immense poverty, we should see them as a vast market opportunity.

So developed countries can help create long-term, sustainable prosperity for developing and least developed nations. What might seem hopeless on the surface is often actually an opportunity to create new and thriving markets. This insight is not only important for the stakeholders actively trying to make things better for ordinary masses of our people, such as governments, NGOs and other developmental institutions, but for innovators and entrepreneurs who might not have seen this opportunity yet.