Dr Amany Asfour: Driving the private sector to deepen the integration of Africa through the AfCFTA 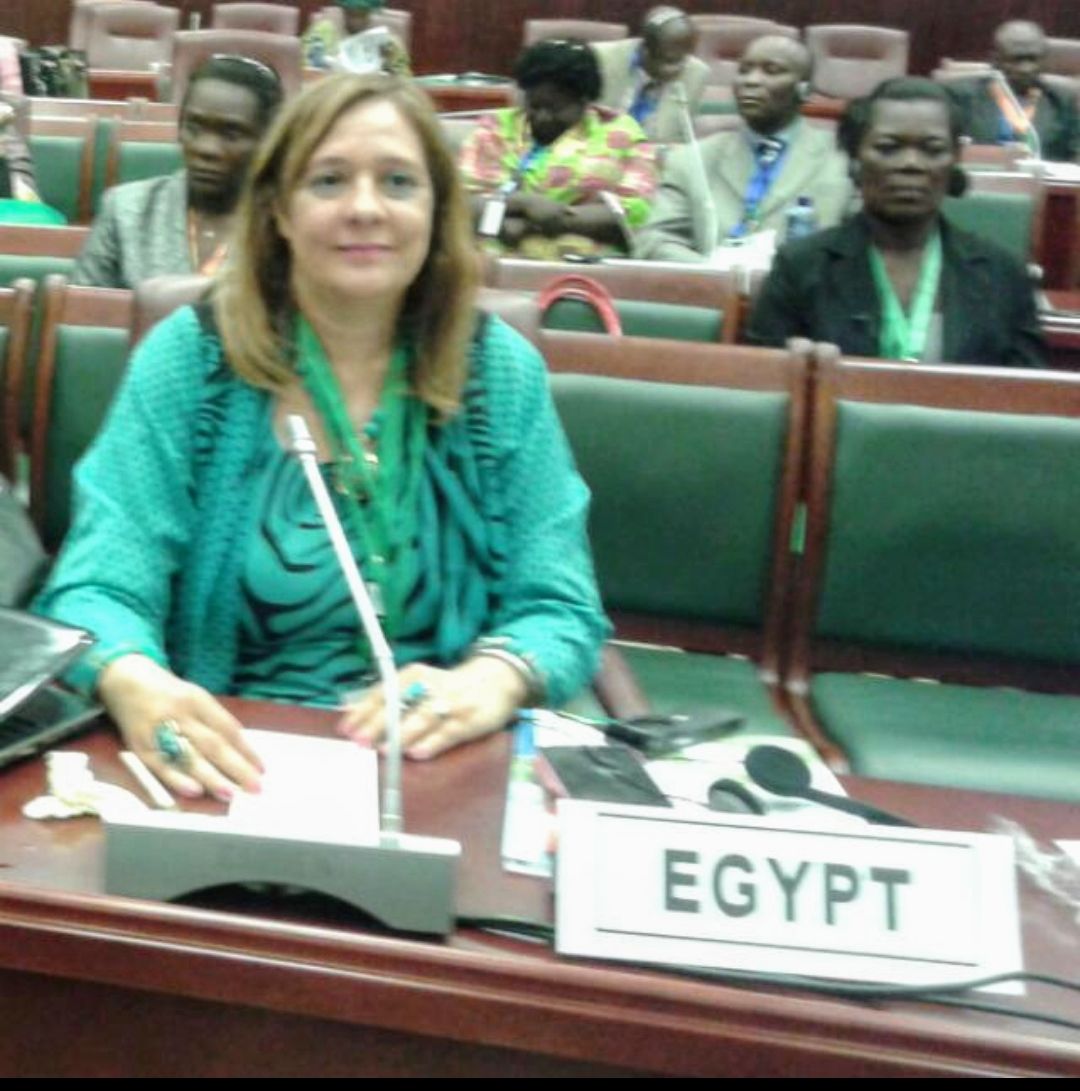 Jambo Africa Online’s Publisher, SAUL MOLOBI, attended “Lighting the Africa Trade Torch” virtually yesterday which was aimed at deepening the participation of Africa’s private sector in the operationalisation of the AfCFTA.

Yesterday, 20 January 2022, the African Business Council (AfBC) – in collaboration with its partners – converged in hybrid (physical and virtual) events from across the continent to observe an epoch-making moment aimed at accelerating the private sector’s role in integrating Africa into a free trade area (FTA) through Africa Continental Free Trade Agreement (AfCFTA ) – the world largest FTA bringing together 55 member states of the African Union (AU) with a combined GDP of over $3,6 trillion and a market of over 1,27 billion consumers by Lighting the Africa Trade Torch. This event celebrated the operationalization of the AfCFTA  from 1 January 2021 which is boosting intra-Africa Trade (BIAT) and promoting “Made in Africa” service and product brands.

This trade jamboree, aptly dubbed “Lighting the Africa Trade Torch”, was held under the theme of “From Cairo to Cape; from Lagos to Mombasa; and from Dakar to Dar es Salaam for Economic Empowerment of the African Private Sector and Boosting our Intra-Africa Trade (BIAT)”. Onboard this continental private sector initiative which was organised by the AfBC were its co-organisers who are its members and included the COMESA Business Council (CBC), Pan African Manufacturers Association (PAMA) , FEWACCI, PACCI, EACCIA, AeTrade Group, PAFTRAC, Afro Champions and African Alliance for Women Empowerment (AFRAWE).

The programme was ably driven by Dr Amany Asfour, the President of the AfBC, from Cairo on a stage with a backdrop of the iconic pyramids in Giza, and the star-studded speaker list for the opening ceremony included H.E. Amb Albert Muchenga, African Union Commissioner of Economic Development, Trade, Industry and Mining; and H.E. Mr Wamkele Mene, Secretary General of the Africa Continental Free Trade Area. Other leaders connected virtually to address this event which was zoomed across Africa and globally from their regional economic bases – these included Peter Varndell, the President of the SADC Business Council. Social media platforms were also utilised to ensure maximum reach to all across the length and breadth of mother earth.

“Lighting the Africa Trade Torch” is an annual event first launched by the AfBC on 20 January 2021 as a means to boost intra-Africa Trade and popularise AfCFTA  among the people of Africa and the Africa’s private sector – including SMEs, women and youth-owned businesses. “Let us all light the Torch together to realise `the Africa We Want’ as we promote our `Made in Africa’ products,” commented Dr Asfour matter-of-factly.

Who is Dr Asfour?

A medical doctor by profession, Dr Amany Asfour has graduated from the Faculty of Medicine at the Cairo University and then furthered her studies to achieve a Masters degree and another M.D. degree in Paediatrics at the National Research Centre of Egypt.

She joined the private sector from her early days as a student at the Faculty of Medicine. Within a few years, she was able to establish her company in Health Care Management and Medical Equipment supplies promoting more than 30 brands. Her interests were not limited to establishing her private business only but soon she realised the importance of creating an organisation advocating for the economic empowerment of women; young women entrepreneurship development; and the imperatives for creating new jobs and descent work for women; helping open market access for women through trade and empowering them to access finance to capitalise their businesses. As a result she established the Egyptian Business Women Association in 1995 with the objectives of promoting young generations of women entrepreneurs as well as mentoring and coaching women entrepreneurs owning small and medium enterprises; and helping to deepen the role of women in the entire eco system – that is, participation in value chains and providing value addition.

Dr Asfour moved further to establish the Federation of Business and Professional Women (BPW) Egypt. Holding a strong belief and conviction that financial independence for women gives them the power of choice and voice, she directed her activities towards economic empowerment of women; capacity building and development of human resources; emphasise the need for equal opportunity for girls and women for education and training; and, promotion of women in Science and Technology, Engineering and Mathematics (STEM) education.

From her conviction that African women should have one voice and that the empowerment of African women is cardinal to Africa’s development and prosperity, Dr Asfour founded the African Alliance for Women Empowerment (AAWE) which has focal points all over the continent. It supports women entrepreneurs in undertaking business projects and brand positioning and entrenchment of products by women entrepreneurs and women owners of small and medium enterprises across the continent.

Dr. Asfour is a highly decorated business leader. She’s also the founder and Chair of the African Congress for Women Entrepreneurs; has been elected as the Chair of COMFWB ( FEMCOM); Egypt Federation of Business Women Associations in the COMESA Region; and she has also been elected as the Chair of the COMESA Business Council, the apex body of the private sector in COMESA and she is the first woman to chair this organization for two terms till 2018.

An ardent advocate for Africa’s economic integration, she has established her new company Africa Vision with the primary strategic objective of driving the economic integration of Africa through increasing intra-Africa trade; implementing the Africa Continental Free Trade Area goals in pursuit of the noble idea of “the Africa We Want”. “The AfCFTA gives us an opportunity to drive our agenda. For many years, the African business community has been individualistic in driving the continent’s agenda. It is an opportunity for us as the African Business Council to come together and support the implementation of the AfCFTA. We are a united voice, and we can do this together”, Dr. Amany Asfour was previously quoted at the launch of the AfBC.

Her strong belief in the importance of scientific research and technology for development has seen her being elected the Secretary General of the African Society for Scientific Research and Technology (ASSRT) where her target is accelerating industrialisation in Africa through technology and scientific research and value addition to the raw materials of Africa. She advocates for the continent to export beneficiated goods instead of raw materials and commodities. She also calls for the inclusion of women in science and technology and transfer of technology for women in business in all fields – especially agribusiness and support for the SME sector.

Her insatiable commitment to economic empowerment of others has led to Dr Asfour being awarded many awards from Egypt, other parts of Africa, Arab world, Islamic world and from all over the world.

About the African Business Council (AfBC)

The African Business Council is the apex body on the promotion and lobby of the Pan-African Business interests. It serves as a key pillar within the architecture of the AfCFTA by ensuring there is organized interaction between the Pan-African Private Sector and African Policymakers. Following months of consultations, this continental business body was unveiled at a Side Event, “Introduction of the AfBC and its role in Africa’s industrialization”, held on the margins of the 2020 African Industrialization Week (AIW) which took place from 16 to 22 November.

It’s vision being of “a competitive, innovative and borderless Africa for trade, investment, and industrialisation”, the AfBC’s mission is “to be the premier advocacy arm and platform for private sector cooperation and engagement at the African continental level, strengthening economic, commercial, business and investment ties among the business communities of the African continent, while ensuring regular inclusive dialogue with the African Union.”

In her statement, the AfBC President, Dr Amany Asfour, stated that it had been the collective desire of the AU Commission, the Coalition for Dialogue on Africa (CoDA) and Africa’s private sector stakeholders to see the effort to establish the AfBC become successful. She added that “given that the success and operations of the AfCFTA depend heavily on the private sector, its architecture has always made provisions for the establishment of an African Business Council as a necessary continental platform for aggregating and articulating the views of the private sector.”

The President went on to outline the mission of the AfBC as “to be the premier advocacy platform for private sector cooperation and engagement at the continental level while strengthening economic and investment ties among the business communities of the continent and particularly, ensuring regular inclusive dialogue with the African Union. As part of its objectives, the council will advocate for business interests of the African private sector; promote trade, industrialization, and investment in Africa, and between Africa and the rest of the World. In addition to this, it will also support and empower the participation of SMEs, women and youth in the African and global economy.”

The membership to the AfBC is open to national, regional and continental private sector organizations/associations. It is an independent private sector institution of the African Union.