Dr Dustin Ramahanedza: “Preface” to the “The biggest lie in the history of mankind” 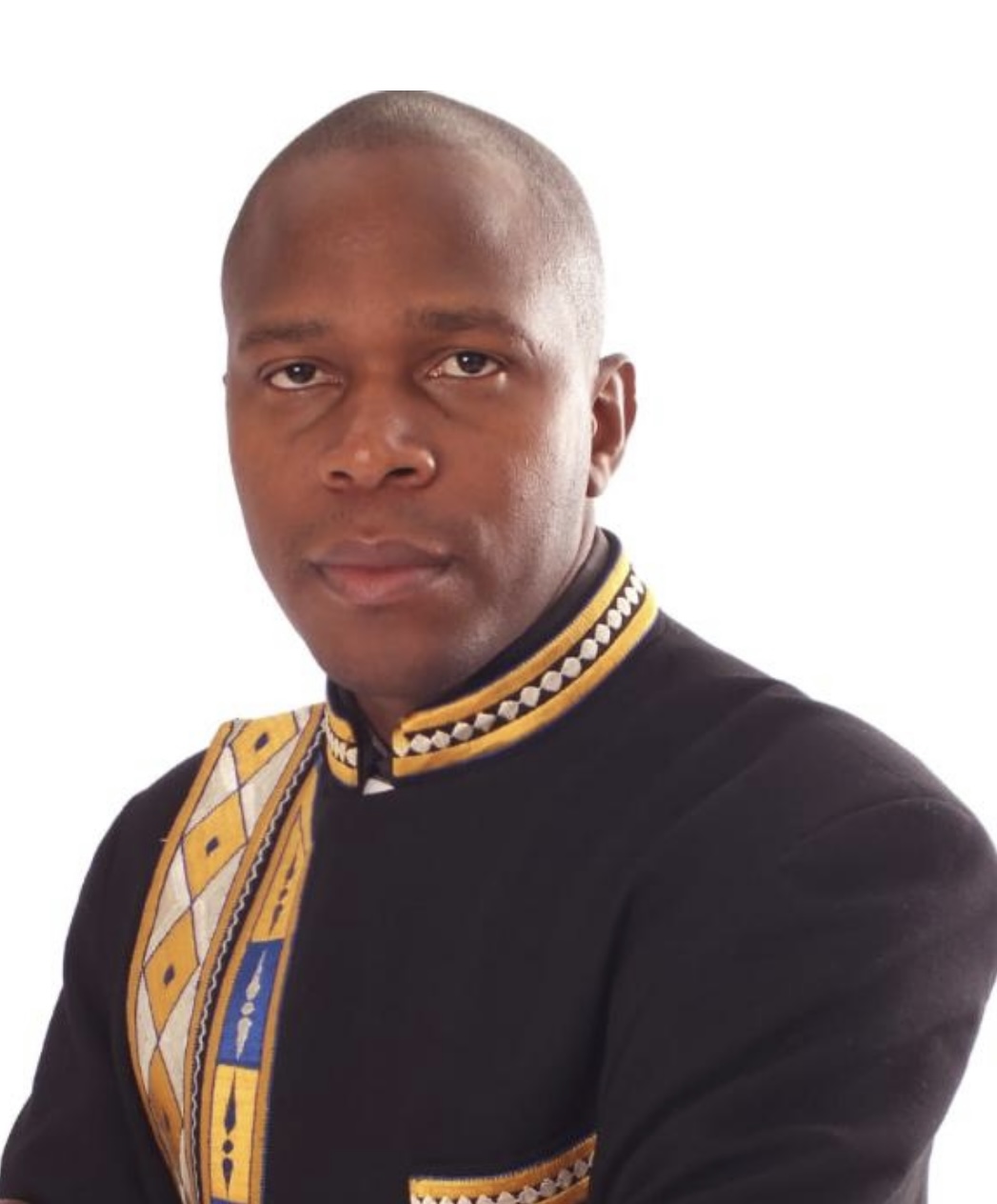 The thinking of hell as a literal place has for centuries created global church psychosis and has subsequently crippled the development of church as a truly united institution representing God on earth and has thus failed to cultivate responsible kingdom citizenship and world peace.

In reading the present bible; (old and new testament) it has always worried me that none of my favoured biblical heroes ever mentioned the “Christian-Hell” that most of us as evangelical preachers consider to be “gospel-truth” and a sacred article of faith. Their relative silence on the subject is both disorientating and revealing.

It would have been truly refreshing to hear what Adam, our first human ancestor, fresh from the creative hand of God would have had to say about hell especially given that according to Genesis 3; the lord God would literally walk in the garden even in the cool of the day to have a fellowship with the pair and have some regular project status meetings. Adam however NEVER once mentioned anything about hell (pre and post the fall). This is because according to the bible; God himself NEVER mentioned anything to him or Eve about the endless punishment in a place called hell.

In Genesis 2:17; God says that the wages of sin is “you shall surely die.” and further punishment for the pair also included “In the sweat of your face; shall you eat bread, till you return unto the ground [not be made prisoners in a prison of endless pain and torture in some place called hell]: for out of it [the ground] were you taken; for dust you are, and unto dust shall you return” (Gen. 3:19). So conclusively; God NEVER mentioned anything to Adam and Eve about punishment in death or even after death.

Cain; the first born to Adam and Eve; a farmer and a first recorded murderer in the bible; subsequently had to account to God for his murderous deeds; this narrative is recorded in Genesis 4 and the subsequent punishment handed down by God was that “And now are you cursed from the earth which has opened her mouth to receive your brother’s blood from your hand; when you till the ground it shall not henceforth yield unto you her strength; a fugitive and a vagabond shall you be in the earth”

Genesis 4:13 records Cain as saying that his punishment was greater than he could bear. If Cain really thought being a fugitive; a vagabond and having poor crops was greater than he could handle. Can anyone comprehend what he would have said or done had God told him that he would be punished for ever and ever in some lake of fire prepared for the devil and his comrades?

Noah would have been another hero with interesting views on the subject of hell; especially him being a righteous man who walked with God and received special global instructions from Him and reportedly instrumental in the wiping out of the entire life from the face of the earth by water. Unfortunately, Noah NEVER once mentioned anything about hell either.

Genesis 7:22 tells us that “All in whose nostrils was the breath of life, of all that was in the dry land, DIED” This is consistent with how God punishes evil.  Death. Did all the people who drowned in Noah’s flood go to hell for endless punishment and did Jesus say they are being punished as we speak? NO; according to Genesis 7;22 they all DIED; they are still DEAD and according to Luke 17:27 “the flood came and destroyed them all.” Is it perhaps possible for destroyed dead people to know pain and misery and punishment? No… According to Ecclesiastes 9;5 “For the living know that they shall die: but the dead know not anything”

Abraham; a man considered a friend of God and a patriarch of the Jewish, Muslim and Christian faiths also could have had a lot to say about hell but he NEVER once mentioned hell in the Christian bible.

Even Moses; who delivered the commandments directly from the hand of God from mount Sinai and delivered Israel out of bondage and led them to the promised land; He also NEVER even through the commandments, regulations and laws he spear-headed for Israel; NEVER once mentioned anything about hell. In fact; there is not one verse in the Old Testament scriptures that speaks of punishment after death or in death.

King David; who according to 1Samuel 13:14; is a man after God’s own heart; not even he ever once mentioned anything about hell. How about Jeremiah; the weeping prophet? John, the beloved disciple? Peter the rock? Paul? The one himself who wrote some third of our today’s New Testament bible? None of these biblical heroes EVER mentioned anything about hell throughout scriptures.

Jesus also NEVER once mentioned or used the word hell in any language; Not in Hebrew; Not in Aramaic and certainly not in Greek either. Well of-course Jesus didn’t speak English including the 16th century King James English with all the “thees and the thous”; and to remember is that English was not even a language in existence when Jesus walked the earth.

There are three generally misinterpreted words for hell in the bible and they are i) Sheol ii) Hades       and iii) Gehenna. Jesus used the last one; Gehenna; which in Hebrew translates “the valley of hinnom” and was a reference to a city gabbage dumping area on the South East of the old city of Jerusalem in the time Jesus walked the dusty streets of Jerusalem in Israel. The place now of-course no longer exists. It is now a public park area with some beautiful palm trees, picnic benches and flowers and no longer the huge flame that burns the city’s garbage which Jesus referred to as the flame that “goeth out not” and the worm that dieth not” (KJV). Today the flame is out and the worms are dead.

The word sheol, used in the original Hebrew of the old testament means grave and/or refers to the cemetery. Hades is the Greek word for the same or the death of the dead. The word hell is mentioned about 68 times in the bible. 11 of the 12 times mentioned by Jesus Christ it is not the word hell but the word Gehenna.

The point is that all doctrines that negate the finished work on calvary will be exposed; they are fast drying up and becoming spiritually bankrupt and irrelevant. Christianity as a way of life must become a transformative revelatory process and must usher in new levels of consciousness and a spiritual culture that empowers the body of Christ and set the people of God free.

This publication is about embarking on a discovery journey that will reveal the true profound nature of the love that God has over His creation, rather than portraying him as a monstrous God of eternal hatred and endless torture.

Christians all over the world are awakening to the broader truth about this subject and of-course this transcends erroneous biblical interpretations and thousands of years of intrenched indoctrination.

May the truth of God set us free from wrong religious mindsets that negate the finished work of calvary; even if it assaults and assails our long held faith traditions and inconveniences our believe systems. It does seem that there is indeed love, life and light after the religions of the world.

May all who love the truth and have ears to hear; hear!

About the author and the book

Bishop Dustin Ramahanedza is the author of the best-selling “the tithing dilemma”- a scriptural exposition of the Christian tithing doctrine. He serves as the general overseer of Elshaddai Family Worship House; a Christian organisation he co-founded with his wife; Blanche Mmamodise Ramahanedza and is head quartered at the epicentre of the city of Johannesburg in South Africa.

He is a prophetic voice proclaiming that the time has come for the church of God to take a revolutionary stand against church teachings and doctrines that negates Jesus Christ’s finished work on Calvary. As you go through the pages of this book, you will discover that the holy texts have no knowledge of a place called hell, which has been allocated to punish the majority of humanity for all eternity. Apostle Peter warned that “false teachers” will bring “damnable heresies” into the Church in the final days (II Pet. 2:1). Those who propagate this doctrine are well-intentioned, but their reading of the Bible is incorrect. There is no teaching on the face of the globe more damnable than the doctrine of eternal agony for the vast majority of human beings in a prison of pain known as hell.

Clearly; the first recorded lie in the bible and in history survived Noah’s flood and the expansion of civilization in Mesopotamia through the myriads of Egyptian mythology to the Exodus, survived the four world-ruling kingdoms of Babylon, Persia, Greece and Rome, survived the introduction of Christianity into the world, survived the Dark Ages, the Middle ages, the Renaissance, the Reformation, survived the modern translations of Scriptures, and is now presented as the gospel-truth in Christian evangelism.

Let us embark on a journey together to uncover deeper scriptural facts regarding Christian damnation and learn about humanity’s ultimate salvation. “Then you will know the truth, and the truth will set you free,” stated St John, the beloved disciple of Jesus Christ, in John 8: 32.