Dr Patrice Motsepe: When the sky is your limit 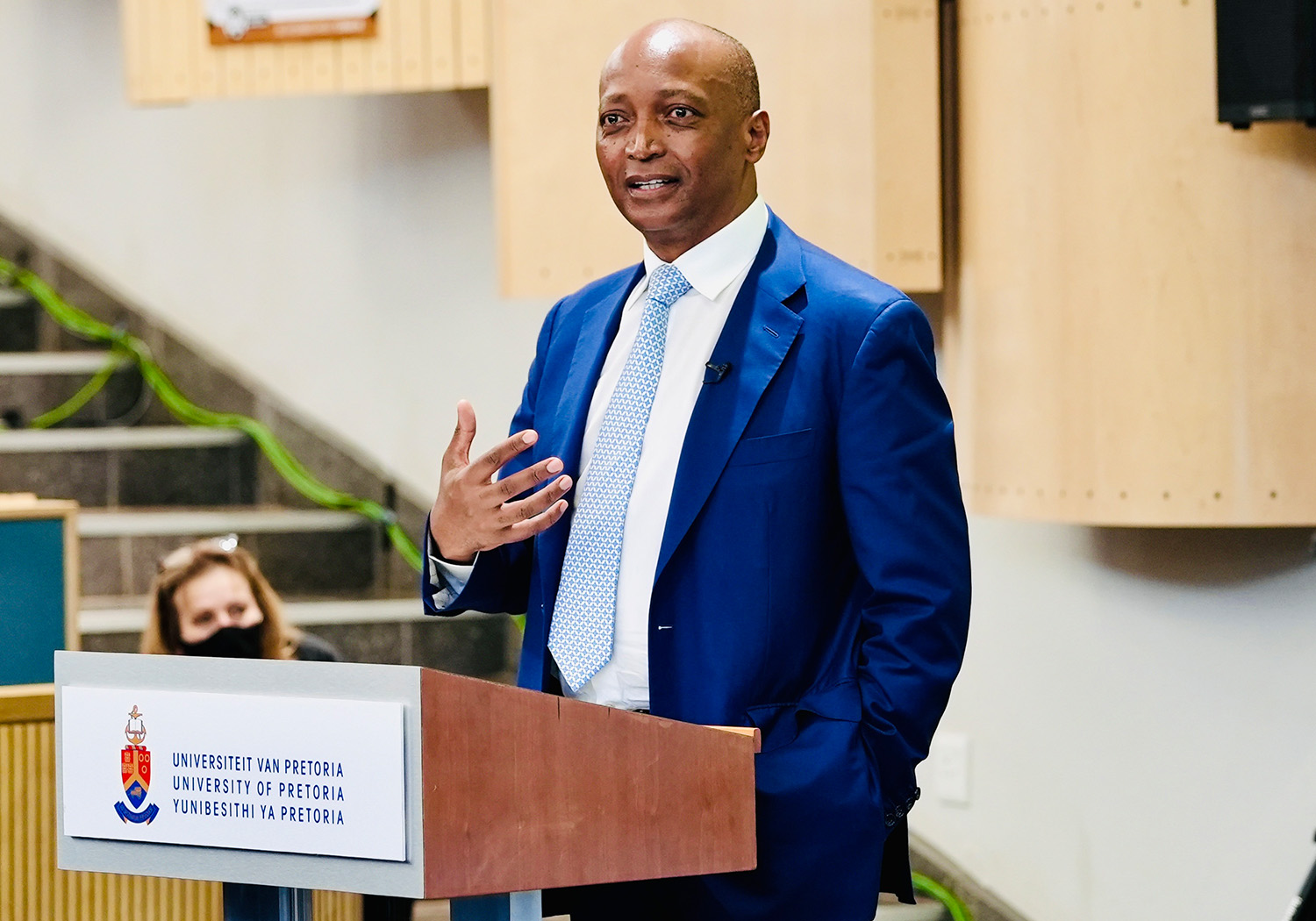 The Confederation of African Football elected, unopposed, Dr Patrice Motsepe of South Africa as its 43rd Assembly which was held on 12 March 2021 in Rabat, Morocco. Two Vice Presidents – namely, Augustin Senghor of Senegal and Shmed Yahya of Mauritania – were also elected. The two, with Jacques Anouma who was appointed a Senior Advisor, withdrew their candidacy to support Dr Motsepe.

In 1994 Dr Motsepe founded Future Mining which grew rapidly to become a successful contract mining company. He then formed ARMgold in 1997 which listed on the JSE in 2002.

In 2003 Dr Motsepe led ARMgold into a merger with Avmin and Harmony Gold. Following the merger Avmin changed its name to African Rainbow Minerals (ARM) and he became the founder and Executive Chairman of ARM.

Dr Patrice Motsepe was a partner in one of the largest law firms in South Africa, Bowmans and was also a visiting attorney in the USA with the law firm, McGuireWoods.

In 2002 Dr Motsepe was voted South Africa’s Business Leader of the Year by the Chief Executive Officers of the top 100 companies in South Africa. In the same year, he was the winner of the Ernst & Young Best Entrepreneur of the Year Award.

Dr Motsepe is a member Board of Trustees of the World Economic Forum (WEF), the Global Network Advisory Board of the WEF Centre for the Fourth Industrial Revolution and the WEF International Business Council (IBC) which is made up of 100 of the most highly respected and influential chief executives from all industries. He is also a member of the Harvard Global Advisory Council and the International Council on Mining and Metals (ICMM).

Dr Motsepe is a recipient of numerous business and leadership awards and recognitions including:

These companies and organisations include the following:

The Founder and Chairman of the Motsepe Foundation, Dr Patrice Motsepe said: “Several hundred million rands will immediately be made available with the primary objective of saving lives and slowing and restraining the spread of the Coronavirus. We are purchasing sanitisers, disinfectants, Personal Protective Equipment (PPE) and are in discussions with Government, health workers and other stakeholders to assist with acquiring other equipment and making resources available which are essential for dealing with the Coronavirus pandemic. We’ve been advised that access to water for regularly washing hands is crucial for slowing and limiting the spread of the Coronavirus.

“We are therefore providing water to poor rural and urban communities by purchasing water tanks (jojos), drilling and equipping for borehole water and also building sanitary facilities. The current lockdown has an impact on the goods, equipment and services that can be purchased immediately and the goods and services which can be provided when the lockdown has been terminated.

“Our short to medium term interventions in- clude building additional classrooms, computer centres and laboratories in all the 9 provinces of South Africa to assist with the excessively high number of students per classroom in some schools; particularly in the context of the current Coronavirus pandemic and the social distancing requirements. Those schools in the poor rural and urban areas which do not have internet access or facilities will be assisted with study guides, scientific calculators, dictionaries and other educational equipment and facilities identified in consultation with the Department of Basic Education, school principals and teachers.”

In concluding, Dr Precious Motsepe added: “Poor and underdeveloped communities are ill-prepared to deal with the serious challenges and consequences of the Coronavirus pandemic and are in dire need of our assistance and contributions. We are committed to contribute to the provision of quality education, infrastructure and other facilities to better prepare and equip them to deal with future pandemics or catastrophes.”

The group announced it would be working in partnership with:

The CEO of Sanlam Ian Kirk said: “Sanlam has a rich history of always putting our people, our clients and our country first; hence our mantra of ‘Doing well, by doing Good’. Today, we’re proud of the partnership with the Motsepe Family and its associated companies. We believe these efforts will make a meaningful contribution not only towards fighting the Coronavirus, but also in developing the long-term sustainability of South Africans, particularly in poor and rural areas. Periods of profound uncertainty like these call for us to come together to support all the prudent actions that contain the scourge of this virus and its impact on our already fragile economy.”

The CEO of ARC Dr Johan van Zyl said: “As a nation we are in unchartered waters in terms of the scale and danger that the COVID-19 pandemic presents to South Africans. It is now time for each and everyone of us to demonstrate leadership and help. ARC is a fairly young company with limited financial resources. Yet, it remains important that we make a contribution. In this regard we are partnering with companies and organisations with which we have common interests and share common values to ensure that the positive impact we aim to make is felt.”

Accumulating awards is the club’s pastime

Since the inception of the Premier Soccer League in 1996 Masandawana have won the league title a record ten times, have won the CAF Champions League in 2016 and were voted CAF Club Of The Year the very same year. They have also won the Nedbank Cupfour times, and hold the joint record of three National Football LeagueChampionships and they are the only South African team to compete in the FIFA Club World Cup.

The club’s nickname, The Brazilians, is a reference to their uniforms, which echo those of the Brazilian national team.

The Brazilians play with flair, passion and precision leaving many supporters in awe and opposition in envy thus the team has been dubbed “Bafana ba Style (boys with style) due to the appetizing attractive football they display. Locals refer to this attacking style of play as ‘shoeshine and piano’ which includes combinations of quick, short passes on the ground and this is likened to the Spanish ‘tika-taka’ style as demonstrated by Spanish teams, most notably FC Barcelona.

Mamelodi Sundowns is blessed to have the incredible support of club owner and Presi- dent, Dr Patrice Motsepe whose unerring dedication and visionary leadership has seen the club grow to where it is today and this shall continue as the club strives to succeed and surpass all expectations, realizing the vision of the club – The Sky is the Limit!