Editor’s Note: A stand against socio-economic balkanisation of Africa 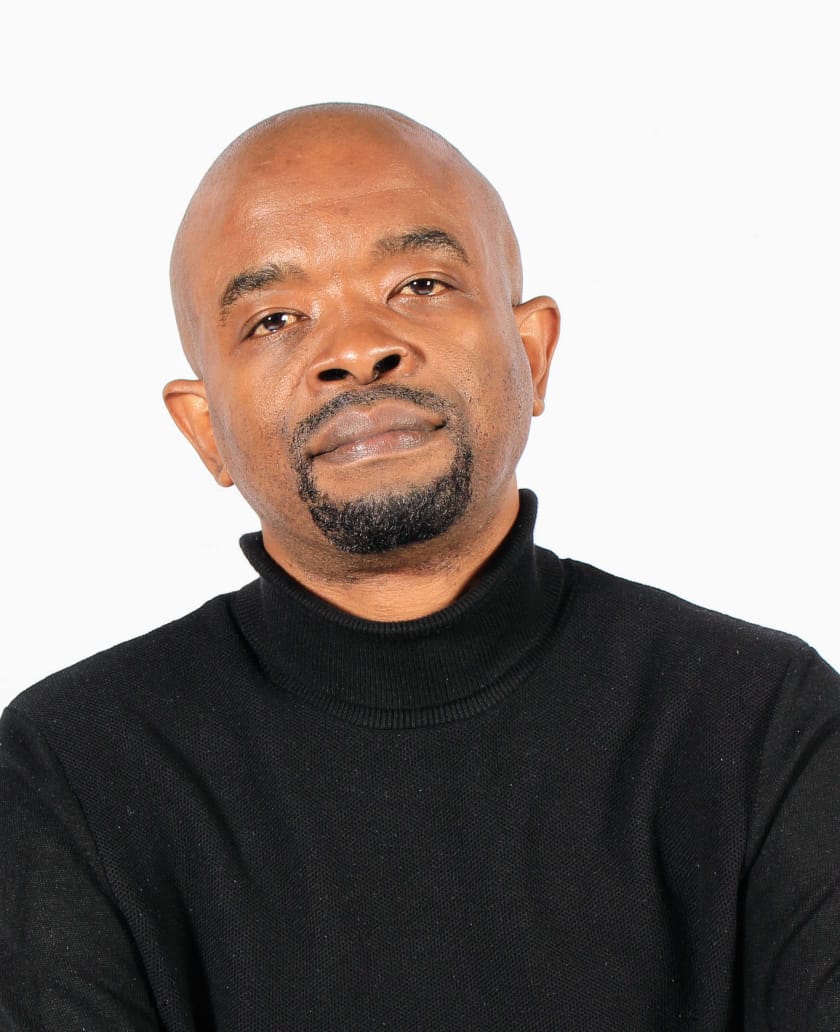 A few days ago, 13 June to be exact, we celebrated International Albinism Awareness Day. This year’s theme is ‘Strength Beyond All Odds’. We always complain about how white people discriminate against Africans, which is correct. But then again, have you observed how some Africans tend to treat other Africans who are living with albinic conditions? I have observed some of the worst treatment meted out by some Africans to others living with albinism. There are condescending theories, stigma and beliefs that attached to mysteries concocted about albinism. Some of these misperceptions have dissuaded some people from acknowledging persons with albinism as equally human.  Then truth is that this condition comes as a result of a genetic inheritance from both parents (even if they don’t portray the condition).  I want to recognise the gallant efforts that Salif Keita (known as the “Golden Voice of Africa), an African Singer-Songwriter who has succeeded against all odds. I congratulate him for being the role model he is.

We wish the current Zambian President Lungu a good recovery after he collapsed during an official function.

Robert Marawa, an avowed African Sports Caster survived an attack from COVID-19 in the past few weeks. Welcome back, Morena.

Last, but by no means least – just when I was completing this piece, I’ve just learnt that one of Africa’s post-colonial founding fathers, President Kenneth Kaunda, has passed on.  President KK hosted the many African liberation movements from southern African – namely, the African National Congress (ANC) of South Africa, Zimbabwean African People’s Union (ZAPU) from Zimbabwe, and the South West African People’s Organisation (SWAPO) of Namibia.

President KK became my hero before I even saw his face in the media – the first time I heard of his name was accidental as I had not yet reached my teens. I was in my very earliest primary schooling years in the rural town of Mount Frere in the Eastern Cape Province of South Africa. I used to get confused eavesdropping when one uncle (may his soul rest in peace) always listened to a Short Wave radio channel during certain hours of the day. Some names – Kenneth Kaunda, Oliver Tambo, etc – preponderantly echoed through this station and it was only when I went to High School that I was able to add one and one together. Rest in Peace, Sthwalandwe (Brave Warrior). Umsebenzi wakho uwenzile (You executed your mission with diligence and military precision).

Kleptocrats Bedevilled Africa (…and the Repercussions)

It was sad, a few weeks ago, observing members of the Pan African Parliament (PAP) at each other’s throats in Johannesburg.  It was a war between language groups.

Without discussing the nitty-gritties of the differences but representatives of former British colonies were at war with those of former French colonies. As I watched this on my telly, I was convinced that Otto von Bismarck was proud and celebrating in his grave in Germany.

Divide-and-Rule (D&R) takes place where the implementing party “gains and maintains power” by exploiting the gaps in the hands of the lower strata such that the latter’s impact remains less than the former’s power. After disintegrating these groups, the rulers prevent them from linking up by causing rivalries, impasses and thus, eliminate all possibility of unified efforts.

The protagonists (of D&R) use various tools including making offers for some to do certain things, destroying communication channels between the oppressed and using other nefarious methods.

The classes at war, Africans in our case, end up fighting against one another over crumbs left by the powers that be (European colonialists).

To achieve this, Europeans converged into a gathering from 15 November 1884 in Berlin which is today dubbed the “Scramble for Africa Conference”).

This was organised by the German Chancellor Otto von Bismarck, at his official residence, with the United Kingdom, Italy, Netherlands, Russia, Portugal, Germany, Belgium, Spain and France that decided on the future of a continent socially, economically and politically. This was done in the spirit of sharing between the looters and not between the conquered Africans. The conquered Africans were commodities to be shared among these colonialists.

They balkanised Africa, superimposed a division of over 1000 tribes into about 55 irregular countries or nations, forced many off their lands, disfigured those whose skill was not useful to the needs of the coloniser, eliminated or neutralised their cultures, killed or jailed those who dared to resist or differ, stole the riches that the locals owned and, most importantly, made them (the victims) suspicious of one another, sowed animosity between them whilst they embarked on enslaving them at the same time. They divided coherent groups of people; merged dissimilar groups; and even established countries within countries.

Through this, Europe cultivated a culture of xenophobia and tribalism where an African felt challenged by the presence of a fellow African. In many African countries, it is easier for the community to pick up there is a foreigner from another African country whilst whites and Asians do not seem to get such kind of a reception. Africans in a country are also very quick to observe an African that is from another province or tribal group but still perceive white people mainly as one homogeneous group. These group of Africans are victims of colonialism. This is one of the worst repercussions of the balkanisation of Africa by Europe.

It has, also, become a norm for these different African groups to fight over an identity that is not even theirs.

They divided Africa into seven portions based on Europe’s insatiable desire to steal and plunder Africa’s resources.

Separatism is a waste of African people’s future

Kwame Nkrumah warned against Africans harbouring ill-feelings against each other to a point where they would exaggerate their socio-cultural differences. He emphasised the absurdity of worshiping separatism when your economy was linked to your neighbour’s. He was looked at, with suspicion, when he was telling Africans what Africa needed to hear. It is that separatism that gave birth to the likes of Idi Amin Dada, Mobutu Sese Seko and Jean Kampanda among others.

Despite this divide-and-rule, the illegitimate ruling power in South Africa further, balkanised various areas within the country. The motivation behind this was to weaken Africans in South Africa and make them feel like visitors in their own country.

The racist government of South Africa created what was referred to as Bantustans (Balkans) which became (I am not exaggerating) smaller tribal enclaves, kleptocracies and thievocracies which acted as cornerstone of Apartheid. Through this, they moved Africans into small enclaves they could control. Whether overpopulation, lack of labour absorption opportunities or lack of or inadequate service delivery weren’t their concern.

This was a divide-and-rule policy that continues to bedevil South Africa. Those pieces (called Bantustans) were not recognised as countries by the United Nations. Our people fought for sanity to prevail when in 1994 they defeated the apartheid government and the country was integrated into a unitary state.

Bantustans were the colonisers’ ways of preaching and emphasising difference between the various territorial residents in South Africa. The vertebra of Apartheid was in its approach and ability to, further, balkanise an already balkanised African society in southern Africa.

So, where do we go from here?

Africa is a viable market. This explains why foreign interests such as the United States of America, China, United Kingdom, Russia, etc. compete  over building their hegemony in the continent. Africa has no choice but to unite her people and let them lead. Therefore, what we need to is to avoid being balkanised further. Our trade with them should either be to our benefit as a continent and not as some African Balkan to that country.

A younger then South African Deputy President, H.E. Thabo Mbeki, declared to the amazement of his parliament’s audience and the world, “I am an African”. The African in you and me must stand up and protect the future of our motherland. Africa cannot afford to be balkanised any further. Give support to the efforts driven by the African Union through the African Continental Free Trade Agreement (AfCFTA) to integrate this continent. The Secretary-General of the AfCFTA, Wamkele Mene, has put it all in a nice summary in an interview with Cable News Network (CNN), a few days ago ago when he insisted that the easiest part – signing the agreement – has already been achieved.  Now we have to do the most difficult part of converting our wishes into achievable activities. We will encounter various challenges such as differences in levels of economic development, development of homogeneous macro-economic policies and including establishing a continent-wide customs regime, but we have to be determined to triumph over them.

Africa is my Africa

I have been blessed to reside in various destinations across southern Africa with various tribal groups happening to be in majorities. It is a journey that is far from complete until I have resided (for a minimum of two years) in each of the various regions across Africa.

Leadership and decision-making has always been a people-centric and consultative effort in Africa. A king or queen or local chief, from pre-colonial times, would always be surrounded by selected persons whose competence was to ensure that the authorities took decisions that helped to advance the aspirations of the people.

The history of Africans as groups, moreover, has always been informed by continuous migration and amalgamation with new groups in new destinations. As an example, AmaTolo, AmaZizi and other groups migrated from the north east coast of southern (today called KwaZulu-Natal) to the southerly parts (today called Eastern Cape) and others to as far north as Zimbabwe and Malawi. As this was happening they were assimilated into various other African tribes that existed and resided in those areas.

It is this understanding that has always informed my travels across southern Africa. In a life that I lived (13 years or so ago), a colleague invited me to lunch and I tried very hard not to be the odd one out. They dished out pap – a meal that I am acquainted with (no stress). But there was no spoon. I looked around and no one seemed to having a spoon – every person was using their hands to eat. I also went for it with my bare hands or fingers (like everyone) – the pap burnt the lights out of my hands. When I walk in the streets of Polokwane or Gaborone or Maseru or Bloemfontein or Harare I don’t feel that I need to justify my presence with anyone: This is all Africa and I don’t owe anyone any explanation. I am as much an African as the person next to me or the one across the street. Well – no hot pap can defeat me.

I have seen, tasted and experienced love, honesty, difference and agreement the same way I would feel when I am in my hometown KwaBhaca’s dusty streets, mountains and valleys.

Africa is my Africa.