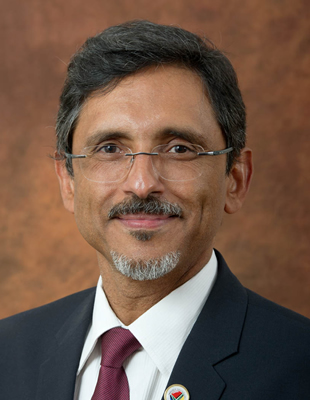 Eighty-two thousand jobs have been created in South Africa in the provision of business services to global companies – with a 22% annual growth in new jobs over the past three years, off the back of a strong partnership between Government and the private sector. This was said today to United Kingdom investors by Ebrahim Patel, Minister of Trade, Industry and Competition.

In his address, he noted the success of the targeted incentive programme by the Department of Trade, Industry and Competition (the dtic) that has drawn large global firms to locate their front and back-office work in South Africa. Major global brands such as British Gas, BMW, Samsung, Amazon, American Express, Lufthansa and T-Mobile are some of the firms whose clients are now serviced from South Africa. To strengthen this further and create more jobs for young people, Minister Patel announced that a new sector Master Plan is being developed by the industry and government.

“Industry-figures indicate that about 40 000 South African workers have been employed just for the UK market. There is an opportunity to scale current services up significantly and to move up the value chain, by increasing the number of jobs that require more complex skills and problem-solving, in areas such as IT, finance, law and health-care so that the value to South Africa improves. This can be done in addition to the large process-driven business services that are currently provided by many of the operators,” Minister Patel said.

Through the development and implementation of the GBS Master Plan, government and the local industry will work together to grow the sector in South Africa, South Africa’s GBS industry, one of the fastest growing GBS delivery locations in the world, has become a global leader, being ranked as the Most Favoured Offshore CX Delivery Location in the Ryan Strategic Advisory Front Office Annual BPO Survey of 2021. Ranked number two for the past three years , South Africa has beaten stiff competition from a number of countries to claim the top award for the first time in 2021.

According to industry figures, around 88% of the employees in the export segment are youth, under the age of 35, with 65% of the workforce being women. There are growing opportunities in offshore services for young South Africans servicing foreign markets.

The Webinar was hosted by the South African High Commission to the United Kingdom, the Department of Trade, Industry and Competition (the dtic) and Business Process Enabling South Africa (BPESA).

Sidwell Medupe is the Departmental Spokesperson at the Department of Trade, Industry and Competition (the dtic). He’s on MSMedupe@thedti.gov.za