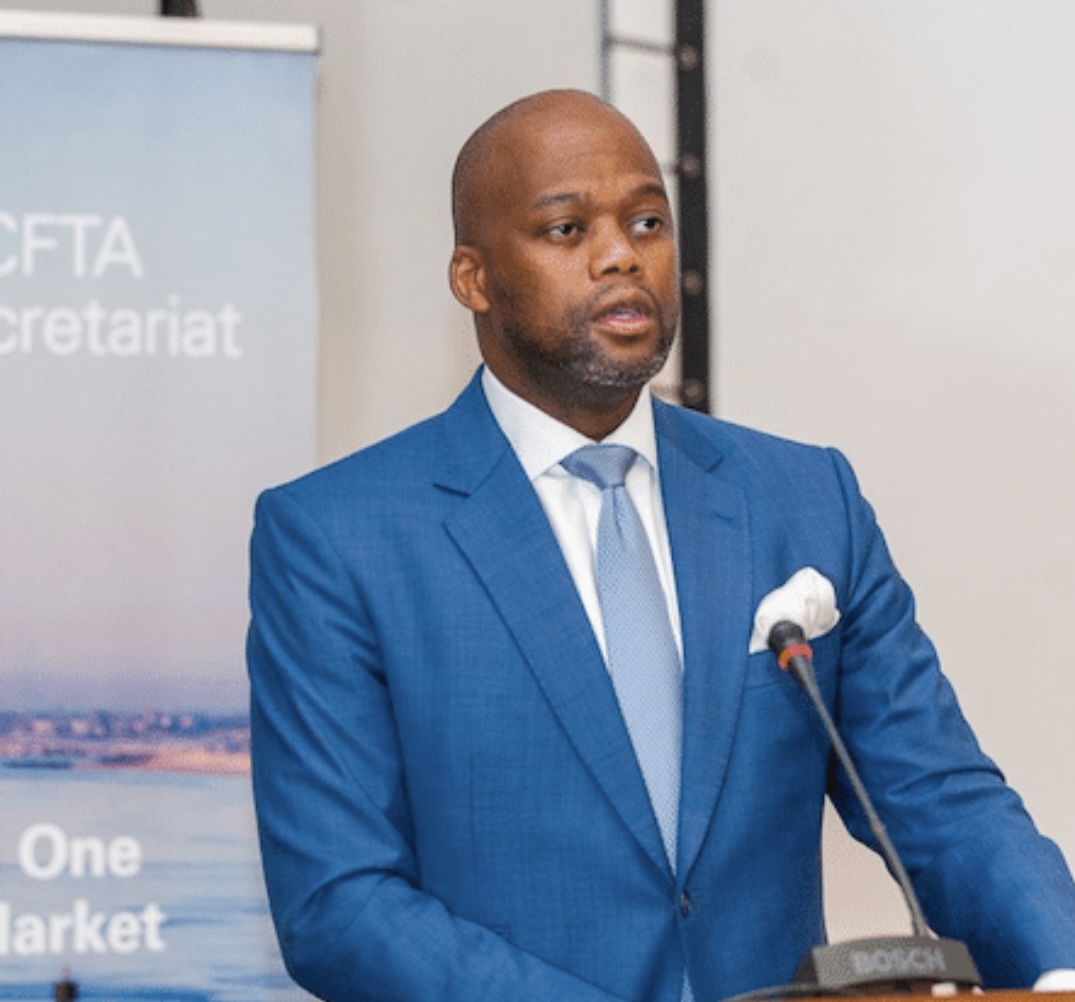 These are the speaking notes of H.E. Wamkele Mene in the occasion of the 6th International Chamber of Commerce (ICC) Africa Regional Arbitration Conference which was themed: “African arbitration: Consolidation and transformation” held in Lagos, Nigeria, on 3 June 2022…

I am greatly honoured to address this distinguished gathering today. I want to thank the ICC, Nigeria for the invitation extended to me. I commend the International Chamber of Commerce (ICC) on the valuable and often groundbreaking work you have produced over the years and that you continue to do in promoting international trade, responsible business conduct and a global approach to regulation, in addition to providing market-leading dispute resolution services.

This sixth ICC Africa Regional Arbitration Conference being held today, is to celebrate African arbitration experience, and dialogue on ways to better preserve the achievements and build for the future: aptly framed in this year’s theme – “African Arbitration: Consolidation and Transformation”.

Disputes, as you well know, are an unavoidable part of human existence, especially so in any free trade area.

The important matter is for society to device appropriate approaches to managing them.

The institution of internationally acceptable effective dispute resolution systems that could be deployed to resolve disputes related to commercial transactions and thereby protect and secure investments is crucial in this regard.

And in most jurisdictions, arbitration (whether domestic or international) is an integral and indispensable part of dispute resolution. As Lord Bingham put it, one of the key elements of the rule of law is that “means must be provided for resolving, without prohibitive cost or inordinate delay, bona fide civil disputes which the parties themselves are unable to resolve”.

Arbitration, I believe, fits into this description rightly. Not only can arbitration provide robust dispute resolution services to the commercial community, it is of great importance in protecting private property rights, assisting in the effective enforcement of contractual rights, as well as reinforcing the rule of law in the sense as expounded by Lord Bingham.

Indeed, tremendous progress has been made in arbitration in Africa over the past three decades or so, when African courts were not considered arbitration-friendly and foreign investors viewed arbitration on the continent with suspicion.

Today, arbitration has gained a real foothold in Africa, and in the last few years there has been continued growth in the acceptance of arbitration as a viable option for settling disputes, not only between private parties but also disputes involving States. In addition, there exists a deep pool of competent and qualified practitioners; and arbitration users have therefore increased significantly.

Much work, however, remains to be done to take it to the desired level.
Distinguished Ladies and Gentlemen

Today I’d like to share with you the work we are doing to implement an effective dispute resolution framework, including arbitration, under the AfCFTA, which, without doubt, is integral to success in implementing the agreement.

As you know, the AfCFTA was established on 21 March 2018, with an initial 44 member states signing the framework agreement and the accompanying protocols. Based on progress made in the negotiations, the AU Summit in December 2020 provided the legal basis for the operationalization and commencement of preferential trading under the AfCFTA on 1 January 2021.

As we speak, 54 AU member states are signatories to the agreement, while 43 of them have gone on to ratify and deposit their instrument of ratification at the depositary.

With the commencement of the AfCFTA preferential trade regime, under Phase I of the negotiations, it is expected that there will be a significant boast in intra-African trade and foreign direct investments. As such it is inevitable that disputes will arise among trading partners and/or foreign investors.

It may be recalled that Article 20 of the AfCFTA Agreement establishes a dispute settlement mechanism to resolve differences between State Parties, concerning the rights and obligations under the Agreement.

The main aim of the Protocol is to ensure that the disputes that arise under the AfCFTA are resolved in a manner that is transparent, accountable, fair, predictable, and consistent with the provisions and principles of the Agreement.

The commencement of the start of trading under the AfCFTA, therefore, necessitated the urgent activation and operationalization of the Dispute Settlement Body (DSB).

This important institutional structure was, therefore, officially inaugurated on 26th of April 2021 in Accra, Ghana. The DSB is composed of representatives of all State Parties and monitors and evaluates the functions of the dispute settlement mechanism. It is set up to be fast, efficient, rules-based and transparent.

It is worthy of note that, in addition to the adjudicative process featuring the DSB, Adjudicating Panel and the Appellate Body, State Parties may also, if they choose, settle their disputes through the good offices of the Secretary General or through conciliation, mediation and arbitration, which provide even faster means to resolve disputes.

As Secretariat, we will place equal value on all forms of dispute resolution. In this regard, all the means to resolve disputes that are set out in the Protocol on Dispute Settlement – from good offices, conciliation, mediation, and arbitration – will be made available to State Parties.

Indeed, we are currently drafting a Concept Note on these matters, with some thoughts on an “early warning system” to avoid disputes flaring out into open hostility.

Arbitration is, therefore, an important component of the AfCFTA Dispute Settlement Mechanism as provided for under Article 27(1) of the Protocol, which provides that parties to a dispute may have recourse to arbitration.

Three scenarios have been cited for a resort to arbitration under the AfCFTA including: (i) as a form of dispute adjudication, (ii) to determine a reasonable time period for implementation of panel decisions, and (iii) as a means of determining proportionality of the suspension of concessions.

Also, the Protocol on Dispute Settlement provides for the remedies available where the Panel or the AB concludes that a measure is inconsistent with the Agreement, and State Parties are required to fully implement the recommendations and rulings of the DSB. Where accepted recommendations and rulings of the DSB are not implemented by a party within a reasonable period of time, the guilty party may be ordered to pay compensation, or may be suspended of concessions or other obligations that are temporary in nature.

The dispute settlement is at the heart of a rule-based trading system, to ensure market certainty and predictability.

For the first time on the African continent, we have a dispute settlement body that will have oversight over all the disputes that arise under the AfCFTA agreement, whether they are investments related, trade in goods, trade in services, market access related disputes.

While our DSB is modelled on the WTO’s disputes resolution protocols, we have not simply copied and pasted from the WTO. Rather, we have learned from the mistakes of the WTO, and tried, in our own way, to rectify some troubling elements of that system to make it suit our purpose, and fit for Africa. We have taken steps to ensure that we do not end up in deadlock like the current situation at the WTO’s appellant.

And as I have said before, it is the decisions made by this body, it is the robustness of our panels, it is the fairness of our two- tier system of review, and it is the automation of our DSB decision- making that will make it crystal clear – both to ourselves and the world – that truly, Africa is open for business.

Prior to the agreement entering into force, when a trader wanted to access their legal rights the only forum available in Africa was the country where the issue took place. Otherwise, you had to go through the WTO or to the International Criminal Court (ICC) to have the matter adjudicated and resolved.

For state parties to have full confidence in implementation of the AfCFTA, a robust dispute settlement mechanism from the protocol on rules and procedures for settlement of disputes has been put in place. This will provide a rules-based avenue for the resolution of disputes.

I am aware that all eyes are now on the AfCFTA DSB as it shoulders the task of ensuring that disputes between member States are resolved in an efficient, transparent, fair and impartial manner.

And we will live up to expectation. The Africa we want is one in which promises are fulfilled and legal commitments are honoured.

Africa will not have a successful and fully implemented free trade area without African countries, State parties of the AfCFTA, committing to being bound by the rule of law. And it is for this reason that the work of the DSB will be vital to the successful implementation of the AfCFTA.

As I come to the end of my address, let me emphasise that the aims of the AfCFTA and ICC, are inherently aligned and mutually supportive.

So, I congratulate you on your many achievements and look forward to working in partnership. I see that a very substantive programme has been lined up and I wish you all a successful and impactful 6th conference.