Hadebe Hadebe: A  mindshift – The battle between education and knowledge in determining societal outcomes 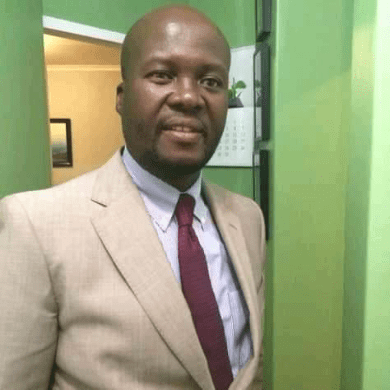 The fascinating debate at the moment concerns how the current Eskom board is not suited to deal to deal with rolling electricity blackouts. Some commentators centre their argument on the education or qualifications that individuals possesss as the biggest problem in that none or few people are trained in electricity generation or have prior knowledge of energy policy.

One person exclaimed that the Eskom board comprises an immunologist, a chemist, a nuclear physicist, lawyers, accountants, a MBA and the usual human resources, environmentalists, but no single electrical or mechanical engineer. “I think you need a balanced board with the technical knowledge and understanding of the challenges at Eskom”, argued another individual.

Although l have my own views about the reasons behind loadshedding, which l believe go beyond educational qualifications, l will limit the discussion on whether this overemphasis on educational certification is warranted on or not. My point of departure is that the educational background is important but not as a critical to the debate on Eskom.

Energy generation from coal faces external pressures that have nothing to with who is in charge. South Africa committed to the Paris Agreement on Climate Change in 2015 which is anti-coal and that is more like forcing the country to abandon its abundant resource for something as unreliable as cow dung and sunshine.

At the COP26 meeting held in Scotland late last year, the advanced economies enticed South Africa with an amount of USD8.5 billion to embark on an ill-defined ‘just transition’ journey.

Geopolitical attitudes towards coal and hydrocarbons mean that Eskom is forced to change its operating model and deploy more renewables at the expense of more reliable resources such as coal and nuclear.

Notwithstanding the infrastructure backlog and increasing demand, Eskom constructed Kusile and Medupi. However, the G7 countries and DFIs resolved that they will not support the lending towards similar projects in the future.

This brief background suggests that Eskom faces a much bigger tide (politics) than just educational qualifications, as it is often argued. That is not to say that the state utility does not have its own internal challenges ranging from the costly evergreen coal contracts, maladministration and so on.

The article, therefore, addresses the principle on whether educational qualifications are always a solution under all circumstances.

Energy expert Chris Yelland commented in 2019, “In my view, leadership, including of Eskom, is not about being an engineer or accountant, or lawyer, but about someone who can inspire the executive team, board and the whole organisation, with a simple clear vision that can unite the organisation with a common vision and energy.”

I am inclined to agree with this view. Over the past thirty or so years, the majority of companies have been led by MBAs and CAs, be it in banking, mining, manufacturing or consultancy business.

A survey conducted by the South African Institute of Chartered Accountants (SAICA) in 2014 concerning 475 companies listed on the JSE found that 1025 (23.8%) of the 4,035 directorships were held by chartered accountants.

Accountants also accounted for 74.3% and 21% of all CFOs or financial directors and CEOs or managing directors, respectively. In 2015, Rebmormax noted that 38% of all CEOs were accountants.

To get a sense, almost two-thirds of the Top 200 companies in South Africa continue to be run by CAs. Former Eskom CEO Brian Molefe is a chartered accountant who had no prior experience or qualifications in the area of power generation. And former chairman Ben Ngubane was a medical doctor.

Moreover, approximately a third of CEO’s in the top 100 listed companies in South Africa have a BCom degree, while 16% had an MBA.

Clearly, engineers appear not to be trusted to run big companies, and Eskom is not an exception. If there are any engineers in higher echelons of business organisations, they are a rare breed and many have a second unrelated degree, usually in management, such as FNB CEO Jacques Celliers.

Otherwise, CEOs, managing directors and board members are drawn from all disciplines and sometimes from no discipline at all. Previous Eskom board chair, Jabu Mabuza, had no qualification, and was famous for “that black rubber thing” comment, in referrence to a coal conveyor belt.

Perhaps, one of the least understood aspects of education is that it is not a panacea for all ills and it also does not transform one into becoming saviour. Instead education is supposed to empower one with certain skills, and not necessarily knowledge, to be able to navigate and approach situations.

Current CEO of Eskom Andre de Ruyter may be struggling not because he is a lawyer but there could be more factors at play. Or, he may not be suited for the job.

My view is that ducation is more like a methodology or way of framing thoughts, and is related to learning, critical thinking and knowing oneself. It helps people to understand certain things but that does not mean one’s success in a situation or position is guaranteed.

There is more that is required in life than just pure education and that is what seems to cloud the debate on Eskom and loadshedding.

Education may be the base from which success is built upon but an individual still needs other ingredients such as skills, knowledge and behaviour as well as exposure. The aspect of knowledge is ancillary since it is more about “awareness or familiarity gained by experience of a fact or situation”.

The struggle at this day and age is about whether countries should focus on traditional education or on helping people to build knowledge and skills to assist them to perform different roles in organisations, society and life in general.

The critical question, however, is: Does knowledge mean education and vice versa? The response to this question is not as straightforward as one would have liked. I also believe that there is no very precise answer to it.

With all things being equal, it appears that South Africans appear stuck in ancient ways of compartmentalising education and of not prioritising knowledge, which is not necessarily a function of one’s educational background.

One source suggests that the primary difference between the two concepts of “education” and “knowledge” is that education is “a formal process and is acquired through the formal institutions like school, colleges and universities”.

On the other hand, knowledge is informal experience, which is gained from the real life experiences. The latter appears more appealing for all situations and should be encouraged even more.

If educational qualifications are the sole tool for assessment of Professor Malegapuru Makgoba, the board and De Ruyter, we may be missing the point.

Put more direct, education readies one to absorb types of knowledge but does not give you the knowledge of that you are required to have. Knowledge acquisition is a complex process that is related to time and space.

In short, education facilitates how we acquire knowledge, and is not knowledge per say. The Eskom board may be acussed of lacking knowledge and not so much education, relevant or not.

The mistake that many people often make, including the educated folks, is that they think that the concepts of education and knowledge are synonyms and that they are interchangeable. According to an Indian expert Karjal Sharna, this way of thinking about these terms is incorrect.

Knowledge “is best defined as information acquired from various sources, including textbooks and lectures and our own experiences”. It entails awareness of something or problem that needs to solved and asking the right questions.

It is only then that one refers to the different sources of information to better understand as well as to synthese the information so they make sense together. They must be relevant to what you wish to solve.

Thus, knowledge serves many purposes. It helps us to improve our lives by learning new things and practicing them. It assists us to make better decisions in life by understanding it better. It is useful for use under different situations, e.g., at work, home and everywhere. It is also there to be shared since it is an experience after all.

As already stated, education is a process to acquire knowledge. Sharna argues that this process “aims to develop and maintain the knowledge, skills, and habits required for an individual to function in society”.

Institutions like schools, universities and other specialised entities prepare the individuals for life by providing them with information, training and guidance. Their focus is on the future rather than the present.

Education “helps people gain skills they will need to find work and be successful at it. It also helps people develop their intellectual abilities, so they may advance socially or politically within society and help they become advocates for social change”.

Furthermore, it also serves a number of purposes (if well directed), i.e. it is about gaining knowledge, developing skills, and qualifying; and is the process of imparting information, instruction, and training.

In addition, education catalyses social change and equity in society since it is often used to increase opportunities for people from the disadvantaged backgrounds. Besides the social impact, it plays a role in maintaining strong national economies.

For example, a high-skilled workforce is more productive than a low-skilled one. Educated individuals usually earn more throughout their lifetimes than less educated people do.

Knowledge is a familiarity with a subject gained through experience or study and tends to stay with you forever.

Education is learning that is structured (formal and informal) and grows with age. Knowledge has no such predefined growth rate, and is more sporadic. Most important, knowledge comes from your own experiences, education comes from other people’s experiences.

With all said, the Eskom problems are not a product of lack of education and absence of knowledge but this could be an oversimplification of a bigger problem facing the country. Dirty energy, coal. And this is a narrative that is driven from many levels within and without South Africa, and even Eskom.

If one were to direct blame to anyone for loadshedding, ideological inclinations of individuals in the Eskom ecosystem become more relevant than education. Eskom cannot be fixed unless the bull is grabbed by the horns.

In the meanwhile, coal exports power European countries and South Africa blinks in the dark as it is assisted to overcome its “bad habit” of coal consumption.