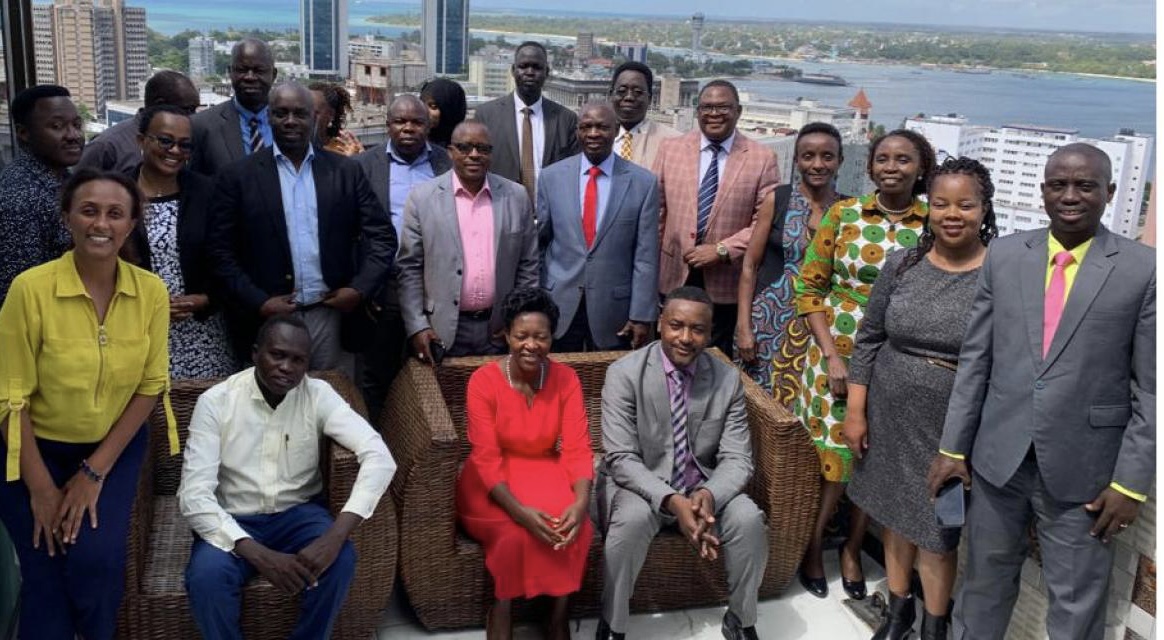 The East Africa Community (EAC) Regional Steering Committee (RSC) on the implementation of the AU Declaration on Land developed a road map for implementing the land agenda in their first meeting held on August 3. This meeting was a key recommendation of the Regional Technical Working Group (TWG) on the Terrestrial Ecosystem meeting on July 26 to 28, in Dar es Salaam, Tanzania, where the RSC was established. The RSC aims to provide guidance to the EAC Secretariat as it coordinates the implementation of the AU agenda by EAC Partner States, namely the Governments of Burundi, Democratic Republic of Congo, Kenya, Rwanda, South Sudan, Tanzania and Uganda. The inaugural meeting, represented by senior officials from respective EAC Ministries, land-affiliated Ministries and the East Africa Community (EAC) Secretariat, with technical support of the African Land Policy Centre (ALPC), developed a Road Map with key actions that will be implemented over the coming year.

In her opening remarks, the Chair of the EAC Regional TWG and the RSC, Ms. Carine Hakizimana (Burundi) stressed the critical role of the RSC in enhancing cooperation and coordination of the AU land agenda in the region. Hakizimana appreciated the longstanding relationship and support of the ALPC to the EAC Secretariat which has culminated in the establishment of the RSC and Road Map to actualise the AU Declaration on Land Issues and Challenges.

ALPC Coordinator, Ms Joan Kagwanja, applauded the EAC secretariat and Partner States for the  inauguration of the RSC and emphasized the importance of an empowered RSC as key to enhancing land reforms to expedite regional integration in EAC Partner States. The ALPC has worked closely with EAC since 2015, developing a joint project to enhance the capacity of EAC, along with other Regonal Economic Communities (RECs) given their critical role in  implementing the AU Agenda on Land.  Since then, key Directives have been adopted by the EAC Council of Ministers of Environment. The establishment of  the RSC, is a key milestone and  Kagwanja expressed the commitment of ALPC to  support the RSC in implementing its Road Map, starting with the convening of  a  regional platform for Partner States to share experience, lessons and best practices

Deliberating on the first action on the Road Map, the RSC concretized plans for the the Regional Forum set for  August 17 – 18, in fulfilment of the AU Declaration which calls on RECs to “convene periodic regional platforms to facilitate experience sharing, lessons and dissemination of best practices in lnd policy formulation, implementation and monitoring based on members states experiences”. The RSC emphasized that implementing the AU land agenda isfundamental to archiving the  EAC Vision 2050. In addition to the organisatio of the Forum, the RSC will provide guidance on the establishment of similar fora at national level by Partner States, and  preparation of reports on progress made in formulation and implementation of land policies as per the AU Delcaraion on Land. The RSC members will serve as national focal points in this regard.

The African Land Policy Centre (ALPC) is a joint programme of the tripartite consortium consisting of the African Union Commission (AUC), United Nations Economic Commission for Africa (ECA) and the African Development Bank (AfDB). Its purpose is to lead and coordinate the implementation of the AU Agenda on Land.