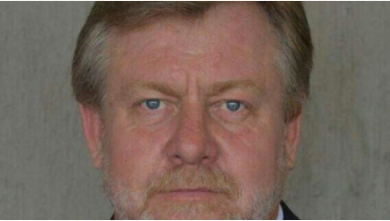 The recent response from the government to the current energy crises in South Africa is to allow embedded generation to a maximum of 100MW without requiring a licence – but this is too little too late and was clearly not properly considered in all its aspects.

Dealing with the main problem of Eskom’s generation capacity shortage during peak periods and the host of underlying causes thereof demands consideration of many aspects of a possible engineering solution for industry.

Electrical energy has to be consumed at the time of generation, which is the inherent problem with renewable resources which are normally intermittent and unreliable.

Bulk energy users have virtually no capacity to reduce demand in the event of under-production, which poses several challenges to the prospective independent power generators.

Analysing the production of energy from renewable resources based on the past two years’ data from Eskom renders a capacity factor of approximately 22% for solar and 44% for wind.

These numbers are important for the understanding of “real installed capacity” as well as the relation to the cost of capital, but do not of themselves solve the problems to match, with a high percentage of success, generation to an intolerable demand.

Implementation of utility size batteries is the first knee-jerk reaction – which gets diminished to less than 20% of required capacity due to the high capital cost and limited lifespan.

Pump storage and its high cycle losses is prohibitive and, unless constructed on a relatively high natural downflow to subsidise the losses, has very little to offer.

Eskom has been tasked with dealing with some of these challenges and this privilege needs to be assessed with caution and with responsibility.

The current Grid Codes do not describe this responsibility but should and, if not addressed, will result in the same types of failures currently being experienced in Australia, for instance.

In South Africa, the decision taken by Eskom to install utility size batteries to deal with load shedding will also probably not be very helpful in alleviating the underlying problem of generation capacity shortage, especially in an underproduction environment.

In the final analysis, Eskom continues to pay the price for the non-dispatch-able nature of pure solar PV and wind projects from the various Renewable Energy Programme (REIPP) rounds, either through the capital required for large-scale batteries or by running the open-cycle diesel-burning gas turbines which are incredibly expensive and detrimental to the environment.

Considering these, and many other issues, the solution revolves around increasing the reliability of renewable energy production by means of deploying sufficient technologies to result in a high percentage of reliable, repeatable, sustainable, dispatch-able, renewable energy.

The design obviously influences the cost and is not mitigated by CO2 credits, but the long-term sustainability is the most important part of the solution, considering the understanding of the mistakes made in other countries who are already paying the price of inconsiderate, intermittent and arbitrary energy injection.

Dealing with the cause rather than the effect proved to be the most economical solution to the problem and also removes most of the incidental cost from the utility.

This approach should feature in the Grid Code in the future if Eskom is to survive in its growing role as an energy delivery agent.

It would have been more prudent to say that South Africa needs to build energy generation capacity at the time that it is needed.

These few additional words make the solution sustainable, but unfortunately much more complex. The transmission and distribution networks in South Africa are the result of many years of investments made by the South African public.

Considering the use of this very expensive resource to transmit energy only in peak periods should have been considered from the onset of the Renewable Independent Power Producer Programme (REIPP) in South Africa.

It is much like installing water pipes at an enormous cost to pump water only once a day for four hours and only at a maximum for 30 minutes per day, and even worse not to allow anyone else to pump water since the pipe capacity has been allocated to the one pump station.

It is clearly irresponsible to continue to allow the use of our electricity transmission and distribution networks as a public resource in the current manner.

One could reason that this is one of the penalties to pay to move toward a sustainable renewable energy base, but there is a more elegant solution available, which is the consideration of all the variables related to the cost benefit analysis not only of the generation aspects, but the complete value chain to the consumer.

It makes for a special responsibility to even embark on this path since consideration must be given to variables not within the ambit of the cost benefit model of the average independent power producer.

It might be true in the short term, but contemplating the future impact and the anticipated resulting changes to the electricity rules requires a reliable, sustainable, long-term solution for the requirements of the bulk energy users in South Africa – the industry which is the backbone of our economy and the country.

Dealing with all the problems sometime makes one lose sight of the inherent real value in that the various forms of renewable energy do not attract fuel cost, and this feature manifests in one very important aspect of the model that provides the sustainable solution – the future tariffs.

This future value which independent power producers can provide with their privately owned and operated renewable energy installations is by far the most attractive feature to the bulk energy users – translating to a sustainable operational environment for corporate and industrial companies and groups due to the control over the continually rising cost of electricity.

Those independent power producers who have spent the time to understand the full extent of the unique solution required and the subtle mix of ingredients needed to design an engineering and financial model that can marry the correct capital cost with the electricity tariff that bulk energy users can afford to pay in the future will find themselves in a unique position where they can responsibly assist Eskom to overcome its underlying generation capacity shortage problem, while at the same time assisting industry to not only survive, but to thrive.