Joy of Jazz: An African affair with a global global flair 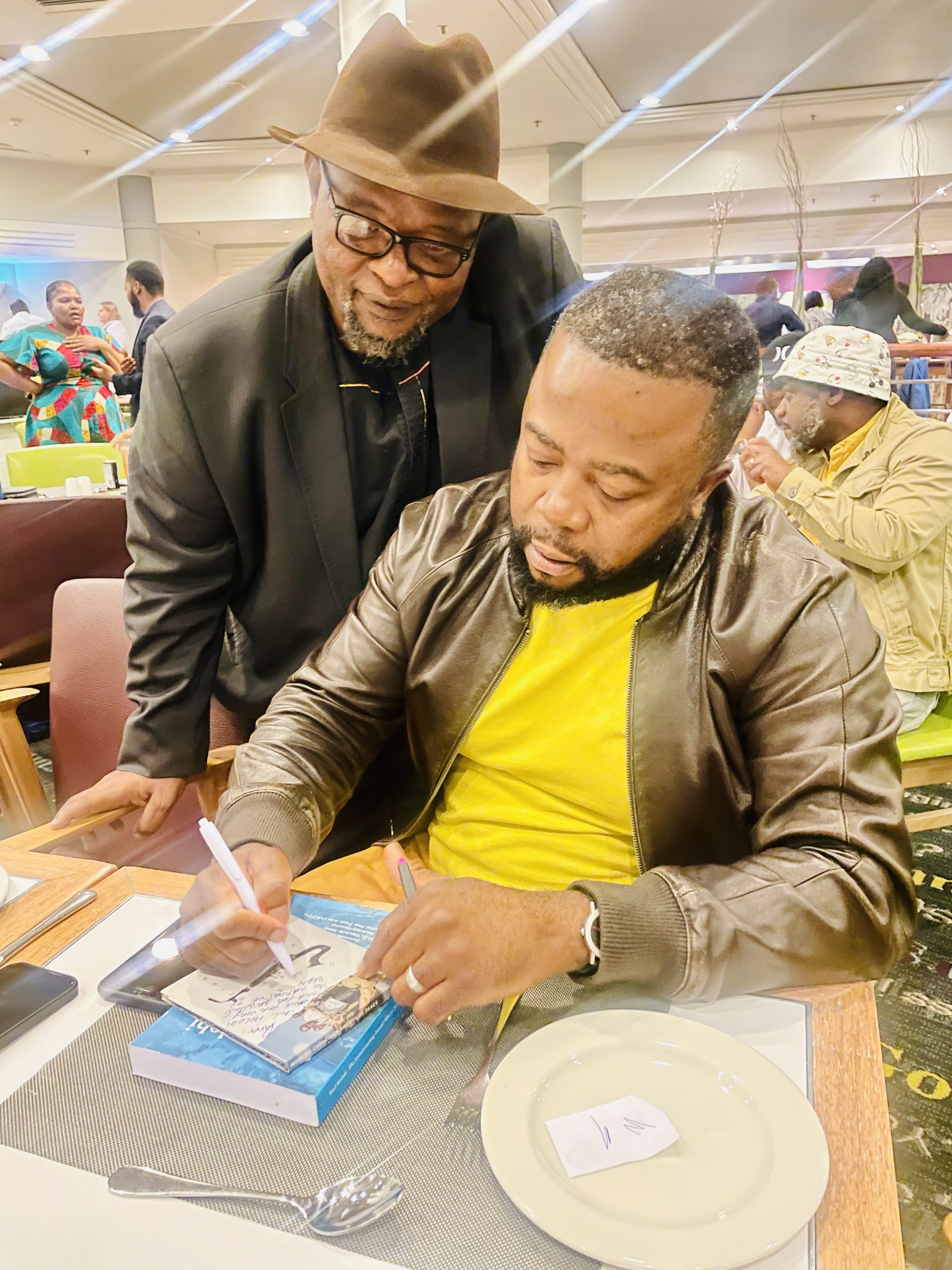 This week Jambo Africa Online’s Publisher, SAUL MOLOBI, rubs shoulders with Moreira Chonguiça, a legendary Mozambique’s saxophonist who’s landed in the city of gold to launch his latest album at this weekend’s Joy of Jazz…

This is how best we can describe this weekend’s 23rd edition of Joy of Jazz. Just a quick detour before going into the new album, let me whisper in your ear that this Sunday I’ll be celebrating the weekend jazz jamboree on 101.9 Chai FM by launching my journey for the next few weeks with Moreira by soothing their souls with his iconic duet, “Soul Makossa”, with the “Lion of Africa”, Manu Dibangu, to whom he has dedicated his latest offering, “Sounds of Peace”. Yes, as we’re both knowledge producers, we exchanged gifts: my autographed book, “De/constructing brand Africa: A Practitioner’s Perspective”, and his latest album.

Furthermore, this Sunday, 17h00 to 18h00 I’ll also be celebrating our celebrating our heritage, amplifying the significance of accommodating cultural diversity “in time and space; imagining alternative futures as they are not predetermined but emerge gradually; and yes, we also acknowledge the dangers of presentism. The currency of our language throughout time and across the spaces remains constant and universal – and that is embodied in one magic word which is “authenticity”: which we firmly situate in the understandings of the present. Indeed, global cultural heritage has to embrace foresight and future-thinking in creative and systematic ways. That’s paraphrasing Prof Cornelius Holtorf. Cultural theorist, Prof Stuart Hall, has written extensively about the dialectics of culture advising we shouldn’t just celebrate what we used to be, but we should also embrace what we’ve become.

So this weekend while celebrating the “Joy of Jazz”, I’m going to take a trip down memory lane to celebrate the Bantu Mens Social Centre and the indomitable Dorkay House. Both buildings have received the blue plaques. So will be featuring a mix of old and new in Dolly Rathebe, Sharon Katz, the sassy Simphiwe Dana, Bra Hugh Masekela, Ali Farka Toure, Ry Cooder and Sello Galane…

As Gauteng’s destination marketing chief at the Gauteng Tourism Authority, Barba Gaoganediwe, said last night: “Come mine our new gold – the creative outputs – with us this weekend.”

Excuse the detour, so let’s go back to the core subject of this article: Mozambique’s jazz star Moreira Chonguiça. His eagerly anticipated 8th album “Sounds of Peace”, which was released on 4 November, five years after the acclaimed release of ‘M & M’ which saw him partner with ‘The Lion of Africa’, Manu Dibango. Moreira with influences including Miles Davis, Fela Kuti, Percy Sledge and long-time colleague Manu Dibango, the saxophonist’s music mixes flavours from his Mozambican heritage with a sensibility that spans groove, soul, world music, smooth and contemporary jazz. All that, infused with personal experiences from the past few years, makes “Sounds of Peace” a thought-provoking, reflective and introspective album which never loses sight of the joy of jazz. Inspired by the rich diversity of the multitude of languages and tribes that make up Mozambique’s cultural landscape, Moreira has used vocal melodies, rhythms and instruments on a number of the songs sung in a variety of different regional languages including Makhuwa, Makonde, and Changana. This album is about celebrating diversity, differences and similarities amongs{ African people with the multiplicity of influence that came from the Arabs, the Asians, the Portuguese, and other Europeans. It’s about celebrating life with urgency. It’s about peace, collaboration and the importance of mental health – all relevant issues in the turbulent times in which we live. The past few years will forever be etched into our memories for its strangeness and this album subtly tries to make sense of this unusual period in our history that caused the whole world to halt and breathe simultaneously. ”I want to show young people, to share with young people, who make up a significant part of the world’s population, that there are no boundaries in culture no mailer what race you are, what country you are from, what matters is that we need to share, we need to create space and silence lo achieve things over which we have no control,” Moreira says. Moreira recorded this album in its entirety in Mozambique using young upcoming musicians, some who came through from his own project, the Morejazz Big Band that was launched eight years ago. It was a collective moment for these young people to dig deep within and express themselves musically. “This was an extraordinary and emotional recording for me as some of the musicians had never been involved with a recording of this nature before” Moreira asserts.

On stage, Moreira exudes sheer exuberance,  chutzpah and musical brilliance. His direction of his band live on stage essentially communicates his mastery of every song’s arrangement and makes it evident to the audience that he has heavily invested his intellect and soul into it. This he does effortlessly with utmost humility and his respect to the talent residing in his band as he affords every member to demonstrate – as a focal point at a particular moment – their musical prowess to dazzle the audience. This actually speaks more about Moreira: his magical talent and yet unassuming personality; his self-confidence that develops interdependence and dynamism on stage; and his impeccable credentials allow band members space to maintain their shining individuality while maintaining their responsibility to the collective and accountability to him as an illustrious lead. This is sheer genius. Perhaps this unity of purpose he forges with his band could be summed up in one magical word: harmony.

His latest offering: “Sounds of Peace” – Moreira in his own words

I will officially launch today on Friday 25 November at South Africa’s biggest jazz festival, Joy of Jazz at Sandton Convention Centre on the Dinaledi stage.

Without love we have no peace

Without respect we have no peace

Our values, our heritage, our ideological beliefs don’t matter when they are based on religious or political beliefs that contribute to us being divided and separate.

As a young Mozambican, as a young African…melodies, rhythms and grooves are enhanced in this album to talk about peace using own narrative.

Because life today is based on economic and material gains that have divided us.

Life today is based on pressure to succeed.

In the past two and a half years we have been divided because of COVID-19….but the vehicle that brought us together, that sustained many of us living apart from friends and family was Music.

We need to talk about peace

We shall not accomplish peaceful resolutions

If we do not trust and respect our own and each other’s values.

We shall not accomplish peaceful resolutions if we do not accept our cultural differences in a world where diversity is the common denominator.

There’s nothing wrong being from a different race, religion or nationality. We must celebrate diversity and not fear being different. Only then will we realize peace.

We need peace because when there is peace, prosperity follows.

I choose to talk about peace

I have decided that I am at peace!!!I am peace.

Please join me on this journey of “Sounds of Peace” celebrating diversity, respect, understanding, collaboration and tolerance.