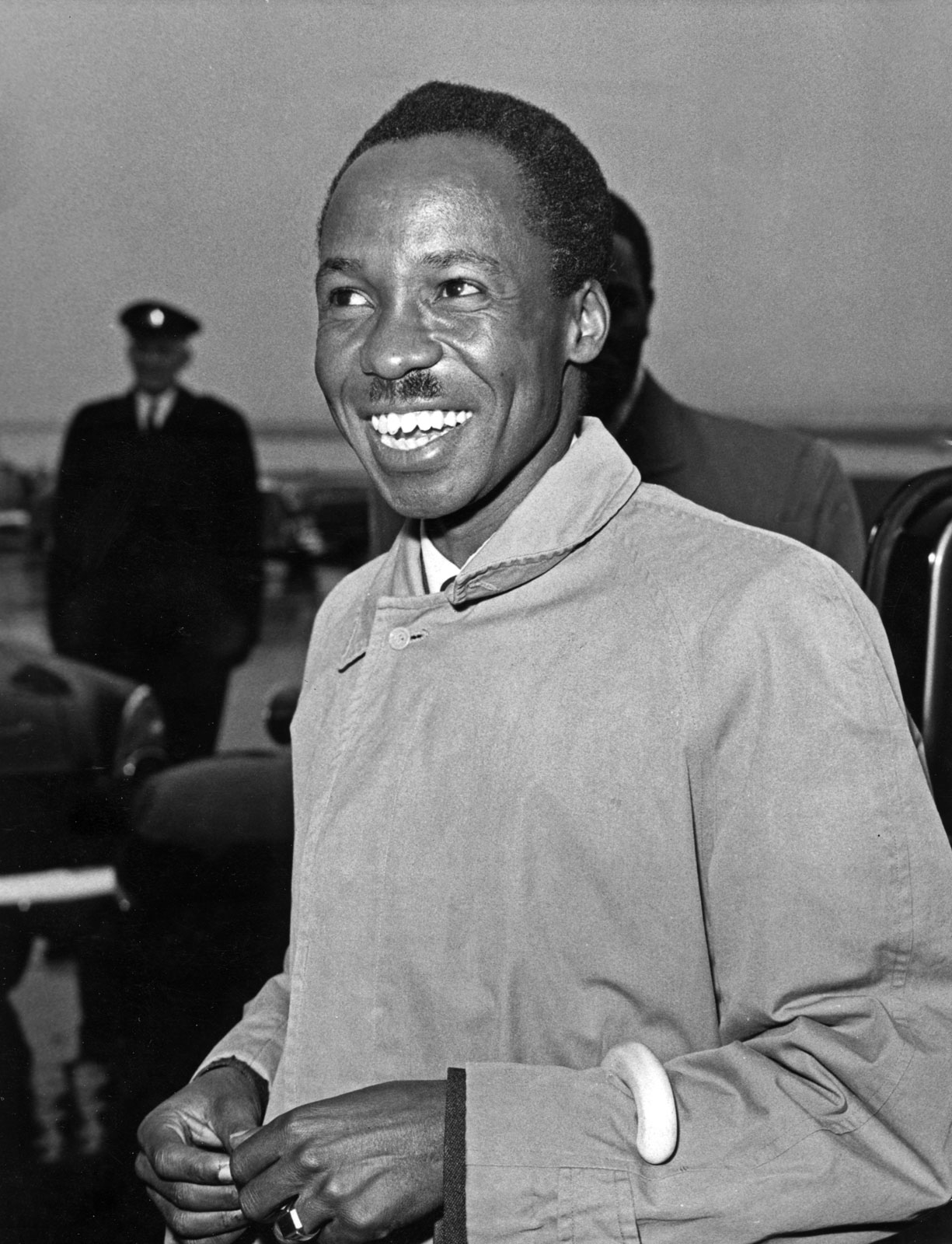 This month in our series we publish a speech given by former Tanzanian President, Mwalimu Julius Nyerere, on 14 October 1999, to the South African Parliament on 16 October 1997 in Cape Town.

And so I go out. I come from Tanzania, and we don’t have these blessed troubles that they have in other places, but I go out. Sometimes I get annoyed, but sometimes I don’t get annoyed. Here I am a former president of my country. There are no problems in Tanzania — we have never had these problems that they have — but I’m an African. So when they see me they ask about the problems of Rwanda. I say, “I don’t come from Rwanda.” And they answer, “But you come from Africa”. But if Blair were to come to Dar es Salaam, I wouldn’t ask him what is happening in Bosnia. If I meet President Kohl somewhere. I don’t ask him, “What is happening in Chechnya?” Kohi could say, “Why are you asking about Chechnya? I don’t know what is happening in Chechnya.”

But this is not true about Africa. Mr. President, here you are trying to build something which is a tremendous experience, but perhaps you are different. Sometimes they think South Africa is different, so perhaps they would say, “This is President Mandela, this is different.” But for the likes of me, no, I am an African. And sometimes I get irritated, but then I say, “Why? Why do I get irritated?” Because, of course, I am a Tanzanian.

So, to some extent, Europeans are right when they choose to see us in this differentiated manner. The Tanzania here is a president of Tanzania. He struggled there for 23 years be- fore he stepped down to try and turn those 125 tribes into some kind of nation, and he has succeeded to some extent. This is what I want them to think of. Why? They see me correctly as an African. So that is where I want to end. This is the other thing I really wanted to say.

We have just got rid of Mobutu, who put him there? I don’t know what Lumumba would have been if he had been allowed to live. I don’t know. He was an elected leader, but angered the powerful and they removed him within weeks. Then Mobutu came on the scene within weeks and he’s been there since. He was the worst of the lot. He loots the country, he goes out, and he leaves that country with a debt of US$14 billion.

That money has done nothing for the people of Congo. So I sit down with friends of the World Bank and IMF. I say, “You know where that money is. Are you going to ask Kabila to tax the poor Congolese to pay that money? That would be a crime. It’s criminal.” And that was the type of leadership we had over a large part of Africa. They were leaders put there either by the French or by the Americans. When we had the Cold War, boy, I tell you, we couldn’t breathe.

But Africa is changing. You can make a map of Africa and just look at the countries stretching from Eritrea to here. Just draw a line and see all those countries. You still have a Somalia and a Burundi there, but it’s a very different kind of Africa now, it has elected governments, it has confident governments. Actually, most of those countries with the exception of Uganda, have never been under military rule. Never! And since you’re coming onto the scene, this is completely different kind of Africa.

And don’t accept this nonsense that South Africa is big brother. My brother, you can’t be big brother. What is your per capita income? Your per capita income is about US$3,000 a year. Of course compared with Tanzania you are a giant. But you are poor. When you begin to use that money this is arithmetic, simple arithmetic and if you divide the wealth of this country for the population, of course everybody gets US$3, 000, but not everybody in this country is getting US$ 3,000. That would be a miracle. That is simply arithmetic.

So when you begin to use that wealth, Mr. President and I know you are trying to address the legacy of apartheid — you have no money. You are still different from Tanzania, but you have no money. You are still more powerful. So Tanzania and the others to say that South Africa is big brother, and they must not throw their weight around, what kind of weight is that? And, in any case, this would be positive weight, not the negative weight of apartheid.

So this is a different Africa. I am saying that this Africa now is changing. Neocolonialism is being fought more effectively, I think, with a new leadership in Africa. And I believe the one region which can lead this fight is our region. With the end of apartheid and South Africa having joined SADC, this area of Africa is a very solid area. It is an extremely solid area. It is strong, it has serious leaders and these leaders know one another. I know that because where some of them have come from, they have a habit of working together, Mr. President, so let them work together. Deliberately. It should be a serious decision to work together. Why? You have no other choice. You have absolutely no other choice.

South Africa, because of its infrastructure, can attract more investment from Europe, from North America, than Tanzania can. Fine, go ahead. Do it, use your capacity to get as much investment as you can. That’s good. But then don’t be isolated from the rest of Africa. What you build here because of your infrastructure and the relative strength of your economy, you are building for all of us here.

The power that Germany has is European power, and the Europeans are moving together. The small and the big are working together. It is absurd for Africa to think that we, these little countries of Africa, can do it alone. Belgium has 10 million people. Africa south of the Sahara if you exclude South Africa has 470 million Africans, I sit down with the Prime Minister of Belgium, and he talks to me about European unity. I say, “You are small, your country is very small, so how can you talk of European unity with giants like Germany and the others? He says, “This question of the protection of our sovereignty we leave to the big powers. We lost our sovereignty ages ago.”

These countries are old, their sovereignty is old. These Europeans fought wars. When we were studying history, it was the history of the wars of Europe. They fought and fought, and they called their wars World Wars. But now I can’t imagine Europeans fighting. No, war in Europe is an endangered species. I think it’s gone, certainly war between one country and another. The internal problems you will still have, the problem of the Balkans, but that is a reflection of something that is like Africa.

So I’m saying that Africa is changing because the leadership in Africa is changing. Africa is beginning to realize and we should all encourage Africa to get that realization more and more that we have to depend upon ourselves, both at national level and at the collective level. Each of our countries will have to rely upon its own human resources and natural material resources for its development. But that is not enough. The next area to look at is our collectivity, our working together. We all enhance our capacity to develop if we work together.

Mwalimu Julius Nyerere was the founding United Republic of Tanzania. Born on 13 April 1922 and passed on on 14 October 1999.