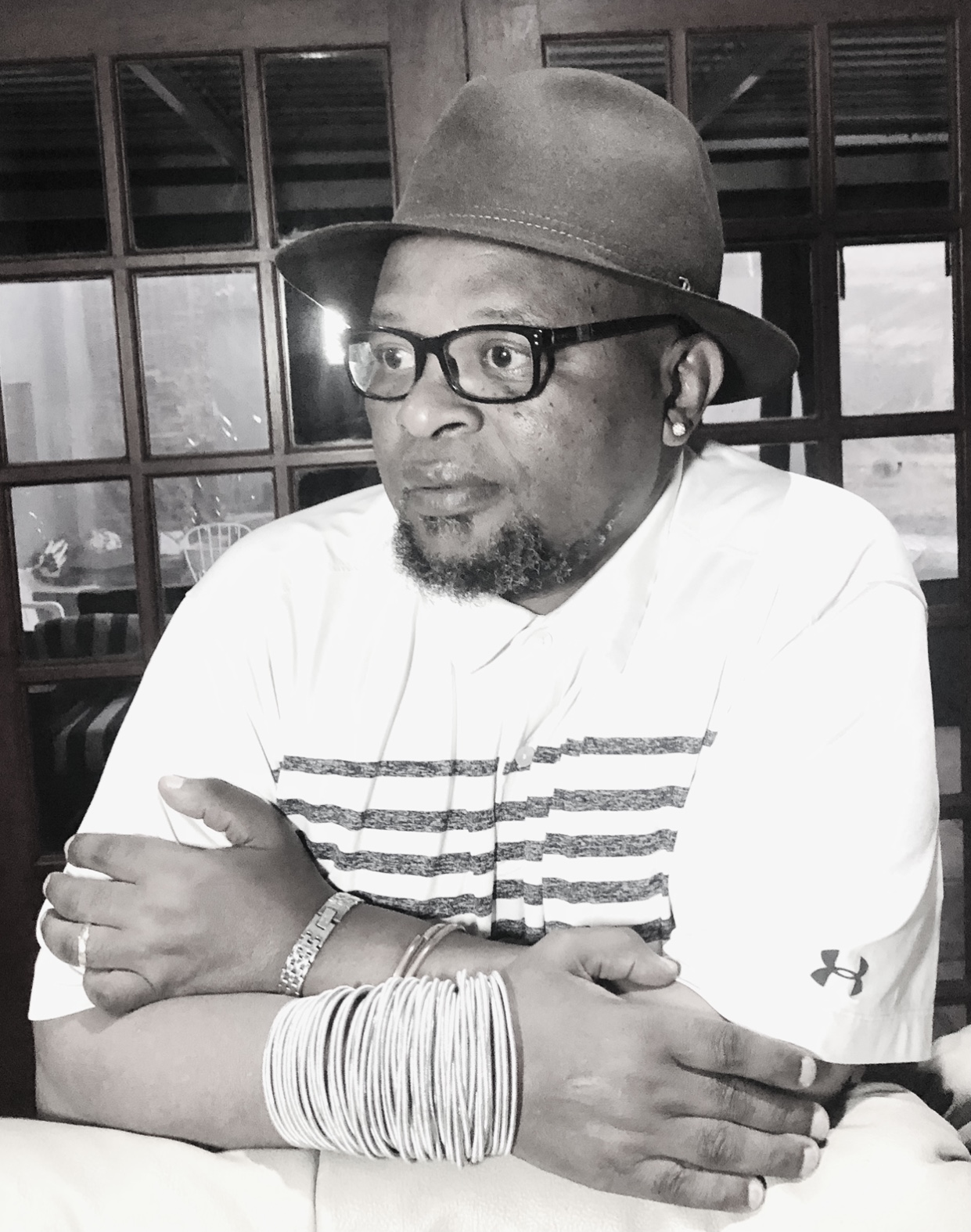 Here’s a joke I was told as a junior secondary school student. A brewer, who was looking for a beer taster, heard about a highly gifted drunkard in some village – yes, every community has the number one boozer who suffers dipsomania. Yes, these are those who are always prepared to provide any service for a bottle or two of beer. But this one was exceptional as he could tell which brand of beer was from a mere sip. The brewer, as a chemistry graduate, believed it was impossible.

The brewer sent a search team into the village for him and they found him and brought him to the distillery. The brewer had ordered a number of different alcohol beverages, blindfolded the drunkard, and asked him to identify each brand after a sip. The boozer incredibly aced them and the brewer was gobsmacked. Everybody was ululating for the drunk to the brewer’s apparent embarrassment.

Almost defeated, he then poured water into a glass, and asked the roaring souse to identify the brand. He took a sip, the second one, went into a deep thinking excursion, then the third and after the fourth sip, he said: “Let me admit that I have never drank this one, but I can assure you it will never sell.” And I believed him then.

How wrong the drunkard and I were. A few years later, I have witnessed bottled water selling better than the proverbial hot cakes. Literally, they sold more than soft beverages. And I don’t mean the water sold in drums or huge plastic containers  in my Hammanskraal hometown where there’s a dire crisis over inadequate drinkable water – this is where even one village is named Stinkwater. I don’t also mean bulk water supplied by the water boards through municipalities. So I’m talking about bottled water retailed in shops. According to Statista, the revenue in the bottled water segment amounts to US$328,573m in 2022. The market is expected to grow annually by 6.29% (a compound annual growth rate from 2022 to 2026). In global comparison, most revenue is generated in the United States (US$86,400m in 2022).

The issue of sales isn’t just about the bottling of water, the magic lies in the packaging and the BRANDING of water – such as “Bonaqua” and “Valpre”. The brand positioning links to the adoption of healthy lifestyles. Accordingly, the U.S. National Academies of Sciences, Engineering and Medicine has determined that an adequate daily fluid intake is about 15.5 cups (3.7 liters) of fluids a day for men and 11.5 cups (2.7 liters) of fluids for women. No wonder in offices we see many, particularly women, walking around with a bottle of water – some even having put greenies inside the water bottle.

But let me now focus on the broader business of water since on 22 March we were celebrating the World Water Day. Water is a very crucial natural resource. The first habitat immediately after conception of a human being is a sac filled with amniotic fluids, hence Jacques Yves Cousteau mused that “the water cycle and the life cycle are one.” Others put it matter-of-factly: water is life. And Leonardo da Vinci, the Italian renaissance artist whose accomplishments include “The last supper mural”, emphasised the centrality of water in nature when he poeticised: “Water is the driving force of all nature.”

Since time immemorial, the ancient African communities’ migrations have been inspired by the search for security: physical security for shelter from attacks by invading foreigners and thus chose higher plains like hillocks and mountains to spot their enemies from a distance; but most significantly, security over their livelihoods which was based on the availability of water as the source and the pillar of their sustenance as their economic mode was agrarian.

The mountain, that provided the security of life and livelihoods to communities was eloquently captured by Thomas Wolfe when he observed: “The mountains were his masters. They rimmed in life. They were the cup of reality, beyond growth, beyond struggle and death. They were his absolute unity in the midst of eternal change.”

In Africa, we remember many ancient kingdoms  – namely, the Nubians along the Nile River kingdom; Zhizo/Leokwe, K2 and Mapungubwe in the Shashe-Limpopo valley; and the Mapungubwe offshoots of Thulamela in the Kruger National Park and the Great Zimbabwe in Masvingo both still centred around the Limpopo river. When the Grest Zimbabwe disintegrated, the community migrated to the north eastern part of Botswana, obviously lured by the abundance of the Zambezi river that flows into Mosi-oa-thunya, and established Domboshaba, a trading empire on a hill, as the name implies.

The emerging symbolism, that appears as a contrast between the lowness of rivers and the mystic heights of mountains, is the best source of knowledge for humankind. John Lubbock waxed lyrical: “Earth and sky, woods and fields, lakes and rivers, the mountain and the sea, are excellent schoolmasters, and teach some of us more than what we could learn from books.”

There were many other similar developments south of the Limpopo river that attested to this argument. Take an example of Magaliesberg, the mountain range that extends over 120km from Bronkhorstspruit Dam, east of Tshwane, to Rustenburg in the west.

Over the years, different groups have waged war to lay claim to this unique part of Africa, which was proclaimed a World Heritage Site in 1999.

Actually, according to archeological research, the Magaliesberg region predates the ancient kingdoms alluded to above. It is considered to be the official birthplace of humankind, a discovery celebrated by the establishment of “Maropeng – The Cradle of Humankind” – a tourist attraction, declared a World Heritage site by UNESCO, that showcases the history and development of humans as a species.

Apart from its mountain scenery, the Magaliesberg region is home to diverse flora and fauna. The Gauteng Tourism Authority (GTA) indicates that there are more than 130 species of trees as well as flowers, ferns, grasses and fungi which grow in a variety of habitats in the area.

The GTA sources further say hundreds of years ago the Magaliesberg was populated by elephant herds, rhino, buffalo, giraffe, large felines and antelope. These symbolise a natural habitat that preserves life and livelihood as water is in abundance.

Then take a tour to Limpopo’s World Heritage Waterberg Biosphere in a district that stretches from Bela Bela in the south to Mokopane in the east; then to Groblersbrug in the west and Northam in the north. I remember some years ago when I visited Entabeni Legend Golf and Safari Resort I went on a game drive guided by an excellent historian who then showed us the different layers of rock pattern formations from the bottom of the mountain to the top and each layer representing the age of water occupation of the entire region. Alien trees had to be imported and planted to reduce the water in the area which was completely covered in water. This is why the district is now named the Waterberg – loosely translated as the mountain of water.

The southern part of the Waterberg is Bela Bela – which could be translated as boiling water – which speaks to the hot springs found in this small town.

Talking about brands and branding, Brand Finance Africa has just released the top 100 corporate brands in South Africa. While we have an article on this year’s findings which were launched this morning at the Johannesburg Securities Exchange (JSE), let me succinctly say that the mobile technology behemoth, MTN, has rebounded from the COVID-19 pandemic with strong growth to lead second-place Vodacom. The aggregate value of top South African brands has grown by 15% in the post-COVID rebound. The Standard Bank has edged ahead of First National Bank (FNB) and Absa to be the most valuable South African banking brand. On the retail front, Checkers is the fastest growing of all South African brands while fellow retail brands Woolworths SA and Shoprite have also reported quick growth. Capitec Bank is South Africa’s strongest brand. And this year’s instalment has seen a series of mining brands join the rankings for first time.

Before closing off, let me thank The Village Entrepreneurship (TVE) for having hosted me on Tuesday to share my journey with their many entrepreneurs they are mentoring across the continent. Hosted ably by the sassy Melissa Harvey, TVE programme “aims to provoke new and innovative thinking while igniting dialogues with different global business leaders and industry experts fostering a paradigm shift in the entrepreneurial mindsets and practical ways to navigate business and life.”

Melissa is an entrepreneur and Brand Portfolio Director of The Village Entrepreneurship. The guests are live on Zoom and on set and also have the opportunity to engage with the audience during the moderated session.

My topic for the dialogue was on global marketing and expansion. Melissa and I deconstructed brand Africa as I also shared my 360-degree journey having started my entrepreneur journey at 13 selling peanuts, boiled eggs, peanuts at soccer playgrounds on Sundays and later saving enough to buy myself a camera to become a school photographer.

I felt the pressure – and slight anxiety kicked in – as the guest who preceded me last week was Adrian Maizey, CEO of Rand Capital Coffee, the licensee of Starbucks in SA, which makes him the CEO of Starbucks SA too. Watching his sterling performance virtually, I found him to be extremely passionate about the American coffee brand’s impact on our community, and his unparalleled dedication to taking a proudly South African approach as this brand penetrates our market.

The Village Entrepreneurship is a groundbreaking brand that provides a platform for case study-based entrepreneurship development among the youth which will deepen the integration of Africa’s economies through the operationalisation of the Africa Continental Free Trade Agreement (AfCFTA). This deserves support from all sectors.

A Strategic Partner to Enterprises UP (University of Pretoria)

A Supporting Partner to the African Agri Council (AAC)

A member of the World Free Zones Organisation (World FZO)