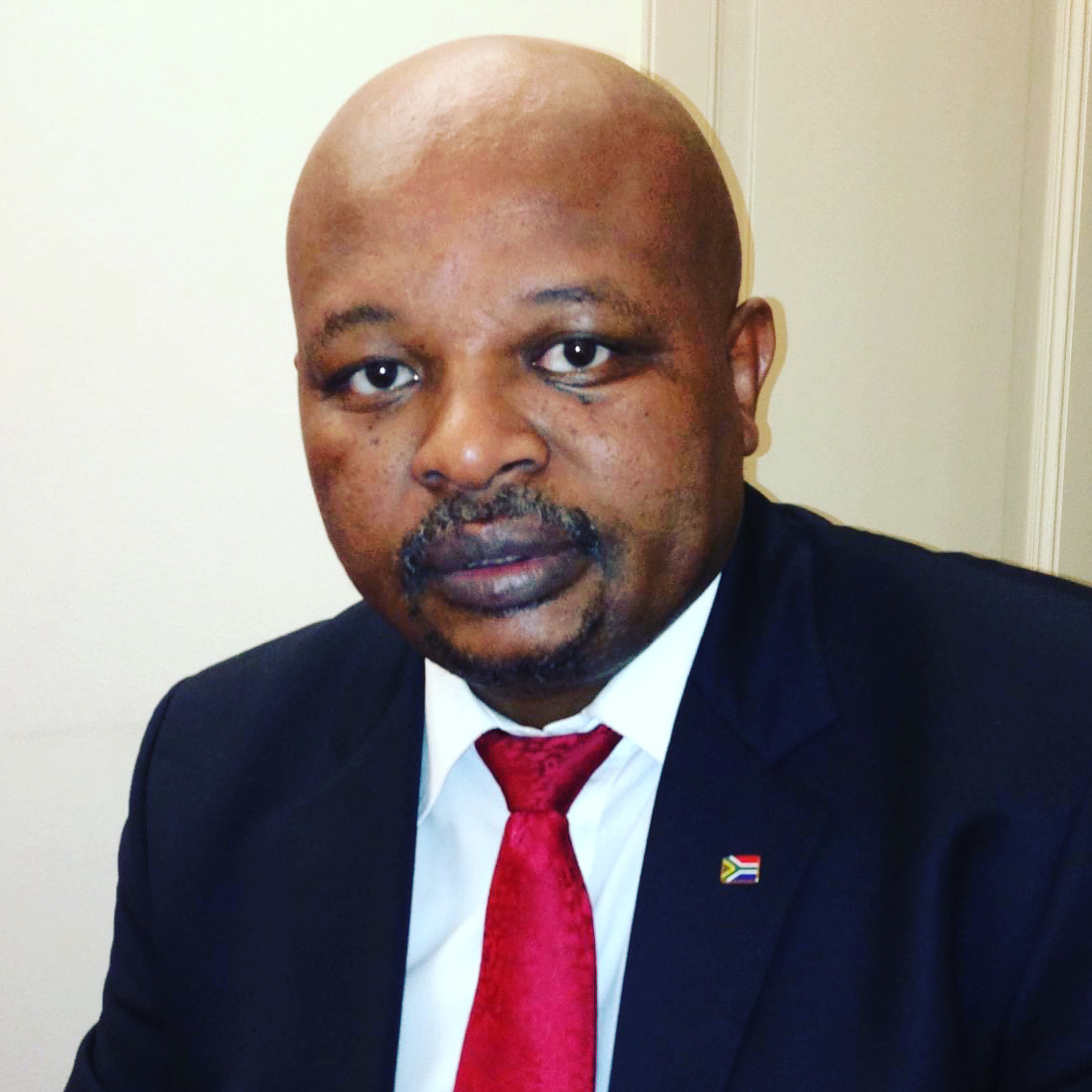 In this month’s comment I would like to echo my sentiment at the presti- gious Africa Brand Summit 2020, convened by Solly Moeng, to which I was invited to be a panelist among distinguished thought leaders – who included Vusi Thembekwayo, Busisiwe Mavuso, Terry Booysen, Sisa Ntshona and Dr Hanan Morsy.

If you thought I was name-dropping in my opening salvo, fasten your seatbelt because this “month’s comment”  is an accelerated journey chronicling Africa’s history and important role players in it.

I’ll start with the reservoir of my inspiration, Burkina Faso’s first post-independence president, Thomas Sankara (1949-1987), when he characterised some of the names appearing in this piece by musing: “You cannot carry out fundamental change without a certain amount of madness. In this case, it comes from non-conformity, the courage to turn your back on the old formulas,[and] the courage to invent the future. It took the madmen of yesterday for us to be able to act with extreme clarity today. I want to be one of those madmen. We must dare to invent the future…”

For now, turn the tide back to the turn of the first century, a Roman author, a naturalist, natural philosopher and a naval commander, a Gaius Plinius Secundus (AD 23/24 – 79), otherwise popularly known as “Pliny the Elder”, mused “Ex Africa semper aliquid novi” – which means “out of Africa there is always something new.”

This was inspired by the advanced civilisation he had observed in Africa. This is the kind of civilisation eloquently chronicled in the scholarship of Cheik Anta Diop and Martin Bernal’s seminal work, Black Athena.

Now fast-track to the 1884-5 Berlin Conference which was dubbed “the scramble for Africa”. This marked the imposition of colonialism which resulted in the deliberate stealing and appropriation of Africa’s wealth; the dehumanisation and acculturation of Africa’s people; and the destruc- tion of their identity.

Then 1899, Joseph Conrad wrote the “Heart of Darkness” – his seminal novel that declared Africa was “a dark continent”.

The turn of the 20th century began with Pixley ka Isaka Seme’s iconic award winning speech in 1906 at Cambridge University that planted a seed for the “regeneration of Africa” and led to the formation of the national liberation movements in Africa – starting with the ANC in South Africa in 1912.

Fast forward to 1963, on 24 May, Ghana’s first post independence President Kwame Nkrumah, at a conference in Ethiopia on the “regeneration of Africa” (to borrow from Ka Isaka Seme’s coinage), called for the unification of Africa. The next morn ing, the Organisation of African Unity (OAU), was launched –  this explains why the newly-established Secretariat for the Africa Continental Free Trade Agreement (AfCFTA) is headquartered in Accra, Ghana.

Then fast-track to 2002, the OAU – under the Chairmanship of President Thabo Mbeki of South Africa – was rebranded the African Union (AU).

Fast forward to 2019, under the Chairmanship of President Cyril Ramaphosa, the AU finalises the AfCFTA and it’s rati- fied by the member states. The first Secretary-General of the AfCFTA was elected – and he happens to be a South African national, H.E. Mr Wamkele Keabetswe Mene.

These ladies and gentlemen, tell us history isn’t happening per chance or it’s coincidental – it’s a deliberate act made by (hu)mankind – to paraphrase Karl Marx in his treatise, “the German Ideology”.

The implementation date for the AfCFTA was initially set for 1 July 2019, but the date was later rescheduled to 1 January 2021 (as a result of the COVID-19 economic lockdowns).

The AfCFTA integrates Africa into a free trade area of 1.3 billion consumers with a GDP of $2.6 trillion – this will be the world’s biggest free trade area.

According to the International Monetary Fund (IMF), Africa was home to six of the world’s top 10 fastest growing economies in 2019.

But brand Africa remains under siege. On 12 June 2018 President Donald Trump, as I alluded to in our September edition, told the world that Africa‘s nations and Haiti were “s***hole countries”. Perhaps I need to clarify that I continuously make reference to this because President Trump is the leader of the world’s biggest economy. The University of Southern California pub- lished a detailed study how these disparaging remarks damaged Africa’s image.

Furthermore, Simon Anholt, a world-renowned competitive identity architect, wrote: “While Germany is known for its engineering; France with chic; Japan with miniaturisation; Italy with flair; Sweden with design; Britain with class; Switzer land with precision; Africa is known with famine, disease and terror.”

Granted, there are numerous challenges the continent is facing and these include: inadequate infrastructure development – road, rail, air and particularly the ICT sector which I will shortly focus on.

Because of these resulting from the legacy of colonialism, the intra-Africa trade is today still sitting at the paltry 14% according to the World Bank. This means billions of dollars flow out of the continent to pay for the imports made out of the beneficiated commodities that Africa has exported, and in most cases, we pay billions of dollars as licensing fees to the intellectual property owners across the world for those products produced in Africa. Thus, “Made in Africa” isn’t synonymous with “Made by Africa”.

If I am to give you an example with South Africa’s wine exports. According to the South African Wine Industry Information and Systems, in 2019 the industry contributed R36 billion to the country’s GDP and globally ranked the 8th in overall vol- ume production of wine – this meant 3.3% of the world’s wine production.

Exports of still (i.e. non-fortified) packaged wines for the 2019 calendar year reached 145 million litres – this constituted 45% of South Africa’s wine exports out of the overall total of 320 million litres. In terms of Economic Partnership Agreement signed in 2014 between the EU and the SACU (whose members are the BNLS countries), only 110 million litres could be exported duty free into the EU. Thus the EU is by far the biggest SA wine industry’s export destination at 74,8% of all wine exports.

This data tells us that 175 million litres of wine exported as non-fortified are then added antioxidants, which include resveratrol, catechin and epicatechin, bottled and branded as wines from such countries as France, Italy and Germany and then exported back into South Africa in which we pay premium prices for them. (The concept non-fortified wine simply refers to all wines produced through the standard winemaking by fermenting the grape juice).

Then the same brands are some of those who constitute the 86% of most popular brands in Africa. Why am I saying this? Remember, only 14% of the most popular brands in Africa are indigenous – this is according to Brand Africa, a reputable annual survey conducted by Brand Leadership Group, IC Events and Africa Practice and validated by, inter alia, African Lead- ership University and Henley Business School.

The irony here is that while Made in Africa product and service brands are struggling in Africa, it’s a different story in the Asian market. Bloomberg reported it’s not so in Asia. For example, the Shanghai-based company named its new toothpaste brand, Darkie, and emblazoned its packaging with a black-faced man sporting a top hat and a toothy grin.

The English name on the toothpaste’s packaging was changed in the late 1980s after Colgate-Palmolive Company bought 50% of the brand, but the product kept its racially charged name in Chinese. It’s still called Hei Ren Yagao –  “Black Person Toothpaste” –  in China and is one of the nation’s top sellers.

United Nations Conference on Trade and Development (UNCTAD) estimates African countries lose $88.6 billion – which is around 3.7% of the continent’s GDP – to illicit capital flight annually through a variety of methods – from tax evasion and deliberate mis-invoicing of trade shipments to criminal acts such as corruption and fraud.

While the AfCFTA will reduce over 70% trade tariffs, inadequate interstate connectivity (such as rail, road and air), means “Made by/in Africa” brands may not adopt price as a competitive advan tage strategy.

Why? A product manufactured in South Africa will first fly in cargo to Dubai, Paris or London before flown back, say in Niger – this is according to an article by S’bu Mngadi published in 2018 by the Sunday Times, means by the time this product lands in Niger it shall have increased its cost by over 350%.

This calls upon us as Africa to invest sufficient resources in our brand development and management effort. Perhaps we need to heed advice from Socrates when he mused: “The way to gain a reputation is to endeavour to be what you desire to appear…”

The most cost effective and efficient way is to adopt digital communications platforms as they transcend national, and even continental, borders. Needless to remind you, these strategic tools are cost efficient too.

We have to affirm our post modernist African look which appreciates the dynamism of our culture as it has intimately engaged with, and imbibed, the best from other world’s cultures to nourish itself. We have, as fully-fleshed members of the global community, transcend our ethnic lines by celebrating “what we have become”, as Stuart Hall muses. Vipin Gupta argued this is an expression of a superior “transvergent” culture – a synthesis, as students of dialectics will argue – that has resulted from a symbiosis of cultures expressed, in our case, through an African idiom.

We have to invest in ICT infrastructure to bridge the digital divide that leave 22 African countries with internet penetration of less than 20%.

Despite dramatic growth over the past decade, only a quarter of Africans are connected to the internet, leaving the majority of consumers unable to shop online, access online delivery of services, benefit from e-Government, or make electronic payments.

So, major improvements in communications infrastructure are essential for digital trade to fulfil its potential to create jobs and boost economic growth.

This is our call! This is what has inspired the establishment of Jambo Africa Online! We need you all onboard as stakeholders harbouring vested interest in Africa.

Just a quick update on Jambo Africa Online’s publisher, Brandhill Africa (Pty) Ltd, on forging strategic partnerships. We’re now a Supporting Partner to the African Agri Council; a Strategic Partner to Proudly South African and Brand South Africa; and, we’re now an Associate Member of the World Free Zones Organisation (World FZO). We will continue reaching out to other pan-African organisations across the continent.

I can’t sign off without revisiting Sankara’s inspiring trail of thought by quoting Egypt’s goddess of letters, Nawal el Sadaawi, when she advised: “Creativity starts with disobedience!”