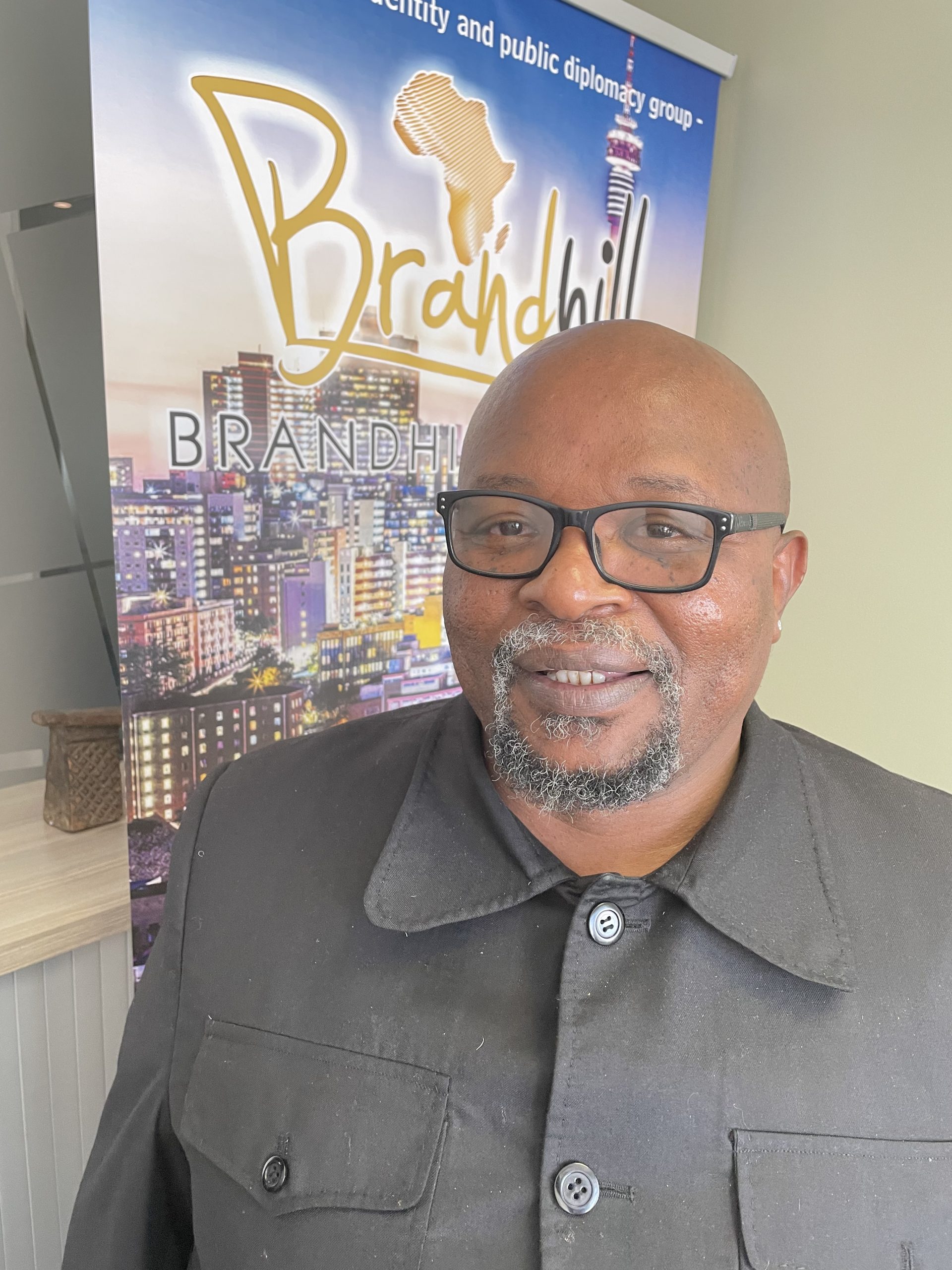 I always steer clear of religion and party politics, but this time I’m going to deviate from this stance. I neither intend sounding blasphemous nor controversial. I’m religious, I’m a Methodist. If I was to sound controversial, I was to simply say the brand promise that South African government makes, keeps and timeously so if I may add: is load shedding. If they say load shedding will be effected from 18h00, believe them because it will be. That’s my slight deviation from what I want to talk about. Blasphemy? No, that’s not the subject of this narrative. But some sensitive readers – or religious zealots, to put it bluntly – may find it offensive. Upfront sincerest apologies to them.
I’ve been thinking perhaps in order to attract many men to church, how do we need to rephrase the brand promise of Christianity. Put simply: how do we make heaven more attractive to men? Who could be its best influencers?

According to the US men-women ratio in religion by the reputable research institute, Statista, the margin is the widest in the Black Protestant tradition at 42 to 58. This made me wonder what could be the rationale for this? How do we make heaven attractive to attract male worshippers? The images created thus far appear more boring to men – a paradise of heavily white-bearded men and angels all singing soulful hymns. This doesn’t cut it.

Then a Muslim dear friend of mine referred me to this sacred text: “Abu Said al-Khudri said, Allah be well-pleased with him: The Messenger of Allah said, upon him blessings and peace: ‘The humblest of the People of Paradise shall have eighty thousand servants and seventy-two wives. A palace of pearl and peridot (a pale green variety of chrysolite; used as a gemstone) and sapphire shall be erected for him as wide as the distance between al-Jabiya [a valley about 70 kms. East of Makka] and Sana’ [in Yemen].’” This came from Sunan al-Tirmidhi Vol. IV, ch. 21, hadith 2687. So will I be wrong to think that’s why the ratio in the Muslim religion is this high as it is 59 to 41 (though second highest to the Hindus at 66 to 34). I find this image of paradise just too attractive. Am I being too simplistic? I’m aware there could be other factors or variables to be considered.

Talking about influencers, this takes me back to the ingenuity of our people in the rural town of Hammanskraal, 40 kilometres north of Pretoria. I sometimes suspect social media sensation, Dingis Motlakwane, is right about sub-cultures emerging from this part of the country. I’ve just been told they have just dropped the concept of “blessers” (male equivalents of cougars) and replaced it with “influencers” – which to them denotes dating a well connected older guy who can influence his networks to help you make money instead of blessers who only gave you money and thus making you wholly dependent on them. So influencers, in this Hammanskraal context, are more empowering.

But what is the concept of influencers in a brand management context? They are traditionally referred to as brand ambassadors. And in this age of social media giving everyone the platform to create content, they’ve emerged as influencers. According to the American Marketing Association (AMA), the contemporary household brands are not created through traditional mass advertising but they’re built alongside content creators. “Brands that utilise creators as brand storytellers are now the names on everyone’s lips,” says the professional body. “It can’t be bought. It can’t be faked. It must be built, one genuine creator relationship at a time.”

With internet penetration enhanced all over the world particularly as we were all catapulted by the outbreak of COVID-19 pandemic and the subsequent lockdowns intended to contain its spread, influencers have become the backbone of almost all successful marketing approach as this developed into an industry worth more than $13.5 billion globally in 2021.

This development means that “consumers now want to follow people (and) not companies,” concludes the AMA report matter-of-factly.

Influencers or brand ambassadors are not full time employees of a company. We’ve profiled the sassy Macy Mabula in this edition of our news portal to try to illustrate what a brand ambassador or influencer does. Her unpretentious beauty, for us, is the kind that probably inspired the prolific Ethiopian-American writer and historian, Yosef Alfredo Antonio Ben-Jochannan (1918-2015) – whose admirers referred to as “Dr Ben” – to muse: ”Dipped in chocolate, bronzed in elegance, enameled with grace, toasted with beauty. My lord, she’s a black woman.”

According to the AMA, there’s no limit as to how many brand ambassadors or influencers the company may choose to enlist their services, but the challenge is finding the right ones and following the necessary steps to maximise their content on social media. The guidelines they give is that a company should partner with brand-aligned creators; leveraging creators as brand storytellers; allowing them creative freedom; and the company needs to invest in an excellent creator management tools.

One of the executives interviewed in the AMA Survey, Sabrina Medert, Vera Bradley’s senior social media strategist, spoke about the interdependence between the company and its influencers: “I do think that the influencers become our friends – they become people we can rely on… And then, at the same time, they can rely on us, too. Because that’s what you do with your friends. That’s what you do with your relationships.”

The worst mistakes for me that companies make is to give restrictive rules to influencers they’ve broad onboard. It’s like that common mistake they make as they’re attracted to you because of how you do things, they approach you to work for them, once you’ve accepted their offer, the first week is dedicated to them “orientating” you – basically telling you how they do things and getting you to conform to their templates. Then my question has always been: why have you brought me here, offer me this huge salary, and expect me to do things the way you’ve always been doing? Where do I add value to justify the salary you’re paying me?

Although I’ve been using the two terms of brand ambassador and influencer almost interchangeably, a brand ambassador does not need to actively produce any content, they just have to excel in what they do – like Tiger Woods. He had “the power to elevate a brand across multiple social channels” endorsing a company, product or services. When he spoke about the company, product or service through media interviews or on his social media platforms, he simply amplified what is generally referred to in marketing as word-of-mouth.

Take an example of wrestler turned movie star, Dwayne Johnson (a.k.a. The Rock), who has over 220 million followers on social media, making him the most followed on earth. According to the media reports, his film contracts include payment for each and every social media post he will promote the movie with.

The influencer or brand ambassador has to have a basic understanding of marketing; gathering insight reporting back to their client; engaging online presence; keeping it professional at all times; leading their community; and their excitement about the company, product or service has to be seen as genuine.

But there’s a danger with a brand being identified with a human being. Take what happened after the Tiger Woods’ infidelity scandal broke in 2009. The five biggest sponsors who dumped him were Gatorade, AT&T, Accenture, EA Sports and Gillette. But Nike stuck with him through this controversy. Now it is reported that his contract is worth $22 540 000 to the brand, after they started out with a $49 million five-year contract, which turned into a $100 million deal later on.

Back to my opening salvo, many of our charismatic priests are not doing justice to selling Christianity to us. They abuse the vulnerability of our people. In fact for me, two things are telling about the deterioration of a city: the opening of the Universal Church of the Kingdon of God (renowned for encouraging job seekers yo bring their curriculum vitaes for blessings); and the R5 shop (a shop where each item sells for R5 or less). Sign of affluence in a neighbourhood? Veterinary Clinic. So these unscrupulous charismatic priests are not good brand ambassadors of Christianity.

Before signing off, let me thank SAFM and Thobela FM – both owned by the public broadcaster, SABC – for affording me the opportunities for interviews on the AfCFTA as part of our post-webinar publicity with H.E. Wamkele MENE, SG: AfCFTA. To listen to the SAFM podcast, please click here.