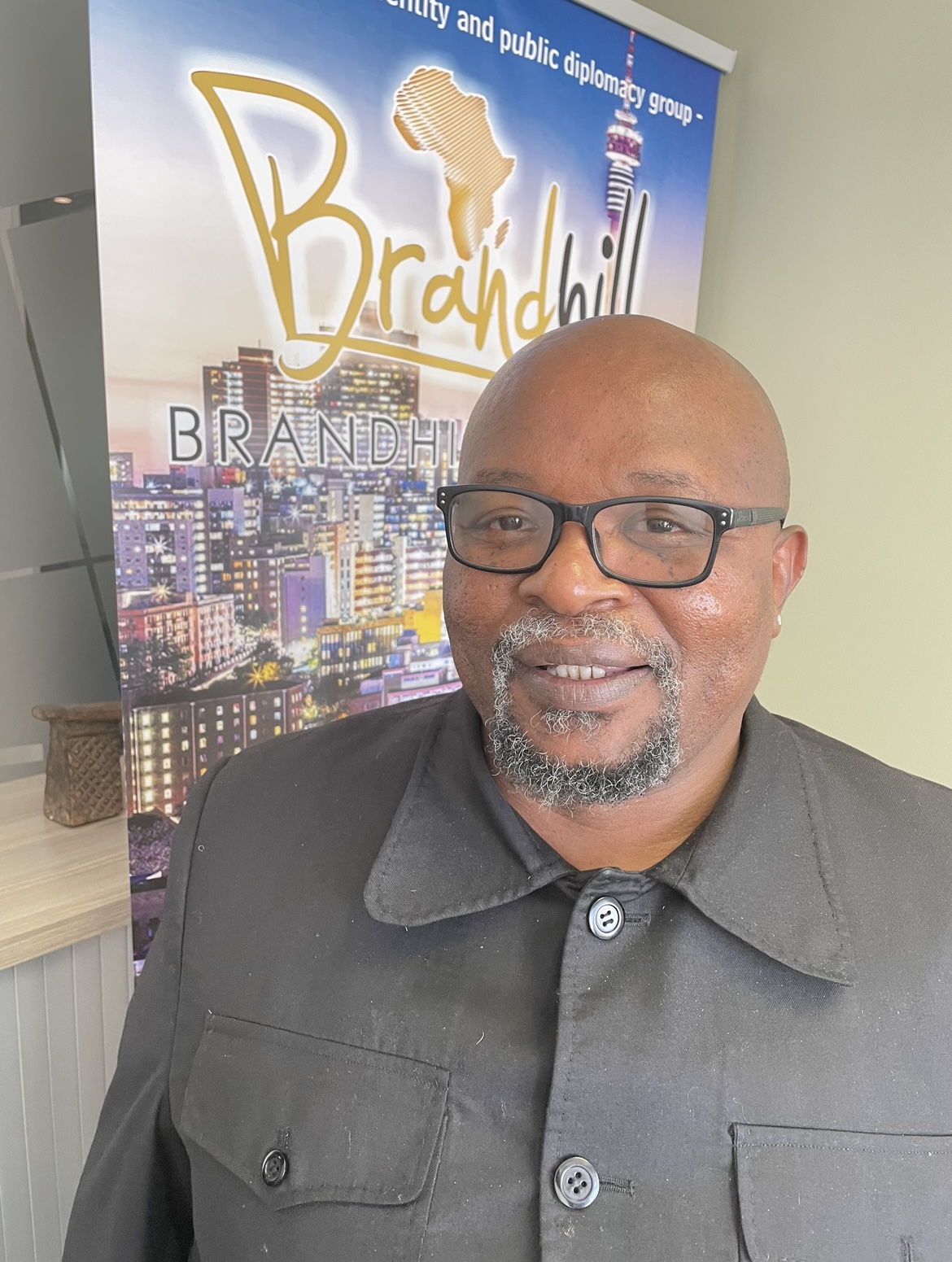 I was privileged to crack an invitation to Brand South Africa’s prestigious expanded Nation Brand Forum 2022 held from 4 to 6 October at the Sandton Convention Centre in Johannesburg. Its apt theme was “an inclusive partnership to rebuild the economy and drive the nation’s competitiveness”. According to Sithembile Ntombela, the Acting CEO of Brand South Africa: “The theme aims to foster collaborative partnerships between business stakeholders who contribute to growing the economy of the country and help position South Africa as an attractive investment destination.”

The three-day event comprised of a youth symposium, roundtable side-events with various stakeholders including the media, and private sector open plenaries, focusing on key drivers of trade, investment, and sustainability.

Brand South Africa (Brand SA) is the official marketing agency of South Africa, “with a mandate to build the country’s brand reputation, to improve its global competitiveness. Its aim is also to build pride and patriotism among South Africans, to contribute to social cohesion and nation brand ambassadorship.”

The agency’s website describes the Nation Brand Forum (NBF), which was first launched in 2016, as one of Brand SA’s flagship programmes “to co-ordinate the active participation of the relevant stakeholder groups in achieving a coherent and compelling Nation Brand image, reputation and identity that best positions the country domestically and globally. The Forum is an opportunity to engage, reflect, share experiences and knowledge in order to find ideal best practices to market and communicate the country’s image and reputation across the world. It is with this view that key stakeholders meet to build on and leverage SA’s Nation Brand strengths with the purpose of driving both social and economic growth.”

The forum will also host spotlight sessions on best practices on nation branding, youth empowerment and development, as well as how to leverage opportunities presented by the newly established African Continental Free Trade Area (AfCFTA).

This year’s  Forum, according to Brand SA’s media release, took place “during a time when the country’s economy is going through major challenges.” Expanded into three days, the event was staged across four venues in Johannesburg – namely the Nelson Mandela Foundation premises, Emoyeni, Constitution Hill and the Sandton Convention Centre (SCC).

Sithembile posited: “After two years of navigating the pandemic, the economy has shown signs of a strong rebound as shown in the growth figures of the first quarter of 2022, where it grew by 1.9%. This was a second consecutive quarterly growth. This shows that it is possible to develop an inclusive economy that absorbs job seekers if the public and private sectors collaborate. Launched in 2016, the Nation Brand Forum (NBF) is Brand South Africa’s flagship annual forum established to mobilise, engage and collaborate with diverse stakeholders to shape a coherent agenda for a compelling nation brand image, reputation and competitiveness. The country’s robust Economic Reconstruction and Recovery Plan (ERRP) to rebuild the economy, puts it in an enviable position as a proven and attractive destination for sustainable investment and growth opportunities.

“As one of Africa’s leading markets alongside Nigeria, the country has positioned itself strategically as a hub for Africa’s digital economic revolution. Netflix, for example, announced an investment of $60 million at the annual South Africa Investment Conference, in a bid to help South African creatives bring high quality stories to a global audience.”

The Acting CEO mentioned that Aspen, the African pharmaceutical giant, has partnered with Johnson & Johnson to produce more than 200m doses of life-saving COVID-19 vaccines.

She also alluded to Petredec, one of the world’s largest traders, providers and distributors of liquefied petroleum gas used their  long-standing partnership with Bidvest Tank Terminals to build a $6.1 million LPG storage facility in Richards Bay, South Africa.

Another milestone was in early 2019 when P&G invested a further $18.2 million, to expand the local production of Always Sanitary pads, utilising the latest technology in its state-of-the-art facility in Kempton Park.

The forum gave stakeholders and delegates the opportunity to engage on the progress made so far in the implementation of the Economic Reconstruction and Recovery Plan (ERRP) and Operation Vulindlela – a programme led by the Presidency and National Treasury to fast-track implementation of structural reforms in key sectors such as energy, logistics, and telecoms. “The economic recovery plan and structural reforms are aimed at stimulating the South African economy to attract investment,” explained Sithembile matter-of-factly.

This year’s Forum built on the successes of the previous five years of engagements. Over the years, the Forum has featured leading local and global private and public sector representatives as well as leaders such as H.E. Wamkele Mene, the Secretary General of the AfCFTA, Phuthi Mahanyele-Dabengwa, CEO of Naspers; Dr. Stavros Nicolaou, Group Senior Executive at Aspen Pharmacare Group; Strive Musiyiwa, international businessman and philanthropist; and Dr Ryan Noach, CEO of Discovery Health, to mention a few.

“Overall, stakeholders have walked away from the 6th Nation Brand Forum with an understanding of what contribution they can make to rebuilding and growing the South African economy to alleviate youth unemployment, stimulate entrepreneurship, and increase investment,” posited Sithembile.

While I commend Brand SA for the sterling work it did in the Nation Brand Forum 2022, there was an elephant in the room to those of us who have been following the media reports. It is worth indicating that the Ministry of Tourism has announced Brand SA and SA Tourism will be merging. As an observer, I do understand the logic of rationalisation taking into consideration the economic constraints our country is facing. While taking these into consideration, we should also be mindful that branding, as I have argued in my latest book, “De/constructing brand Africa: A Practitioner’s Perspective”, is a revenue generator. We have to invest sufficient resources – both human and financial capital – to manage our country’s reputation by brand positioning it as a viable destination for tourism and investment while at the same time opening market access opportunities for “Made in South Africa” service and product brands.

This has to be emphasised that rationalisation doesn’t equate mere cost cutting, but speaks to developing strategic and operational efficiencies to ensure that the resources we invest don’t just communicate the South Africa we want, to borrow the African Union’s brand mantra, but also the South Africa they want. I have elaborated extensively on this in my book as the former encapsulates the brand identity we will formulate while the latter is brand image that our stakeholders will harbour about us.

I used the opportunity to promote my book and to hand a complimentary copy to Thebe Ikalafeng, one of the foremost thought leaders on nation brand that I often quote in my editorials.

Perhaps I should share my observations on the evolution of Brand SA; the dialectical interdependencies between Brand SA and SA Tourism; and the near capture – for want of a better word – of the former by the latter. SA Tourism was launched as an agency of the Department of Tourism. Brand SA was launched as the International Marketing Council (IMC) in 2002 “with a mandate to build the country’s brand reputation, in order to improve its global competitiveness.” This meant although Brand SA reported into the Presidency, it primarily supported the trade and investment mission of the Department of Trade, Industry and Competition. And during the President’s state, official or working visits, Brand SA event managed the business engagements on behalf of the dtic – these events are then addressed by the President and his guest/host.

In terms of the value chain between the two institutions – and I’m going to put it simply hoping not simplistic in relation to the tourism sector – Brand SA promoted investment opportunities , for example, in the development of tourism facilities such as hotels and parks, and once these were constructed, SA Tourism, as part of their destination marketing effort, promoted them to attract bookings.

From my observation, besides the structural advantages that Brand SA enjoyed over SA Tourism, it was strategically – in terms of its mastery of both theory and praxis – superior to the latter. Their research engine was highly efficient and in full swing. SA Tourism was overshadowed by Brand SA. I don’t subscribe to the cult of personality, but Brand SA began to suffer decline in stature after the charming and sassy Yvonne Johnston, the CEO, and Kheepe Moremi, the intellectually-gifted Chief Marketing Officer, had quit.

Forget about the two personalities I’ve just alluded to above, in short, Brand SA was philosophically and managerially swallowed up by SA Tourism. The then CEO of SA Tourism was appointed an Acting CEO of Brand SA, an official at the tourism agency was appointed the Chairman of the nation brand’s Board. Then later a former SA Tourism’s Country Manager: US was appointed the CEO of Brand SA. After his departure, this process of cannibalisation of Brand SA by SA Tourism was deepened when the former Director-General of the Department of Tourism was appointed as the CEO of the former. This new CEO’s tenure was troubled, to say the least, and the institution was catapulted into a crisis that was charscterised by the non-appointment of a permanent CEO for many years to this day. To add salt to a wound, the GM: Research, quit the organisation throwing allegations that forced the nation brand agency into a defence mode to manage its own reputation.

So I believe the merger may bring stability in the country’s nation brand effort. But the new entity has to be led by, my suggestion, has to report into the Presidency (yes, I’m conscious of the excitement at the SA Tourism for the merger and the apparent anti-merger desperation as expressed in the poorly conceptualised and ill-advised statement released by the Brand SA’s Board chairperson on 16 September); recruit a CEO well endowed with competencies to develop a competitive identity to position this country positively on the tripartite alliance of trade, investment and tourism; develop excellent strategic and operational framework to leverage on the capacity interdependencies between the two institutions; ditch the Anholt-Gfk Nation Brand Index (NBI) and adopt Keith Dinnie’s more progressive ICON Model as the appropriate nation brand development and management framework; be sufficiently resourced; and while dedtinstion marketing is critical, thought leadership on trade and investment promotion has to be the backbone of the new entity.

Brand SA, or an equivalent stand-alone institution, is critical considering that we no longer have Trade and Investment South Africa (TISA) which was integrated into the dtic in 2002 as a branch – and later dismantled into two separate branches by divorcing trade from investment promotion. As I have argued in my book, the dissolution of TISA was both a strategic and tactical blunder. The deliberate stance to comment on the split between the trade and investment promotion streams, the better for my sanity.

The new entity has to strengthen its relationship with all the South Africa’s diplomatic missions abroad – obviously through DIRCO. This is critical considering that both Brand SA and SA Tourism were forced by budgetary constraints to adopt a hub-and-spoke model in 2016 while they already had a less than country offices abroad, so our over 162  diplomatic missions abroad could be the foot soldiers of the new entity. This is also critical considering that DIRCO’s Public Diplomacy is highly under-resourced. Furthermore, strategic partnership has to be forged between the new entity and the highly under-utilised and highly under-resources Channel Africa – a broadcast service housed at the SABC.

I’m grateful to the Embassy of Denmark for having invited me to engage with a business delegation they have invited to come and explore investment opportunities in our energy sector.

Before signing off, let me share with you the link to the hour-and-a-half long Zoom interview I did with KK Diaz on brand Africa within the context of my new book. Please click here. Do follow his empowering podcasts, “A-Game”, by clicking here.