Publisher’s Comment: The challenges of the SMEs in a declining economy – Views from the coalface 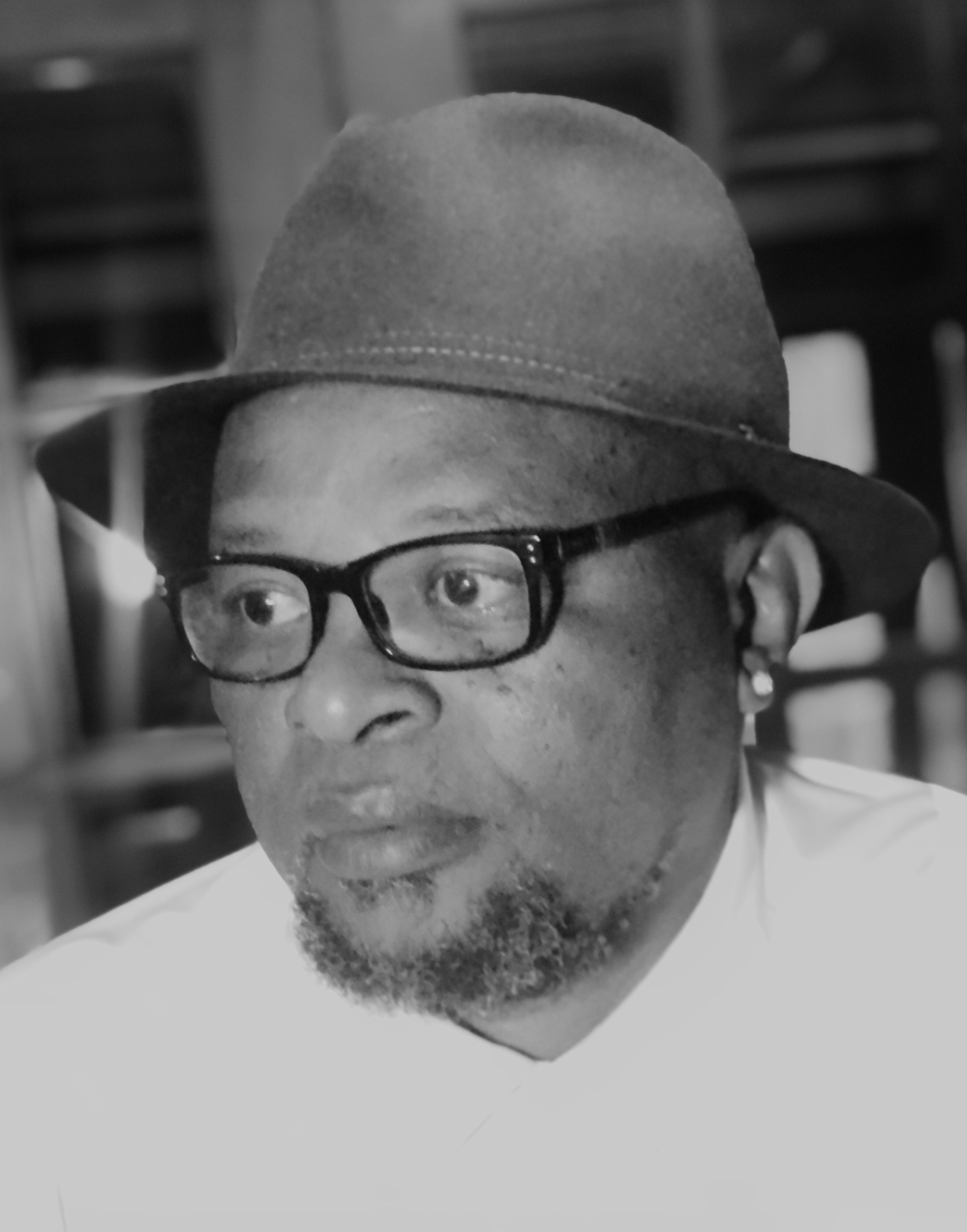 According to an article, “How South African SMEs can survive and thrive post COVID-19”, by McKinsey & Company, the small and medium enterprises (SMEs) in South Africa constitute more than 98 percent of businesses; employ up to 60 percent of the country’s workforce across all sectors; and account for 25 percent of job growth in the private sector. Granted, their contribution to the GDP in South Africa dwarfs what the sector contributes in other regions — that is, only 39 percent compared to 57 percent in the European Union (EU) — it is undebatable that this sector is the economy’s critical engine. These statistics basically demonstrate that the work is cut for the Department of Small Business and Cooperation in this country.

The McKinsey & Company article goes further to say for the South African SMEs who were already having challenges of contending with the contracting economy following vicious downgrading of the country’s investment grade to a junk status by all three rating agencies, strenuous shocks from COVID-19 put further pressure on their operational sustainability. “Lockdown measures have caused revenues in many SMEs to fall precipitously and the majority report that they are being forced to cut back on business spending to survive,” asserted the report. “SMEs are the lifeblood of South Africa’s economy – and also the most at risk… For some, this may not be enough; analysts are predicting that around 60 percent of SMEs may close before the crisis is over.”

SMMEs, in effect, are not growing fast enough to meet the National Development Plan (NDP) targets, which envisioned that the segment would contribute up to 80% of GDP growth and generate 90% of an estimated 11m new jobs by 2030.

“The segment would have to grow at a rate of at least 20% a year to achieve the NDP goals,” says John Dludlu, CEO of the SBI. The odds of success are also low.

According to the Global Entrepreneurship Monitor, South Africa has one of the highest business start-up failure rates in the world.

The Enterprise Observatory of SA estimates that 31 companies with a taxable income under R10m shut their doors each week and former minister of trade and industry, Rob Davies, claimed that over 70% of businesses failed in less than two years.

Whereas SMMEs account for 98% of the formal economy across all sectors in SA, the segment only accounts for 28% of formal jobs. Medium firms, according to the SBI study, account for 12%, whereas small firms account for 11% and micro firms for 5%.

A thousand large employers, including the government, state-owned companies and civil services, in contrast, contribute 56% of these jobs.

The number of formal, employing SMMEs is also much smaller than initially anticipated, totalling roughly 250 000 firms.

“The stats show that SA is an outlier in both the developed and developing world, where the general trend is for SMEs to contribute between 60% and 70% of jobs,” says Dludlu.

The situation looks better when informal employment is also considered. Ernest Boateng, CEO of the SA Institute for Entrepreneurship, estimates the sector’s contribution to employment to be between 55% and 60%: “People tend to overlook the importance of the informal job market, but it actually has a huge potential to alleviate poverty.”

There are critical reasons why SMEs struggle to meet their obligations – both financial and material. This could be largely be attributed to red tape and late payments. Although the private sector is also to blame, a recent report by the Auditor General of South Africa indicated that only one province out of nine in this country settled invoices within 30 days as prescribed by the Public Finance Management Act (PFMA).

The worst problem encountered by the SME sector not only in South Africa but across the continent and globally is corruption. If one peruses the rankings of African countries in the Corruption Perceptions Index Rank as annually compiled by Transparency International, one realises this is a challenge that we should all tackle ruthlessly. Only three countries in Africa – namely, Seychelles (27); Botswana (34); Cape Verde (41) and Rwanda (49) – rank in the top 50 less corrupt countries globally. The continent’s five biggest economies are the most worrying as their scores, except for South Africa, have worsened – Nigeria at 149 (worsened by 3 notches from last year); Egypt at 117 (after last year’s 106); South Africa at 69 (improvement from last year’s 70); Algeria at 104 (last year’s 106); and Morocco at 86 (from last year’s 80).

We shouldn’t dismiss this as mere perceptions because the science of marketing has clearly proven beyond doubt that, from a stakeholder perspective, perception is reality. In my MSc in Global Marketing research, investors ranked corruption as the third variable they consider when they decide on an investment location – this only comes after the rule of law and political stability.

According to a research by the Small Business Institute (SBI), in South Africa an SME owner generally spends “on average spends up to nine working days a month dealing with red tape”.

The problems alluded to above get compounded when you descend from the national and provincial spheres of government to the local. The SBI research indicated that there are only 7% of SA’s municipalities which are well-functioning and this “puts all kinds of burdens on small businesses ranging from infrastructure to service delivery.”

In a recent report by the Auditor-General of South Africa, only one province out of nine complies with the PFMA in settling invoices within the prescribed 30 days.

“Red tape strangles growth and competitiveness. The compliance burden not only relates to the volume of regulatory requirements and poor administration, but extends to the frequency of regulatory change,” John Dludlu of SBI is quoted as saying.

“Support for medium-sized enterprises is vitally important, given their better-than-average potential for job creation. Evidence suggests that large enterprises might have reached their peak of job creation, especially in this tough economic environment,” Dludlu says.

Boateng says that each industry has its gaps, and the trick for an entrepreneur is to find something that he or she is passionate about within those gaps. “You will lose steam if you merely start something to make money.”

The biggest potential, according to Boateng, lies in solutions that address future needs. Agriculture and the environment are at the top of this list, as they speak to the very essence of human existence, by relating to food production as well as resource management.

Technology also presents good opportunities. “Many tech start-ups fail because they are not making a meaningful contribution.

The innovations we need are things that help to improve societies, for example through better educational or health solutions, renewable energies solutions or solutions that reduce wastage,” Boateng says.

Entrepreneurs should also take note of how the business environment is changing. Boateng explains that competition used to be one of the main concerns during the 19th to 20th century, but today the in-thing is collaboration: “The result is an increasing number of businesses joining forces to complement or strengthen each other’s position.”

While large corporates also have the benefits of economies of scale, smaller businesses can adapt more quickly to change and have a closer relationship with their customers – something that is becoming more and more important.  Entrepreneurs are also becoming more environmentally and socially conscious.

Entrepreneurs, instead, are finding fulfilment in being in charge of their own time and doing the things they like.

Employees are also no longer just seen as people who work for them, but as part of a team that helps to take the business higher,” Boateng says.

These issues, needless to say, are also continental and universal. This is what Dr Amany Asfour, the President of the African Business Council (AfBC), emphasised last week in my interview with her when we were hosted by Dr Nimrod Mbele, in his Chai FM’s “Beyond Governance” show. Catch the podcast of the hour long interview here.

It is significant for entrepreneurs and SMEs to join industry and professional bodies for development of their stakeholder networks, access professional and business development opportunities, and gain endorsements, accreditations and build their reputation in their industries. Personally I am a member of the Marketing Association of South Africa (MASA) and, as an alumnus, also of the Institute of Marketing Management (IMM), which is a founding member of  the African Marketing Confederation (AMC), which “brings African marketing professionals together for networking and training events. The AMC offers an array of professional marketing courses and qualifications to signed up professionals of its member organisations.”

Furthermore, Brandhill Africa (Pty) Ltd as a pan African competitive identity and economic diplomacy agency – that brand positions cities, countries, regions and Africa as viable destinations for tourism and investment; advocates for investor-friendly regulatory environment; and also opens market access opportunities for “Made in Africa” service and product brands – is a member of the African Tourism Board (ATB), World Tourism Network (WTN) and has forged strategic partnerships with a number of reputable institutions. These include Proudly South African (Proudly SA); World Free Zones Organisation (World FZO);  African Agri Council (AAC); and Institute for Global Dialogue (IDG). We also have a structured agreement with UNISA Enterprises and Enterprises UP – these are revenue generating agencies of the University of South Africa (UNISA) and University of Pretoria (UP).

We were also humbled to be recognised as the “Best Brand” at the “Brand Leadership Award 2021” hosted by the World Brand Congress.

Our parent company, Brandhill Africa (Pty) Ltd, has established the Brandhill Africa Service Exchange (BASE) platform for professionals and traders. Established as WhatsApp group (click this link to join) which will soon evolve into an App, it is envisaged as a platform for procurement of services or goods between two or more individual entrepreneurs or SMEs without the use of money as a medium of transaction. In essence, service exchange involves the provision of one good or service by one party in return for another good or service from another party. This will, I strongly believe, help to lessen market and industry entry barriers for SMEs; enhance the competitiveness of SMEs (particularly start-ups by entrepreneurs who have talent and skill to offer in exchange); and most significantly, alleviate the potential breakdown in relations between SMEs arising from non-payment of services or goods procured where money was to be the medium of transaction. Please join this platform.