Publisher’s Comment: Unlike television, “radio gives birth to a million images in a million brains” 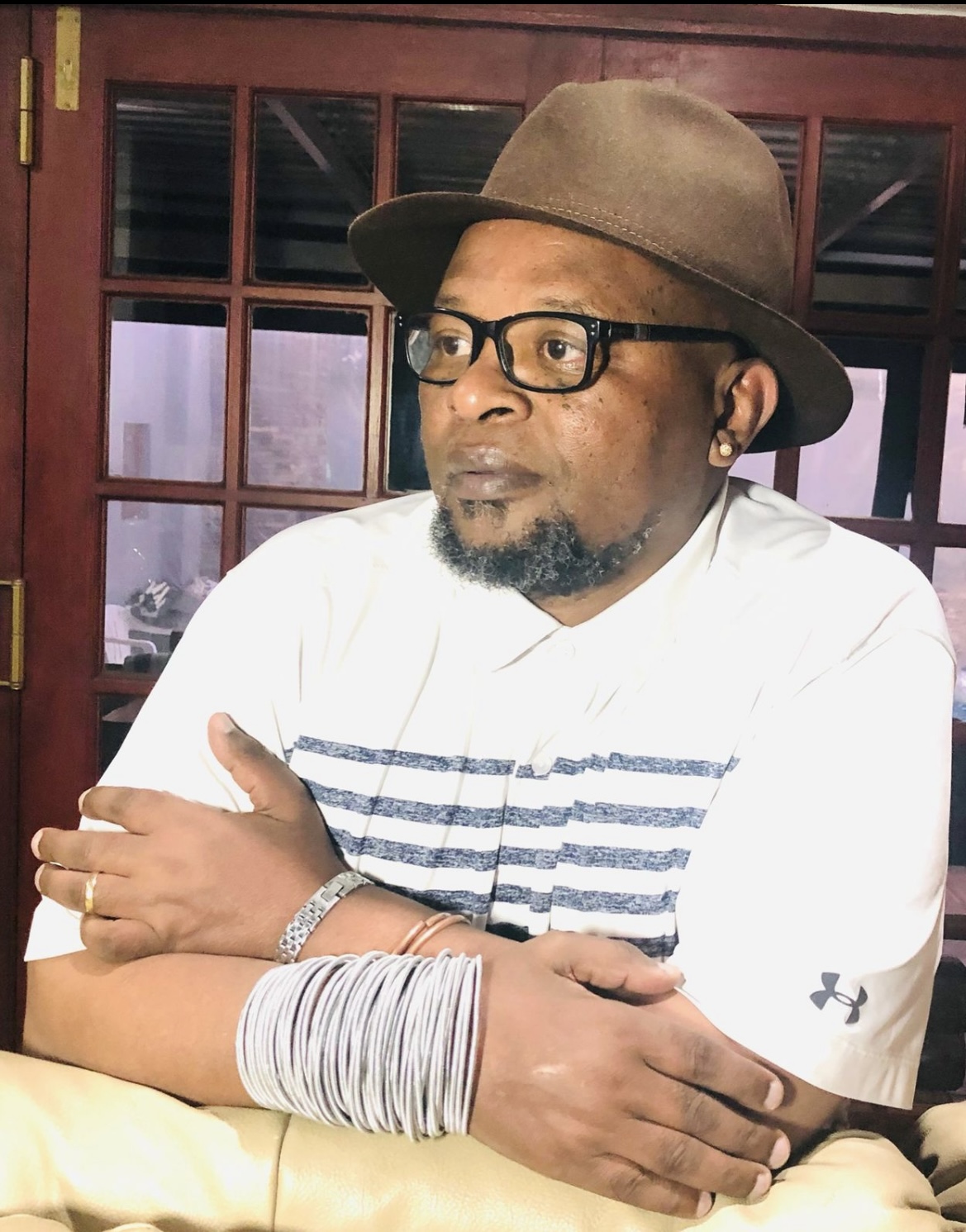 The title quotes inspirational words speak to timeless survival and growing popularity of radio as a medium. This idiomatic phrase was written by Wall Street Journal columnist, Peggy Noonan, in her 1990 book, “What I Saw at the Revolution: A Political Life in the Reagan Era”.

Perhaps she was inspired by Don Williams – my most favourite country musician as I was growing up in rural Hammanskraal where radio was the only medium, in addition to our school textbooks, introducing us the world of infotainment – in his 1982 hit song, “Listen to the radio”. Here’s the stanza I love most:

This alluded to the potency of music. No wonder Hans Christian Andersen, a prolific Danish writer, poet, playwright and novelist, mused: “Where words fail, music speaks.”

This is what I will be urging you to do this Sunday, 6 November, when I will be launching my new jazz music programme on 101.9 ChaiFM (for those preferring to audiostream, please listen live on www.chaifm.com) from 16h00-17h00 (CAT). This weekly heart-warming show is aptly titled “Sunset Serenade”. I’ll be sharing timeless, explosive and yet soul-soothing serenades defying the narrow definitions of this universal music genre which is most eloquently expressed through an African idiom. It will be a tour de force of troubadours from South Africa, Africa and across the world.

I may testify to the popularity of radio judging by the overwhelming feedback I’ve been getting over the past three decades – and especially most recently – as I’ve been regularly been interviewed as a guest by 101.9 Chai FM, 702, SABC’s SAFM, Motsweding, Thobela FM (“Tseba Afrika”) and SABC News’ “Morning Live” programme; Radio Bop SA (“Across the continent with Saul Molobi” daily slot); Nigeria’s Central News television channel; and independent stations as Radio Islam and Radio Veritas. During these interviews I have been more in the firing line as a guest – especially during my almost twenty years as a government spokesperson. The closest to being a presenter was when Thabiso Kotane generously smuggled me into his Power FM programme, “Power Perspective”, to help mainstream issues affecting people with disabilities. I will forever be indebted to him for the two-year opportunity he gave me.

As the media is intimate and radio’s programming, like newspaper columns, is presenter-driven, perhaps I should introduce myself with a short profile. I’m a former South African Consul-Général to Milan, Italy, and my professional career has seen many touting me as one of the foremost thought leaders on competitive identity and public diplomacy characterised by my efforts in building iconic brands drawing from my experience in brand management, cultural industries, economic diplomacy (investment promotion; destination marketing; market access) and corporate social investment. My highest qualifications are an MSc in Global Marketing (Liverpool) and an MA in Dramatic Art (Witwatersrand). My earlier qualifications are a BA (Hons) also from the University of the Witwatersrand; a Post-Graduate Diploma from the IMM Graduate School of Marketing; and a BA degree from the University of the North (now Limpopo). I am designated as a Fellow of the UK’s Chartered Institute of Marketing.

I’m the founding Group CEO and Chairman of Brandhill Africa™ group. My area of specialisation is on how a country’s nation brand impacts on investor and consumer decision making. I’m the founder of this pan African weekly news portal and a quarterly Biashara Services and Products Africa (BiSPA) Conference & Exhibition – both platforms promote “Made in Africa” service and product brands. I’m the custodian of the “Africa IPA CEO Forum” which forges collaborations between CEOs of investment promotion agencies (IPAs) of African countries. My newly-published book is “De/constructing brand Africa: A Practitioner’s Perspective”. The e-book version of this and another, “Sound and Fury: The Chronicles of Healing”, are on Amazon. I have developed cartoon adaptations of my children’s stories, “The Magic Series”, based on my 2 000 reader, “Thulani’s Magic Water”, which was part of the Heinemann Publishers’ Junior African Writers Series (JAWS).

My relationship with the arts goes back my rural upbringing in Hammanskraal where there were no entertainment amenities and people had to resort to soccer and booze. Through the influence of my cousin, Oupa Dube, who came from Rustenburg’s Tlhabane township to live with us as he had to go to a teacher college about 30 kilometres from my village, I joined the community theatre group he established. I was headed to my teenage years. This introduced me to the world of literature (particularly reading for pleasure). This became my pastime and later the basis of my politicisation, academic studies plus my professional career as I then worked as a journalist – become the Arts Editor of Learn & Teach magazine in Johannesburg – the golden cultural melting pot of the continent.

I have been full time with Brandhill Africa™ since 1 July 2020. The humble work I’ve been doing with colleagues has made waves across the continent and across the world. I have been nominated twice by the World CEO Rankings Board as “The World CEO of the Year” in 2020 and 2022 (please do vote for me on www.ceorankings.com since the closing date is end November. In 2020, the World Brand Congress bestowed upon  Brandhill Africa™ “The Best Brand” at their “Brand Leadership Awards 2020”. The most humbling news came this week from the US-based World Confederation of Business (WorldCOB) which has just informed me they will be awarding Brandhill Africa™ a Business Excellence Award on 11 November  at their “BIZZ AWARDS 2022”.

It has been a long professional journey – berserk with all manner of challenges for me. But through the support of family, colleagues and comrades enhanced with the blessings from God, I have made it to this far. My brand management experience includes introducing the South African government to positioning it as a brand when as a Chief Director: Marketing Communications then, was part of the team that established a fully-fledged Marketing Division at the Department of Trade and Industry and developed the dti brand – the first in the public sector in this country. To entrench the dti brand equity, I conceived a multiple award-nominated multimedia campaign to spur entrepreneurship among our people. I dubbed it “Uzoy’ ithola kanjani?” based on Mandoza’s popular song and those of other musicians such as Sankomota (“o phuthile matsogo, o shebile banna ga ba sebetsa”, meaning you’re folding your arms looking at men working; Madonna’s “sisters are making it”; and 50 Cents’ “make money or die trying”. From brand positioning a government department, in 2005 I moved into direct place branding by positioning Limpopo as “the heartland of southern Africa” – this brand mantra is still being used today.

As a Chief Director: Public Diplomacy at the Department of International Relations and Cooperation (DIRCO) I introduced the concept of nation brand in its public diplomacy matrix – quite a hurdle as it has happened in all government departments to convince them marketing was the foundational base and all others such as communications and public relations were its sub-functions. Serving as the country’s spokesperson on foreign policy engagements, I was part of the ministerial delegation when the United Nations (UN) resolved in its 2010 General Assembly to declare July 18 as the International Nelson Mandela Day – a first in the history of this multilateral body to name a day after an individual.

I was privileged in 2012 to be appointed by the President to serve as South Africa’s Consul-General to Milan, where we pursued South Africa’s economic diplomacy in northern Italy – the economic hub of the country. Using the Nelson Mandela iconoclasm as a critical element of our foreign policy, we developed monuments such as a statue, a mural, plaques in public areas, and renaming of a school and a stadium all in Mandela’s honour – these serve as tourist attractions even today.

During my short stint as a Group Executive: Trade, Investment and Regulatory Enablement at the Gauteng Growth and Development (GGDA), which was tempered by my sudden ill-health, I continued to advance an argument that trade and investment promotion was primarily a marketing competence. I have explored this argument extensively in my new book.

Before my 20-year public sector sojourn, I worked for six years – four of which as its Publishing Director in South Africa – for Heinemann Publishers, a British multinational publishing conglomerate renowned for the African Writers Series (AWS). I then spearheaded the ground-breaking African-language equivalent of the AWS, Mamela Afrika Series (MAS). Inspired by the British campaign to develop “new audiences” to revitalise the arts on my visit to there in 1996, I – with marketing manager Frank Horley – pursued a partnership with PRASA to launch a marketing campaign promoting a culture of reading among train commuters by giving them complimentary  books from the MAS. This saw PRASA buying 20 000 copies.

After Heinemann Publishers I had a stint at Telkom as a Senior Manager: Corporate Communication during the time this public utility was preparing for a simultaneous listing on the JSE and NYSE.

Yes, it has been a long arduous journey as I mentioned earlier from when my professional career began in the late 1980s as a journalist for an anti-apartheid publishing house, Learn and Teach Publications. We also produced publications for the progressive labour movement targeted at readers with low levels of English literacy. I rose up the ladder to become its last Editor-in-Chief until democracy dawned in 1994, forcing alternative publications to close down – sadly creating a gap that remains to this day.

I am a former Executive Member of the Polokwane Chamber of Commerce, and now I serve in the Boards of Directors of the Lagos-headquartered Pan Africana Strategic and Policy Research Group; India-based Global Council for the Promotion of International Trade; and as a social entrepreneur, I’m also the Trustee of the Dr Molefi Sefularo Foundation. As a cultural worker, I also serve in the National Steering Committee of the National Writers Association of South Africa (NWASA) heading the Cultural Diplomacy and Strategic Alliances portfolio.

As a former student leader at the then University of the North and a ANC underground operative from the mid-1980s, I have spent thirteen months in detention under the draconian State of Emergency from 1987 to 1988.

Before closing, let me extend an invitation to you to join us tomorrow at the 10th International African Writers’ Day Lecture and SA Literary Awards 2022 at the Freedom Park in Pretoria where Gcina Mhlophe will give the keynote address and I and Jane Mufamadi will be the respondents. Please read the full article in this edition. To listen to my 20 minute 702 radio interview previewing the event with Morakabe Seakhoa, Managing Director of WriteAssociates, the organisers of the event, please click here

Back to my opening salvo, Alistair Cooke – a British-American writer, television personality and radio broadcaster – amplified Peggy Noonan by saying: “I prefer radio to TV because the pictures are better.”

Please do enjoy your weekend.