Rams Mabote: “The leaves of a tall green tree are shaken off” with the passing on of Thabo Masebe 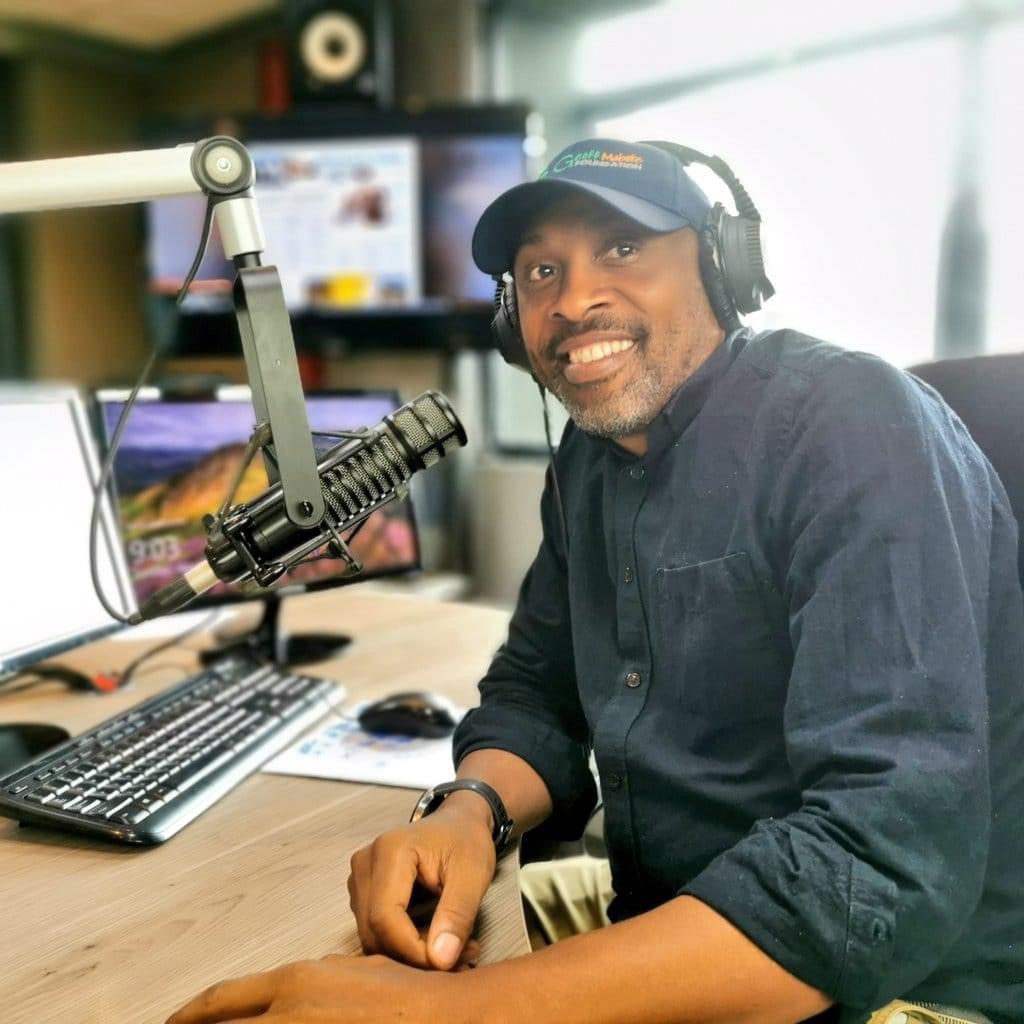 Premier David Makhura, Members of the Executive Committee of the Gauteng Provincial Government, the Masebe family, Distinguished guests, ladies and gentlemen, I HAVE ALWAYS WANTED TO USE THESE WORDS: all protocol observed.

If we agree with the words of Bejoy Peter, then we have to agree that as we stand here today, our world is not a better place because one humble person is no longer with us. Thabo Masebe is no more. The leaves of a tall green tree are shaken off. A once saturated river has run dry. The blue sea has been corrupted. Gold has lost its lustre. Our world is not a better place because among us, a truly humble man in no more.

Thabo was not a conventional human being. For what conventional man shuns the obvious and often controversial privileges that come with political office? Thabo’s role in our political struggle would have earned him political office easily. He chose public service. What conventional person would resist the temptation that came with his power to interfere in tenders, procurement and appointments? In the positions that he has occupied in government in the past two decades, Thabo would have been that civil servant that used their power for personal gain, nepotism and favouritism. He did not. What conventional person, who had ascended to work in the office of the president of the republic, would still be happy to go by his first name, visit newsrooms, treat the much-aligned journalists with respect and a sense of equality? For Thabo, his office did not matter. His job did.

I was privileged to know Thabo in four unique ways. First in the 1990s when he was leader of the once glorious ANC Youth League and I was a practising journalist. I did not deal much with him until I joined The Star newspaper as political reporter. Thabo was to be a very important source and ally. But he was also to be an honest broker whenever he had to answer on behalf of the ANCYL. Because he was a humble man, as Bejoy Peter muses, Thabo did not insist on rights that came with friendship or the legitimacy of the liberation movement. He treated my enquiries with the professionalism required and the humility desired. And even if I wrote an acerbic story about his party, as sure I often did as per duty, he never withdrew my privileges of friendship, brotherhood and professional equal.

Later in life, but for a brief period, we met in the corridors of power. He spokesperson of former president Kgalema Motlanthe and me as an advisor to a cabinet minister. By virtue of office, and by rank, and no doubt by experience Thabo was my senior in public service, but no one could tell. His humility, as Bejoy Peter reminds us, was his greatness. We spent endless hours together in the corridors of parliament – while it was still standing – on aeroplanes and at airports and in committee rooms. And in all instances, Thabo listened more than he spoke, smiled more than he frowned, spoke softly and never screamed. He earned respect and never expected deference. Senior and junior colleagues present and absent here, past and present, can and will bear testimony to this. But this does and should not mean that Thabo suffered fools easily. Far from it. Die boy na gabotse. He knew his story and he would sell it even to the stingiest buyer. He spoke policy with ease the same way he cruised when he explained the national democratic revolution of his beloved ANC. Not only did he know government business, he could also explain it to any two-year-old, which sometimes us as journalist could behave as. But Thabo, in all his humility, meticulously and patiently, would explain until even the thickest skull broke. I remember how he almost sold me the principle of users paying for the e-tolls. But before I incriminate myself against government or activists who frowned against paying, I will not tell you how our conversations went.

And then of course Thabo and I were ardent and dare I say addicted golfers. We loved this game that was made on the eighth day after god had rested and realised that the world needed just one more thing for sanity. We played lots of golf when we could, mostly whenever his schedule allowed. Because however much he loved the game, he never put it ahead of work. You had to marvel at Thabo’s knowledge of the game: statistics, players, officials, tournaments, equipment and secrets. He was highly connected in the golfing world. He knew the big players, the managers, the sponsors and actually the owners of this game. You do not have to believe me. Just ask for his picture archives and you will see him with champions of the PGA, European and Sunshine Tours. You will see him with top administrators. You will see him at top and exclusive golf courses. And occasionally you will see him with ordinary mortals like me. But you had to know it to know it. And Thabo had to know you well to show just how connected he was. Because, as Bejoy Peter quips, humility is a sign of true greatness.

But this story would not be complete if I did not share the story of Thabo, me and the liquid fruit of the vine. We both loved wine. We both consumed a lot of it. We both spoke a lot about it. We drank it in airport lounges as we did at the end of a round of golf. We drank it watching golf as we did discussing football. We gifted each other good bottles. Sometimes we put a bottle or a case down for a wager. Many people in this room, those who are watching online and many who are not with us for whatever reason have a Thabo Masebe wine story to tell. You did not know him if you did not know his love for wine. You did not invite him and not serve good wine. But because he was wise, oftentimes, he brought his own. Whether it was at a media networking session, the 19th hole at golf, a hook up to watch a football match, he had a spare bottle somewhere just in case he found himself compromised. But he did not flaunt his knowledge of wine as a sign of superiority. To him it was always an opportunity to share with the like-minded or the curious. He wouldn’t make you feel inferior for mistaking your chenin blanc for blanc de noir. And he would not even meet your ignorance with a blank. He was only ever so keen to educate and share his knowledge with all the humility he could master.

But, enough about this serious stuff. Let us face it, there was a lighter side to this brother. I will share my two funniest stories with him. We were in Washington DC, him accompanying president Motlanthe and me with the minister I served. After all formalities, then South Africa’s ambassador to the US Ebrahim Rasool hosted president Motlanthe, the accompanying ministers and some of us at his home for dinner. The food was good. The music ok. The company splendid. But the wine, according to Thabo and me, was below par. Thabo was so unimpressed. In fact he was livid. “How could you host the president and serve this?” he lamented to me quietly. I am not going to mention the wine Ambassador Rasool served in case the owners are listening. But I can tell you that it was not what Thabo expected 16 000 km from home, after hours and days of toil and stomaching Americans. He just felt that Ambassador Rasool, a Muslim who would by extension be a teetotaller, was failed by his staff who could and should have advised him better. For the next decade, Thabo never stopped talking about this matter. Even his well-known humility was tested to the limits this time.

And then we were invited to the exclusive Blair Atholl Country Estate for a networking session over golf. At the end of the round Thabo perused the wine list and recommended the liquid asset we should have. I trusted him. But when the wine was delivered, he was unimpressed with the stem of the glasses we were offered. In his quintessential calmness, he gave the waitress a lecture about what a proper wine glass should look like and insisted that we should be served in the right glasses. When the poor young girl protested that those were the only glass on offer, Thabo retorted – not with a scream or derision – “never, this is Blair Atholl we are talking about here. There is no way your members drink from these things”. At which point we were given the right glasses. Humility had won again.

Far from making him a saint, it has to be mentioned that Thabo had his weaknesses. In the stakes of golf swings, his was definitely high up there with the worst. And this is no exaggeration. You had to see it to know what I am talking about. It was a mixture of a breakdance, half a kneeling, a bit of wood chopping and a Zulu dance. But like most hackers, he had come to perfect this abomination. He always got the ball. The distance may not have been something to write home about and the scores not always breath-taking, but he played. I always felt that Thabo needed a strong Thai massage after a round of golf. It always felt like he used every part of his body just to strike the ball 180m forward. He was not bothered. He got what he wanted.

Thabo also had two weaknesses known to me. He supported Manchester United and Kaizer Chiefs. It does not always come this bad. But he was human after all. He needed to have something to take to heaven with for which he could earn forgiveness. You can be sure his suffering right here on earth at the hands of these two clubs may very well be the only ticket St Peter had to give him a ticket to the top floor of the city called heaven.

That notwithstanding just know this: Thabo was soft but not weak, approachable but not pliable, humble but nobody’s fool. It has been an honour to know and love Thabo. Most importantly, it has been a privilege to be known and loved by him. If you knew him, in any form or manner, I hope you drink from his cup of humility. I cannot think of a better way to honour him. Whether you are a politician in power, a journalist with the power of the pen, the microphone or the studio, a civil servant with the power of office or just a police officer with the power of law enforcement, if you knew Thabo, if you can and if you will, take a bit of his humility for yourself.

Let me conclude my speech the same way Bejoy Peter concluded his seminal one a decade ago: “Let us all try to make this world a better place for you and for me and the entire universe by clothing ourselves with humility.