RCEP Explained: The World’s biggest trading bloc will soon be in Asia-Pacific 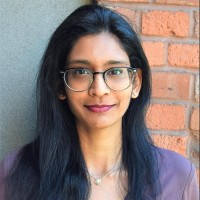 Trade and commerce are the lifeblood of the global economy. Naturally, agreements among nations in a certain geographical area help facilitate relationships in ways that are ideally beneficial for everyone involved.

In late 2020, the Regional Comprehensive Economic Partnership (RCEP) was signed, officially creating the biggest trade bloc in history. Here, we break down everything you need to know about it, from who’s involved to its implications.

Who’s in the RCEP, and why was it created?

The RCEP is a free trade agreement between 15 nations in the Asia-Pacific region, and has been formalised after 28 rounds of discussion over 8 years.

Member nations who are a part of the RCEP will benefit from lowered or completely eliminated tariffs on imported goods and services within the region in the next 20 years.

Here are the countries which have signed on to be member nations:

But there is still some work to do to bring the trade agreement into full effect.

Signing the agreement, the step taken in late 2020, is simply an initial show of support for the trade agreement, but now it needs to be ratified. That means these nations still have to give their consent to be legally bound to the terms within the RCEP. Once the RCEP is ratified by 3/5 of its signatories—a minimum of 6 ASEAN nations and 3 non-ASEAN nations—it will go ahead within 60 days.

At its current pace, the RCEP is set to come into effect in early 2022 as all member nations have agreed to complete the ratification process within the year.

Interestingly, in the midst of negotiations in 2019, India pulled out of the agreement.

This came after potential concerns about the trade bloc’s impacts on its industrial and agricultural sectors that affect the “lives and livelihoods of all Indians”.

India retains the option to rejoin the RCEP in future.

Biggest trading blocs compared
When we say the Regional Comprehensive Economic Partnership is the biggest trade bloc in history, this statement is not hyperbole.

The RCEP will not only surpass existing Asia-Pacific trade agreements such as the Comprehensive and Progressive Agreement for Trans-Pacific Partnership (CPTPP) in size and scope, but also other key regional partnerships in advanced economies.

This includes the EU and US-Mexico-Canada Agreement (USMCA, formerly known as NAFTA).

With the combined might of its 15 signatories, the RCEP accounts for approximately 30% of global GDP and population. Interestingly, the total population covered within the RCEP is near or over five times that of the other trade blocs.

Another regional agreement not covered here is the African Continental Free Trade Area (AfCFTA), which is now the largest in terms of participating countries (55 in total), but in the other metrics, the RCEP still emerges superior.

Implications of the Regional Comprehensive Economic Partnership
The potential effects of the RCEP are widespread. Among others, the agreement will establish rules for the region around:
– Investment
– Competition
– E-commerce
– Intellectual property
– Telecommunications

However, there are some key exclusions that have raised critics’ eyebrows. These are:
– Labor union provisions
– Environmental protection
– Government subsidies

The RCEP could also help China gain even more ground in its economic race against the US towards becoming a global superpower.

Last, but most importantly, the Brookings estimates that the potential gains from the RCEP are in the high billions: