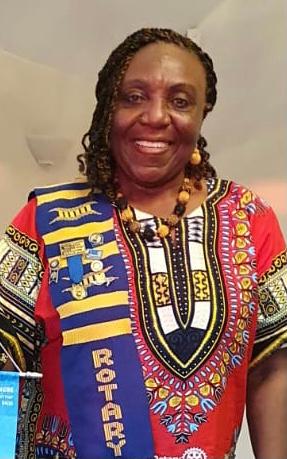 Members of three Rotary clubs in Pretoria (Pretoria West,  Hatfield and Pretoria Capital), in partnership with the South African Vaccination and Immunisation Centre (SAVIC) at Sefako Makgatho Health Sciences University, have embarked on an awareness campaign about polio and a vaccination drive to vaccinate children aged 0-12 years against polio. An estimate of about 200 vaccines will be administered onsite at the Sunnypark Shopping Centre in Sunnyside, Pretoria on 22 October 2022.

Polio is a viral vaccine-preventable disease (VPD) which is highlyinfectious, crippling and potentially fatal with no cure and affects mainly young children. This VPD is transmitted through infectious human spread i.e. faecal-oral route or less likely by contaminated water andfoods. Upon infection, the virus replicates in the intestines, then invades the nervous system and might cause paralysis among 1 in 200 infections with 5% to 10% of paralyses cases resulting in death. The currently available information on Polio is as follows:

The awareness campaign and vaccination drive are in the wake of therecent reports about the wild Poliovirus outbreak in Mozambique and it is in observance of World Polio Day 2022 which takes place, globally, on 24 October.

This campaign focuses on three action areas where communities: (1) get informed about polio and help make it a subject of conversation, (2) help by spreading the word about Polio eradication and (3) donate to help obtain the support, transport and materials needed in the fight against Polio.

“The partnership between the Rotary Clubs in Pretoria and SAVIC allows for the administering of polio vaccines to eliminate the risk of infections where we know that polio mainly affects children under the age of 5 years and that there is no cure, but polio is preventable with a vaccine. Although only two countries remain endemic for wild Poliovirus (Afghanistan and Pakistan) there is now a resurgence in Mozambique,” says Dr Stella Anyangwe, the ENDPolioNow Coordinator for Eastern and Southern Africa for 2022 – 2025, at Rotary International.

Rotary and its partners have reduced cases by 99.9% since 1988 and continue efforts to remain polio-free in most parts of Africa, including South Africa, through similar campaigns across the world.

Dr Stella Anyangwe states that such campaigns are important to raise awareness and to vaccinate until polio is ended forever by vaccinating every child. All children, everywhere, are at risk. To rid the world of polio, it is everyone’s responsibility to ensure that infections are prevented by immunizing every child and stopping its transmission.

Since Rotary and its partners launched the Global Polio Eradication Initiative in 1988, the incidence rate reduced from an estimated 350 000 to 29 cases as of 2022 i.e. 99.99% reduction. Rotary has contributed over R 343 956 billion towards ensuring Polio eradication.

Dr Anyangwe further says: “Rotary International and partners arecommitted to continuing the eradication of polio campaign until the WHO declares Polio eradicated i.e. interruption of the Polio virus transmission for a minimum of three consecutive years. This however requires a continuous supply of the Polio vaccine, surveillance, testing and immunisation.”

Dr Stella Anyangwe MD, MPH, PhD is a Cameroonian and permanentresident of South Africa.  She’s a Medical Doctor, Epidemiologist and Global Health Expert. She retired from the World Health Organization in 2013,  after a  17-year long tenure, 13 of which she served as WHO Country Representative in 4 African Countries, South Africa being her last duty station as WR. She also was Honorary Professor of Epidemiology at the University of Pretoria Faculty of Medicine for three years, post-retirement from WHO. Dr Anyangwe is the past District Governor (2021 – 2022) of Rotary District 9400 (South Africa, Botswana, Eswatini and Mozambique). Her current role since the 1st of July 2022 is End Polio Now Coordinator for 15 countries in Eastern and Southern Africa for 2022 – 2025, at the Rotary Foundation.

Dr Anyangwe has been a Rotarian since 1995, and she’s a Paul Harris Fellow (3 Rubies), a Major Donor and a Life Member of RFHA (Rotarians for Family Health and AIDS), a Rotary Action Group.