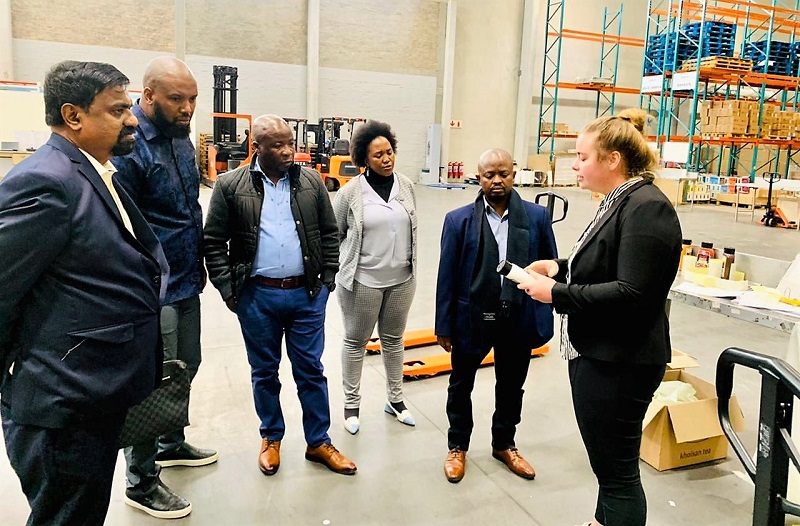 Black beef commercial farmers supported by the Department of Trade, Industry and Competition (the dtic) and KwaZulu-Natal’s Department of Agriculture and Rural Development are in the process of establishing a commercial abattoir that will enable them to export beef to the Middle East. Just Beef farmers met in Cape Town with government representatives from the dtic, KwaZulu-Natal and Lulu Group International to map out a way forward and speed up the process.

The meeting emanated from last year’s KwaZulu-Natal stakeholder engagement led by the Deputy Minister of Trade, Industry and Competition, Ms Nomalungelo Gina, where farmers were given an opportunity to engage with Lulu Group International representatives to discuss export opportunities in the Middle East for beef and lamb farmers.

According to the the Director of Export Development, Promotion and Outward Investments at the dtic, Mr Thulani Mpetsheni, the aim of the meeting was to reiterate government’s commitment to assist black farmers that are yet to commercialise with the necessary tools to become export ready.

“Through the dtic National Exporter Development Programme, export promotion and incentives, there is a concerted effort to target previously disadvantaged groups to access export markets while still taking into account the needs of larger potential and established exporters,” said Mpetsheni.

He added that the meeting agreed on the formation of an export network and working team to ensure approval of the abattior, as each Middle East country needs its own certification. He said it would be better to start with the United Arab Emirates and follow with the rest of the Gulf Cooperation Council countries.

“The ccmpany profile and business plan of Just Beef will be needed for ease of communicating their needs and capabilities especially across the borders. In addition, their readiness to participate in exhibitions such as the national pavilions organised by the dtic will be necessary to be able to start promoting the company and the products in various markets,” he said.

LuLu Group International is an Indian multinational conglomerate company that operates a chain of hypermarkets and retail companies, headquartered in Abu Dhabi, United Arab Emirates. The company has more than 220 retail stores in the Middle East, India and Malaysia.

Lulu Group’s Senior Buyer, Ms Karla Birkholtz speaking to officials from the Department of Trade, Industry and Competion (the dtic) and Just Beef after the meeting at the Lulu Group International distribution centre in Cape Town.