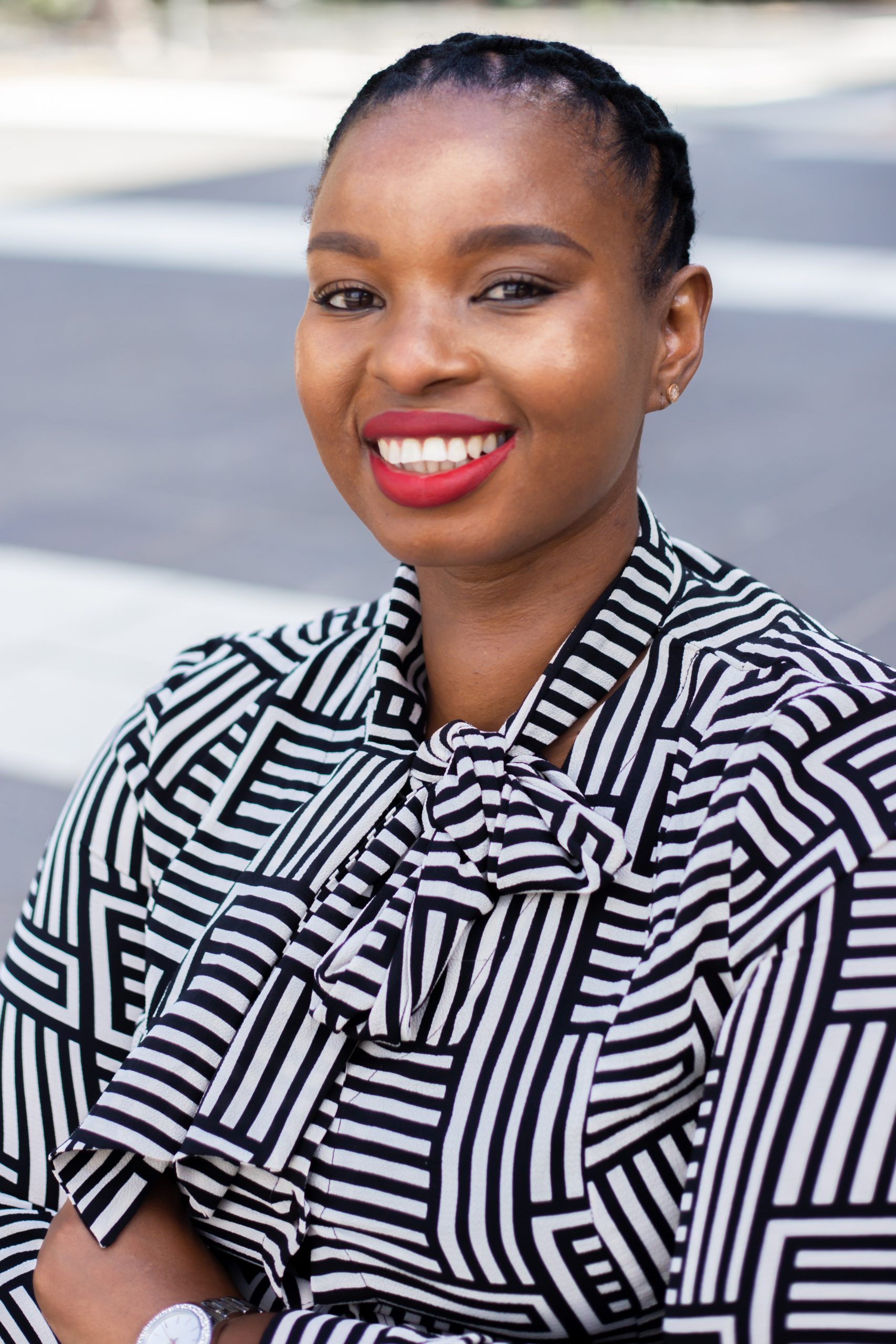 Few people have a career as illustrious and decorated as that of Senamile Masango. This epitome of youth achievement is a Nuclear Physicist, the first African woman to be part of the African-led experiment at the European Organization for Nuclear Research (CERN) which is one of the world’s largest and most respected centres for scientific research. She’s the Founder and Chairperson of Women in Science and Engineering in Africa, a Non-Executive Director at Nuclear Energy Corporation of South Africa (NECSA), Chairperson of the Research and Development Sub-Committee at NECSA. She is one of the youngest Board Member to be appointed at a schedule 2 state-owned enterprise (SOE), Council Member at the University of the Western Cape and Board member at the Moses Kotane Institute.

Driven by her passion in nuclear energy research, she has conducted several experiments locally and abroad. She is also South Africa’s Research Leader at the BRICS youth energy outlook and the Senamile Masango Foundation was the winning team from South Africa at the BRICS Youth Energy Outlook 2020. She was the leader of her research team.

Besides being a firm believer in sharing knowledge and experiences, she also strongly believe in women empowerment. She is a Founder and Chairperson of Women in Science and Engineering in Africa (Wise Africa) and Senamile Masango Foundation – an NGO that allows women to engage one another about social issues that affect them.

Senamile is a princess by birth, from the Zulu Royal household, who could have easily been satisfied with just her royal status, but her ambition, hard work and remarkable contribution to the body of knowledge in nuclear physics has seen her being named a Global Goodwill Ambassador, Award winner and a nominee.

Top three achievements
• Being a Women in Tech Global Awards finalist (2021);
• To participate in an African-led experiment at CERN, she received a congratulation message from President Jacob Zuma and the Parliament of South Africa;
• Being a founder and Chsirperson of Women in Science and Engineering in Africa.

She is privileged to have been called:
• 2022 Woman of stature award winner – Woman in Science;
• Part of the 50 Global Inspirational Women of 2020;
• 2020’s 100 most influential young South Africans;
• Africa’s woman leaders from the World Womem Leadership Congress Awards;
• one of South Africa’s successful Black woman scientists under 35 years of age;
• 2019 Mail and Guardian’s list of 200 young South Africans in Science and Technology;
• Ranked 29 in 2019’s 100 most influential young South Africans;
• A Golden Key Member who also received a new member recognition award from the Golden Key Society, a monetary acknowledgement for new members who excel academically, hold leadership positions, committed to community involvement and participate in extra-curricular activities alongside their scholarly commitments;
• News24’s 100 Young Mandelas of the Future 2010;
• Inspiring Fifty South Africa Nominee.

As an International speaker, she has had the honour of addressing the South African President, His Excellency Cyril Ramaphosa, the late King His Majesty King Goodwill Zulu (her uncle), and the former President Jacob Zuma. She has shared a platform with internationally-renowned figures such as Naomi Campbell; Dr Nkosazana Dhlamini Zuma, former AU Chairperson and current Minister of COGTA; Former President of Ghana, John Mahama; and more.

She has been invited in parliament (South Africa) to be part of the International Women’s Conference 2017 where she made a speech addressing challenges that are faced by women in science, especially women from the disadvantaged background, where her passion is at. She wants to take science to the people.

Another Internatoinal engagement was her invitation to FEMROOT which was hosted by the United Nations 75th General Assembly whose aim was to highlight the importance of having females in STEM from an African perspective. Her video and presentation were featured in the event, showcasing amazing women in STEM from Africa.

Senamile has been invited to participate in talk shows on numerous radio and television stations such as SABC1 news, BBC, ANN7, Daily Thetha, uKhozi FM, Gagasi FM, SAFM, Khaya-FM, First Lady Documentary, Afternoon Expresso, Vuma FM, Cape Talk radio, Nongoma FM, ENCA and many others. She has also been featured in numerous magazines such as Leadership; Move; Destiny; Women in Energy, a corporate magazine of the Department of Energy; Women in Science, a corporate magazine of the Department of Science and Technology; Reinvented from the USA; BRICS Youth Energy Outlook magazine; and more.

Her past portfolios include among others: Executive Member of Project Management South Africa (KZN Region); Executive Member in Faculty of Science and Agriculture at the University of Zululand; Deputy Secretary of Peace Aid International; Chairperson of Young African Women in Leadership; NEC Member at the Progressive Professional Forum (PPF); Chairperson of the United African Youth.

She works hard to inspire and support more South Africans, herself included, becoming doctoral graduates and that’s why her passion for is insatiable. She’s determined to help gear our system to contribute in making bettering education to contribute to the country’s technological advancement and economic growth, changing lives of the youth especially from the disadvantaged backgrounds; bringing science to people and encouraging more black researchers in scarce skills throughout Africa; improving high school pass rate in Maths and Science; being a good role model and a mentor; and making education fashionable in her lifetime.