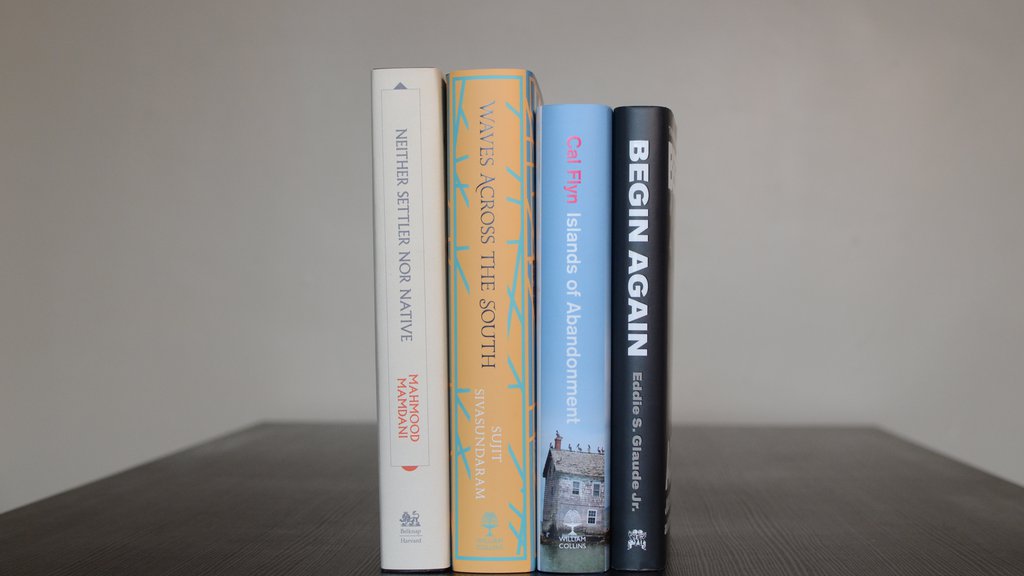 “Through meticulous research and compelling argument each writer shortlisted for this important prize casts new light on a globally significant problem… In different ways, the books all speak directly to the urgent challenges of the times in which we live...” – Patrick Wright FBA, Chair of Jury

The international book prize, worth £25,000, rewards and celebrates the best works of non-fiction that have contributed to public understanding of world cultures.

This year’s shortlist introduces readers to four books on urgent and globally significant topics. The selected titles explore racism in America (approached through the example of the writer James Baldwin), the role of the modern colonial nation-state in the creation of “permanent minorities” around the world, the legacies of revolution and empire when viewed from the “small seas” of the global South, and life in the “blighted post-human” landscapes of a deteriorated planet.

The four books on the 2021 shortlist, alphabetically by author surname, are:

In Islands of Abandonment: Life in the Post-Human Landscape, the award-winning writer Cal Flyn, who lives in the Highlands of Scotland, explores the ecology and psychology of abandoned places. In this important and timely work, she asks what happens to those places where humans no longer live and how far our damage to nature and wildlife can be undone.

With Begin Again: James Baldwin’s America and its Urgent Lessons for Today, Eddie S. Glaude Jr., chair of the Department of African American studies at Princeton University, presents a searing indictment of racial injustice in America, inspired by the life and work of the American essayist, novelist and playwright James Baldwin. A New York Times bestseller in the time of the Black Lives Matter movement.

In Neither Settler nor Native: The Making and Unmaking of Permanent Minorities, the Ugandan academic and author Mahmood Mamdani sets out the powerful and original argument that from the New World to South Africa, to Israel to Germany to Sudan, the nation-state and the colonial state created each other. Mamdani describes the study as “an in-depth inquiry into political modernity, colonial and postcolonial, and an exploration of the roots of violence that has plagued postcolonial society”.

Colonialism is further explored in Waves across the South: A New History of Revolution and Empire by the Sri Lankan-born Cambridge historian Sujit Sivasundaram, by approaching the era from the perspective of indigenous peoples in the Indian and Pacific Oceans. In this maritime history of empire, Sivasundaram tells the story for the first time, from the viewpoint of Aboriginal Australians and Parsis, Mauritians and Malays, showing how people of colour asserted their place and their future as the British Empire expanded.

“Through meticulous research and compelling argument each writer shortlisted for this important prize casts new light on a globally significant problem, raising important questions, and suggesting the lessons that might be learnt for the future. Each of the selected books reaches out to invite the reader to make their own interrogation and thereby to participate in an increase of ‘global understanding’. In different ways, the books all speak directly to the urgent challenges of the times in which we live.”

“The British Academy is honoured to support this unique non-fiction book prize which celebrates exceptional writers who illuminate the interconnections and divisions that shape cultural identity worldwide. This year’s shortlist shows the breadth and depth of the humanities and social sciences and the vital role they can play in deepening our understanding of people, cultures and societies.”

The four 2021 shortlisted writers will be brought together from around the world for a special live online event, in partnership with the London Review Bookshop, on Wednesday 13 October. Tickets for the event, which is free to attend, can be booked online.

The shortlisted writers will also be in conversation with Professor Rana Mitter FBA in a special edition of BBC Radio 3’s Free Thinking in early October and will be available worldwide on the BBC Arts & Ideas podcast.

The winner will be announced on Tuesday 26 October.

The winner in 2020 was Hazel V. Carby for Imperial Intimacies: A Tale of Two Islands.