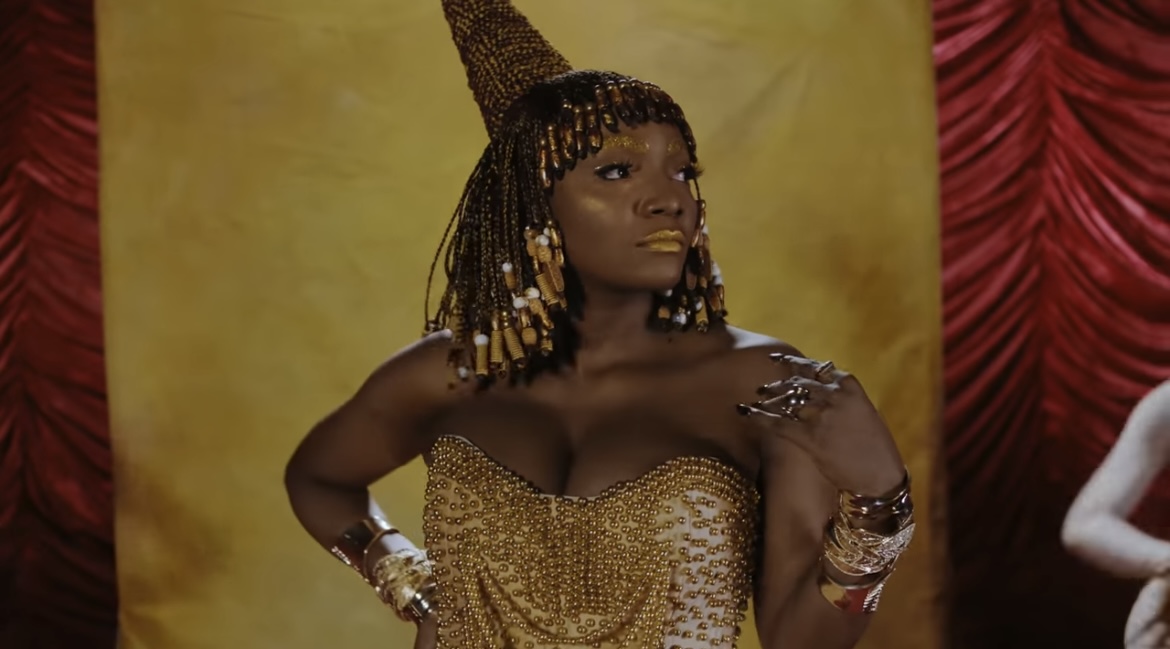 There can no longer be any doubt that Fela Anikulapo-Kuti, the legendary Nigerian musician, activist and father of Afrobeat music, has become an easy career booster for today’s Afrobeats artists who are undergoing creative droughts.

Fela’s invention, Afrobeat, is an ensemble and performance-based category that blends jazz, funk, rock and traditional West African chant and rhythms. It originated in the early 1970s through continued experimentation after a stint with highlife music. Afrobeats, however, is a 21st century creation of beat-heavy electronic pop music from Nigeria with steadily growing global audiences. It’s become an umbrella term describing the music of contemporary West African stars, including the likes of Wizkid, Burna Boy and Tems.

Over the course of a decade (2010-2020), Afrobeats stars managed to appropriate the text, synthesise the sound, conjure the appearance and invoke the name and symbolisms of Fela in their works in various ways, often as a tribute.

Since my last major study on how Afrobeats uses and reframes Fela, several Afrobeats practitioners have laboured – and failed – to tap from him in exciting new ways.

In fact, the post-2020 class has reached for Fela’s source in ways that barely recognise the stature of the late icon. As I have noted elsewhere, Nigerian artists often resort to activism pranks to shore up their creative deficiencies. Indeed, there is a sense that an association with the Fela brand and imagery confers on an artist some sort of critical ethos – one which audiences are beginning to see through.

Read more: The daughters and sons of Fela in African Pop

Two recent examples form the crux of my argument: Woman by Simi (2021) and New Born Fela by Bella Shmurda (2022). It is noteworthy that both singles represent their first attempt at openly drawing from Fela.

While Simi had to invoke the works of Fela, a renowned anti-feminist, to make a feminist point, Shmurda opted to become the new born version of an icon no one expects a reincarnation of. Particularly in the latter case, it was done to the detriment of musical coherence and logic.

Simi is a 34-year-old Nigerian female Afrobeats artist known as “studio brat” because she is quite adept at mixing and mastering music. (Fela’s dexterity with several instruments informed his christening as a “musician’s musician”, whereas the pioneers of Afrobeats have been berated for their inability to play musical instruments. The scenario is, however, different with contemporary Afrobeats, where many artists are producer-musicians with foundations in playing instruments or in music production.)

In her unapologetically feminist single Woman, Simi samples copious (at least five) Afrobeat works from Fela – demonstrating the breadth of how his catalogue could be applied, while taking a swipe at the age-long suppressions that women have faced.

In the process, Simi alters Fela’s texts to suit her immediate purposes even as her lyrics in Woman sharply contrast the message in his song Lady. Fela advances subordination as a virtue of the traditional African woman. Simi, however, has had enough of females submitting to males while also facing intimidation from society.

At the heart of Woman is the contradiction between a feminist ethos and all that Fela represented. Yet this doesn’t deter Simi from pursuing a successful single in a brazen manifestation of robbing Peter to pay Paul. Fela’s essence might have been antithetical to any and everything feminist, but his songs may be applied in conveying such a message – so long as the artist smiles all the way to the bank.

At 25, Bella Shmurda is a newer age Afrobeats practitioner. Since gaining prominence with the single Vision 2020(2019), he has been unable to sustain a coherent musical direction. Indeed, subsequent successful singles like Cash App(2020) and Rush (2021) have done little to present him as an artist with a consistent style or philosophy.

To put it simply, to many Afrobeats audiences, Bella Shmurda is a confused artist whose music has never stood for anything distinguishable. So it wasn’t surprising when he released the single New Born Fela.

In the song, Bella Shmurda is preoccupied with rebranding himself as a sort of modern day incarnation of Fela. It feels like he and his team came up with a title and then proceeded to write lyrics to make it work. The outcome is forced and unconvincing and the single faded away almost at once.

There is almost nothing about New Born Fela that invokes any meaningful thoughts on Fela. It was merely a catchy title invoked by a drowning artist who seemed to care little about how he would be portrayed once audiences figured out how hollow his material was. While the video strives to capture the aesthetics that defined Fela’s Afrobeat Queens, Bella Shmurda himself falls starkly short of replicating Fela.

Unsurprisingly, Bella Shmurda has followed New Born Fela with the single Philo (2022), another far cry from any of his previous works.

While it may be convenient and useful to be inspired by Fela in order to borrow his influence and spirit, these two recent applications suggest a sort of desperation – even an outright opportunism on the part of today’s artists.

One keen Afrobeats listener in Lagos, Nigeria offered what should be food for thought for contemporary Afrobeats artists:

We have seen Fela, we have heard Fela. Now we want to see you.