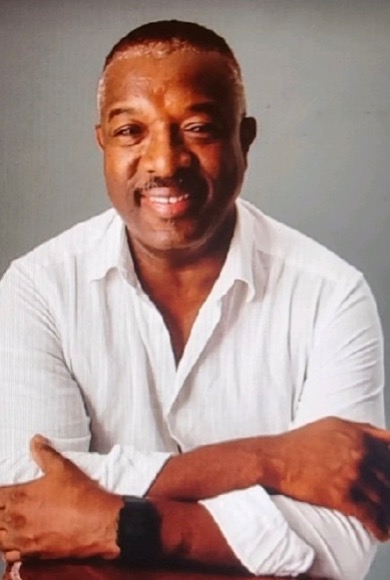 As the leaders of the G7 countries began talks in Bavaria in the shadow of the ongoing war in Ukraine, calls have gone out for them to honour previous commitments on the winding down of the fossil fuel energy economy and the transition to renewables. However, with no end in sight to the conflict and to the embargoes on Russian petrochemical exports, how realistic are those pleas? And how critical is the situation?

G7 climate ministers already reached an agreement in principle, back in May, to end all public investment in fossil fuel projects beyond their borders by the end of 2022, and to achieve predominantly carbon free electricity production by 2035. Yet Italy and Germany, now recently joined by France, are already talking of reviving old domestic coal plants to offset the risk of rationing natural gas previously imported from Russia. Germany is also, reportedly, looking to places as far away as Senegal, in Africa, and other alternative sources, to secure its energy supply sources. In fact, anecdotal reports in the southern African coal mining sector are replete with stories of agents all over the place, looking for coal supplies for clients in Western Europe.

Greenpeace has already warned that moves simply to replace Russian gas and oil with imports from other countries would be a “fatal error”. Meanwhile, speaking to the sixth Austrian world summit meeting in Vienna in mid-June, United Nations secretary-general Antonio Guterres warned that fresh investment in fossil fuels to meet demand formerly met by Russian exports would be “delusional”. Guterres cautioned that the world’s current energy economy is unsustainable, and that reversion to fossil fuels would simply intensify the “scourge of war, pollution and climate catastrophe”.

Anyone who has seen the forests of wind energy turbines in Eastern Austria and elsewhere across the European Union will know of the strides that the EU has already made in clean energy production. Scotland was already producing 90% of its domestic electricity consumption from renewable sources by 2019, using a mix of wind, hydropower, offshore wind, solar PV and biomass, as well as exporting up to 30% of its electricity production. Some optimists thought that the embargo on Russian fossil fuel exports after its invasion of Ukraine would be the final push to get Europe over the hump to full green energy transition. They have clearly underestimated the extent to which much of Western Europe had trustingly relied on peaceful relations with Russia being underpinned only by sound trade relations and mutual economic dependency.

Already, Europe has sweltered through an early heatwave this June that the entire continent has explicitly linked with climate change, yet European leaders appear more motivated by short-term political calculations as public anger mounts over rising energy prices, mounting inflation, and potential energy rationing. Consideration for climate change and the need to continue reducing the emission of toxic gases into the atmosphere seem to have been pushed to the back bench. Former US president Donald Trump must be giggling in his political tomb.
The reality, however, is that even if coal production resumes, it is unlikely to make up much of the difference in Europe’s energy mix since sanctions on Russian fossil fuels began.

Concurrent with the start of the G7 meeting, France’s energy transition ministry said that it was keeping open the option of reopening the recently closed coal-fired power station at Saint-Avold, in eastern France – one of only two coal-fired stations left in the country – if the situation in winter 2022 requires it. Yet coal power amounts for only 0.3% of France’s energy production as of 2020 while nuclear power, seen by some as almost as controversial as fossil fuels, accounts for some 67%. Reopening Saint-Avold would still leave coal’s contribution at less than 1%.

Meanwhile, France’s three top energy suppliers, as of end June, have already begun to urge households and businesses to cut back on energy usage in preparation for the winter.

Concerns over stranded assets are one other consideration that could forestall any reversion to fossil fuels. The issue is that billions ploughed into fossil fuel energy facilities today could be left worthless tomorrow as regulators increase pressure on petrochemicals and politicians to revert to their pre-conflict commitments. Estimates of the potential amount lost have been very scary indeed, and the difficulty with these is that the risk of assets being stranded is literally incalculable. One just needs to have a look at how the outbreak of the war in Ukraine came out of almost nowhere to upset people’s calculations.

In 2021, the influential International Energy Agency concluded that there should be no new oil, gas or coal development if the world was to reach Net Zero fossil fuel emissions by 2050. It is more than likely that Western leaders will return to their climate commitments as soon as the Russia-Ukraine situation eases. When that happens, it is likely that companies and investors may just decide that the risk is not worth it, especially as there might be renewed pressure from the vast, global, environmental lobby groups for pre-war commitments to be resorted to as soon as possible.

Also, Europe may simply find that reversion to fossil fuels does not deliver the political dividends that leaders may be looking for.

Energy is only one component of the broader mix of forces that are driving current inflationary tendencies, including food export challenges emanating from the embargoes on Russian agriculture and the hangover of the Covid-19 pandemic in the world’s supply chain network. Europe’s wheat production, hit by the early heatwave, is likely to be down this year, further stoking food price inflation. If European leaders expect to buy themselves a breathing space by backsliding on pre-war climate change commitments, they might find it much shorter than they imagine.

If the Russian invasion of and war in Ukraine lasts a lot longer than predicted and the stalemate between Russia and the West continues – as it is likely to do so into the foreseeable future, with more ‘neutral’ countries, indicating their intention to formally join NATO – it can be expected that the climate change agenda will be forced to give way to political expediency as Western leaders find themselves having to choose between soothing the anger of citizens frustrated by rising costs of living and environmentalists groups insisting on no further damage being done to worsen conditions for climate change.

As all of this rolls out, countries in Africa cannot afford to remain spectators and meek followers. No doubt, some will see this as an opportunity to justify their continued reliance on fossil fuels, which countries like South Africa have in abundance, but they too must actively determine a leading, constructive role that Africa can play in mitigating the effects of climate change while investing in sustainable alternative sources of energy for the future.

Do they have what it takes to pull it off?