“Talking About Trees”: A gentle, meditative study, a labour of love and poetic portrayal of male friendship which also laments the loss of cinema in Sudan 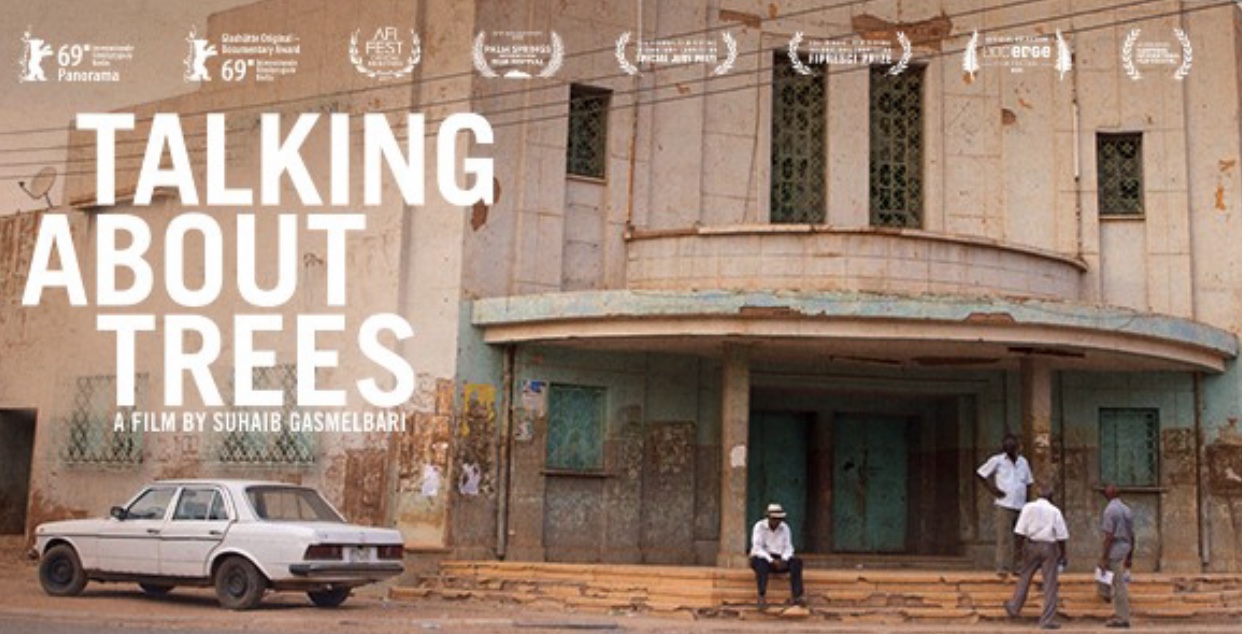 Ibrahim, Manar, Suleiman and Altayeb are the members of the Sudanese Film Club founded in 1989. Unable to make films for years, they have decided to revive an old cinema. They are united not only by their love of cinema and their passionate desire to restore old films and draw attention to Sudanese film history once more, but also by the fact that they all enjoyed a film education outside Sudan.

Their plans to renovate the outdoor cinema in the suburbs of Khartoum come up against bureaucracy, lack of cash and a general fear of upsetting “he who cannot be named.” (The film was made before the recent overthrow of Omar al-Bashir). In the meantime, they sit together and talk about the past and the history of Sudanese cinema, including their experiences of persecution and even torture as oppositional artists. They recall their times of exile and dream of a Sudan in which art and intellectual thought can be free. Even if their plans may be unfulfilled, the strong solidarity and humour of the four no-longer-young men, and their new recruit, Hana, do give hope for the future.

Talking About Trees is a gentle, meditative study, a labour of love and poetic portrayal of male friendship, lamenting the loss of cinema in Sudan. Watching the four amigos – Ibrahim, Manar, Suleiman and Altayeb – took me back to my days and nights spent organising community screenings, the all-night viewings at the National Film Theatre in London, the film festivals I travelled to and organised in Africa, Asia and Latin America, consuming films like it was food for the soul. It is with thanks to the National Film Institutes in India, Ghana, Mozambique, Burkina Faso and Cuba, and their commitment to preserving cinema, that I was able to watch these important cultural landmarks. Watch this film and support these incredible lovers of cinema in Sudan.

Written and directed by Suhaib Gasmelbari, and produced by Marie Balducchi, there is a story in the end credits of how funding for the film has been stitched together like patchwork from around Europe and Middle East. Here is the list of the funders for the movie:

Amazing how films get made!

Watch the film trailer here (https://youtu.be/hIvUF0Wdjf4), and stream it on Amazon (https://www.amazon.com/Talking-About-Trees-Suhaib-Gasmelbari/dp/B0852P41J9),