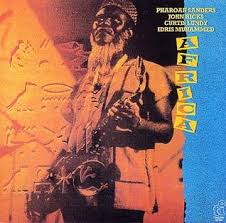 Talking about the art of timing – 24 September marks the celebration of Heritage Day in South Africa. The day coincided with a sorrowful announcement that African-American spiritual jazz maestro, Pharoah Sanders, has died in Los Angeles. He was 81. His record label, Luaka Bop, broke the heart-wrenching news on tweeter and a legion of his grief-stricken enthusiasts were left mournful.

The sorrowful tweet read: “We are devastated to share that Pharoah Sanders passed away. He died peacefully surrounded by loving family and friends in Los Angels earlier this morning. Always and forever the most beautiful being, may he rest in peace.”

Sanders’ career blossomed when he played alongside another jazz giant, John Coltrane, in the 1960s. He released almost 21 albums and among the saxophonist’s exceptional works was his masterpiece, “The Creator Has a Master Plan”,  from the album, “Karma”, which was released in 1969.

In 1965, Sanders joined Coltrane’s band. When Coltrane died, he continued playing with his wife, Alice Coltrane, who passed away 2007. Undoubtedly, these three legendary spiritual jazz musicians bequeathed humanity a glorious sound of resistance against oppression, discrimination and exploitation. The quintessential spiritual jazz artist, Sanders held tenaciously to the genre, in part, to reassert renaissance of cultures which were trampled upon by a racist dominant Westocratic culture.

The crescendo of mourning Sanders’ death should provide the downtrodden of all hues with an opportunity to use the arts as a potent weapon against all forms of discrimination and domination of one culture over others in the world. Diversity and unhindered self-termination by all constitute a spinal cord of vibrant diversified and yet united and interconnected communities across the world.

The angel of death has struck as South Africa has been gripped by euphoria to embrace September as its Heritage Month. However, it should also be acknowledged that certain segments of our collective heritage have been deliberately obscured or pushed into oblivion. In the creative arts industry, some who contributed handsomely to bestow identity to the country in the community of nations through music lack deserved recognition and reverence.

Without getting into a popularity contest and with a caveat that, it will not be possible to mention all of them, it will be unfair not to highlight the likes of Johnny Dyani, Dudu Pukwana, Mongezi Feza, Chris Mecgregor and Pinise Saul. These musicians and many others are a constellation of stars who fought through music to discredit and eventually dismantle apartheid system. Kudos to them! However, scant, if any, broadcast of their music on the South African airwaves is done. One will be fair to aver that they have been literally abandoned by the media and by implication the nation while they should be treasured heritage. Needless to say no monument was erected in their veneration.

Sanders’ death should resurrect denouncement of “art for art’s sake!” Artists holds a great potential to prickle the collective conscience, soul and spirit of the people to remain alive to maladies that plague the nation. The cacophony of bustling to address national ills is at best blunt and at worse sterile.

Africans in general and South Africans in particular should reflect on the principle that it is not part of the “Creator’s Master Plan” that horrendous opulence sits comfortably side-by-side with grinding poverty. And that it is imprudent not to harbour hope that social cohesion and nationhood could be built on a foundation of inferiority and superiority complexes. On the other hand, the legitimately impatient army of unemployed youth are not part of the “Creator’s Master Plan.” Instead, they are a direct result of inadequate implementation of at times imperfect policy choices.

As we bid Pharoah Sanders farewell, let us resuscitate the spirit of one nation among the human race irrespective hues, creed, and geographical location. And by so doing, love, peace and happiness will reign supreme!