The ‘Don King’ of the SA wine industry 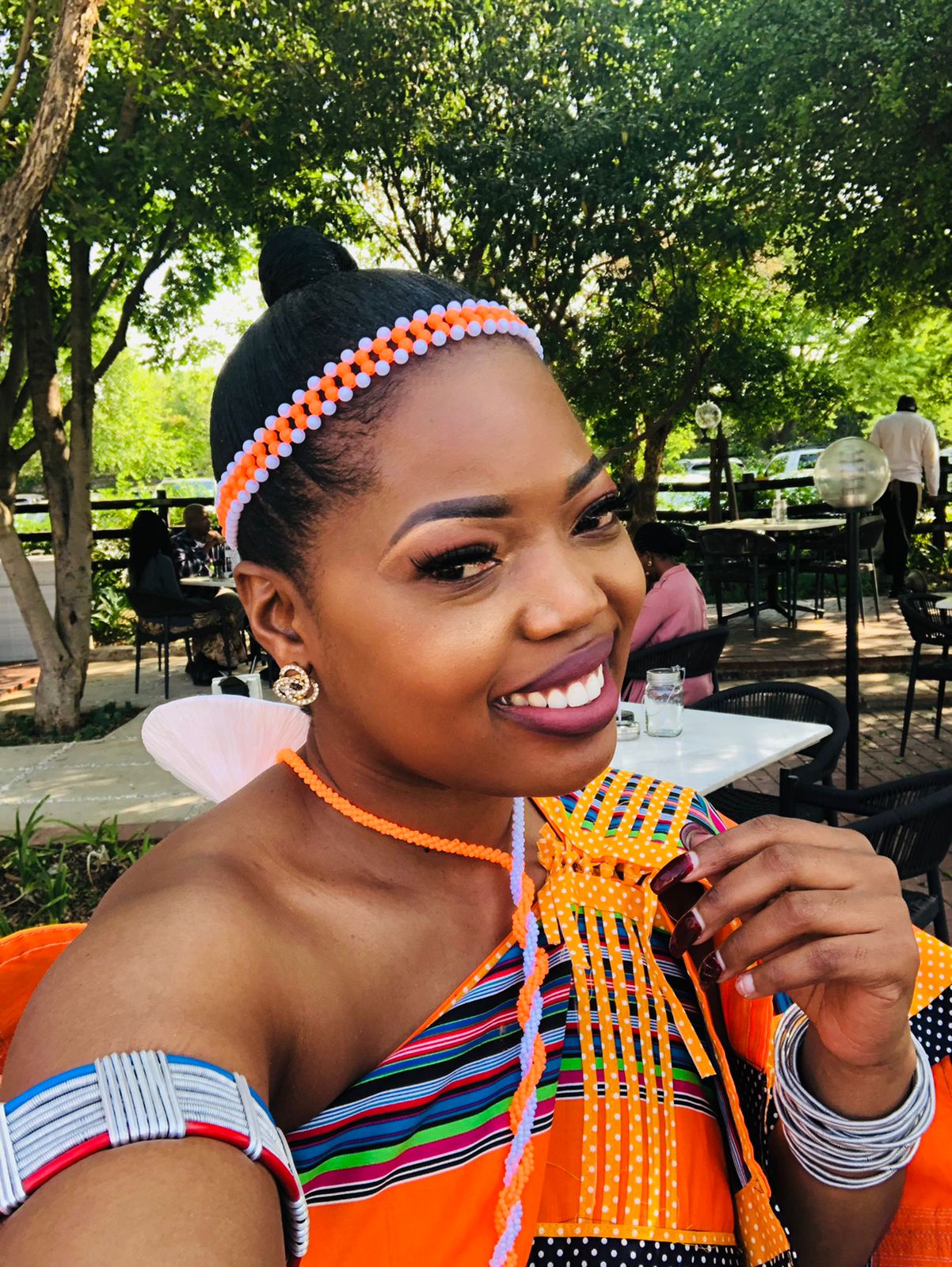 The greatest ever boxing match to be hosted in the history of the sport was held in 1974 between George Foreman and Muhammad Ali – two legendary boxers of all time.

The match was hosted in the Democratic Republic of Congo (then Zaire) in 1974.

Because it was held in Africa, the organisers gave a positive spin to the analogy of ”the jungle of Africa” – appreciating its pristine natural environment which hasn’t suffered deforestation – that countries have lost to industrialization. They therefore dubbed this greatest fight “Rumble in the Jungle”.

Out of all the nine provinces of South Africa, Limpopo is still the most endowed with serene environment – and that’s between 2003 and 2005 it was dubbed “Africa’s garden of Eden”.

In the far north western part of the province, is Mapungubwe – the confluence of South Africa, Zimbabwe and Botswana. This ancient kingdom gave birth to Thulamela (in the heart of the Kruger National Park) and the Great Zimbabwe in Masvingo, southern part of the country.

Mapungubwe was the capital of southern Africa – from far western shores of Namibia, Cape regions in the south, to Mozambique in the east.

Indeed, the provincial brand positioning sums it all: It is ”the heartland of southern Africa…”

Yes, it is the most rural province of the country out of the nine. But this isn’t a drawback but a blessing as the world battles with climate change challenges arising from industrial wastes and pollution.

There are many legends that have emerged in the province’s orature: Modimolle mountain; the Baobab tree which is touted as the oldest and biggest in Africa; the legend of lake Fundudzi; Mapungubwe; its offshoot, Thulamela – the other being the Great Zimbabwe and Domboshaba, the offshoot of the latter. Legendary kings like Ramabulana and Sekhukhune. The list goes on.

There’s a young lady who is as fired as Don King. She reels with passion which is reflected in her sassy eyes, her soulful voice as it oozes out of her luscious lips, her well-kept fingers reminiscent of those heart caressing magical fingers of a masseuse in a five-star spa, all constituting a compelling package through which one in a lifetime business case is delivered to those mind dazzled potential investors or customers enticing them to buy into the concept. This is none other than Phumla Randela. She’s not in boxing. But like King, she’s black. Young. Unlike King, she’s a woman. Like him, she’s a disruptor. She’s determined to challenge the status quo in an industry which is historically a preserve for a particular race, age, geographic and gender demographic.

Why this analogy? Phumla decided to go into the wine industry. She developed an unparalleled passion for the sector. She fell in love with it. She studied it. Did her market research. Resolved she could make a mark. She crystallised her vision into a compelling case study. But like all black entrepreneurs in the country, she had no access to capital. But this wasn’t going to deter her from pursuing her dream. She reached out to targeted stakeholders. Sold them her vision. She became resilient. Consistent. Relentless. Unstoppable. All she pleaded for was an opportunity to make her case. Her infectious passion and insatiable desire to succeed became apparent to everyone who had ears to hear, eyes to see and an aorta of thinking to comprehend what she was sharing. Those who believe our youth are a lost cause, haven’t met Phumla. She’s focused. She dreams big. Her determination is unparalled. She’s strategic. Visionary.

She made a presentation to a wine distillery. She outlined her specifications. She wasn’t a vintner. Remember how African music classics were composed? It wasn’t scored. But the composer could clearly describe the kind of sound they needed. Remember the legendary Marks Mankwane. The indomitable Mahlathini. Sharpetown Swingsters. African Jazz Pioneers. Though Matshikiza scored “King kong”, his band couldn’t read music. So Phumla knew what taste could appeal to consumers with a refined tongue. She represented that consumer. She was that consumer. She knew what taste could command a tongue endowed with an abundance of civil taste buds into celebrating each sip as some special sort of tonal experience climaxing into an orchestra of harmonious melodies emanating from the divine flavours that serenaded all your senses. Salivating already? Wait until you meet her in person. Beautiful. Sassy. Toothpaste smile. Melodious soul-soothing voice. But since we can’t all meet her physically, experience her exuberant persona fully encapsulated in her wine brand product. The brand architect, Martin Roll – as I have quoted him in my new book, “De/constructing brand Africa: A Practitioner’s Perspective”, mused that iconic brands could be defined by a single word such as “freedom” (for Harley Davidson); “power” (BMW); “design” (Apple); “elegance” (Dior); “imagination” (Lego); “beauty” (Estee Lauder); and “safety” (Volvo). So what is that magical word that defines her wine brand: “passion”. Panlo Neruda, the Chilean principal of letters, poeticised: “As if you were on fire from within./ The moon lives in the lining of your skin…”

This passion saw the winery producing her wine brand after her passionate presentation to them. Her passion made them believe in her dream. Her passion convinced them that there was no way she could fail them because the construct of “failure” wasn’t in her vocabulary. Indeed, she sold out her first order and within 20 days she placed a much bigger order. Her story, is the story of her wine brand. You take a sip and it transports you into the celestial world in which poetry reigns supreme. Like her story, it gives you a new perspective to the entirety of life: it refines your thinking while discarding any signs of verbosity; it sharpens your sense of focus while it bares all options and perspectives at your disposal; it gives you hope for a better tomorrow as it consumes your anxieties; it re-energizes you while calming your senses; in short, in makes you whole.

There are few iconic brands that are based on personalities. Think of Steve Jobs and Apple. Think of Richard Bronson and the Virgin group. Yes, we now have Phumla Randela and the Randela Wines. These represent the brand owner’s personality engraved into the DNA of the brand’s personality.

She has now undertaken to studying winemaking professionally through the University of Stellenbosch to elevate her brand to the pinnacle of perfection. This will also empower her to not only answer the questions of the connoisseurs, but to also preempt their thought processes. This wine brand is from someone from the northernmost province of South Africa, Limpopo, who has vowed to capture the industry that has emerged out of the southernmost province of the continent, Western Cape. She is bound to conquer the sector as a way of preservation of the legacy of the ancient 11th century kingdom of Mapungubwe – that centralised trade in the entire southern Africa as I have alluded to in this week’s Publisher’s Comment. She is a descendant of Mapungubwe through Thulamela, much in the same way as Domboshaba is a product of Mapungubwe through the Great Zimbabwe. Trade flows in her blood streams. And the world is her oyster, through her wine brand, she will conquer it.

But who is Phumla – this doyen of the wine industry? She is a dynamic entrepreneur and financial education advocate. She is the founder of Lushaka Wealth Solutions Accounting firm, she is also the founder of Randela Wine (Pty) Ltd, as mentioned earlier. Phumla has over 12 years working experience in the financial sector, Mining, Engineering industry and Corporate Investment Banking.

Phumla holds a B.Com Accounting degree and Wine Making Certificate. She is a Business Accountant in practise, accredited by SAIBA.

Phumla has shared her motivational speaking skills on podcasts, radio and ongoing success of her two business both of which were founded during uncertain times. She is “Mail & Guardian Top 200 Young South African Award” winner, “Positive Role Model Gauteng 2022” and “Tourism & Hospitality Southern Africa Award” winner by “Gender Mainstreaming Awards 2022”.

Randela Wine recently came 3rd finalist at the ”Empowerment of Women in the Community 2022” at the Accenture 10th Gender Mainstreaming Awards under non-listed JSE company. Lushaka Wealth Solutions 4th under same category Empowerment of Women in the Community in Southern Africa – the award ceremony was also live in Nairobi, Kenya, one of the biggest JSE-listed corpotate awards ceremony in Africa.

As a first year student at the University of South Africa (UNISA), Phumla surprisingly grew a high curiosity for accounting and the financial desire to explore and better the financial industry.

In 2016 while working in investment banking, she completed corporate investment exams through Strate Company to have better understanding of the investment sector. 2021 during the outbreak of the COVID-19 pandemic, Phumla launched Randela Wines after few years of exploring the wine industry. She encourages young South Africans interested in the Business to seek out opportunities and to believe in themselves and their abilities.

“I want South Africans to believe in themselves,” she concluded matter-of-factly.