The latest state of tech in Africa 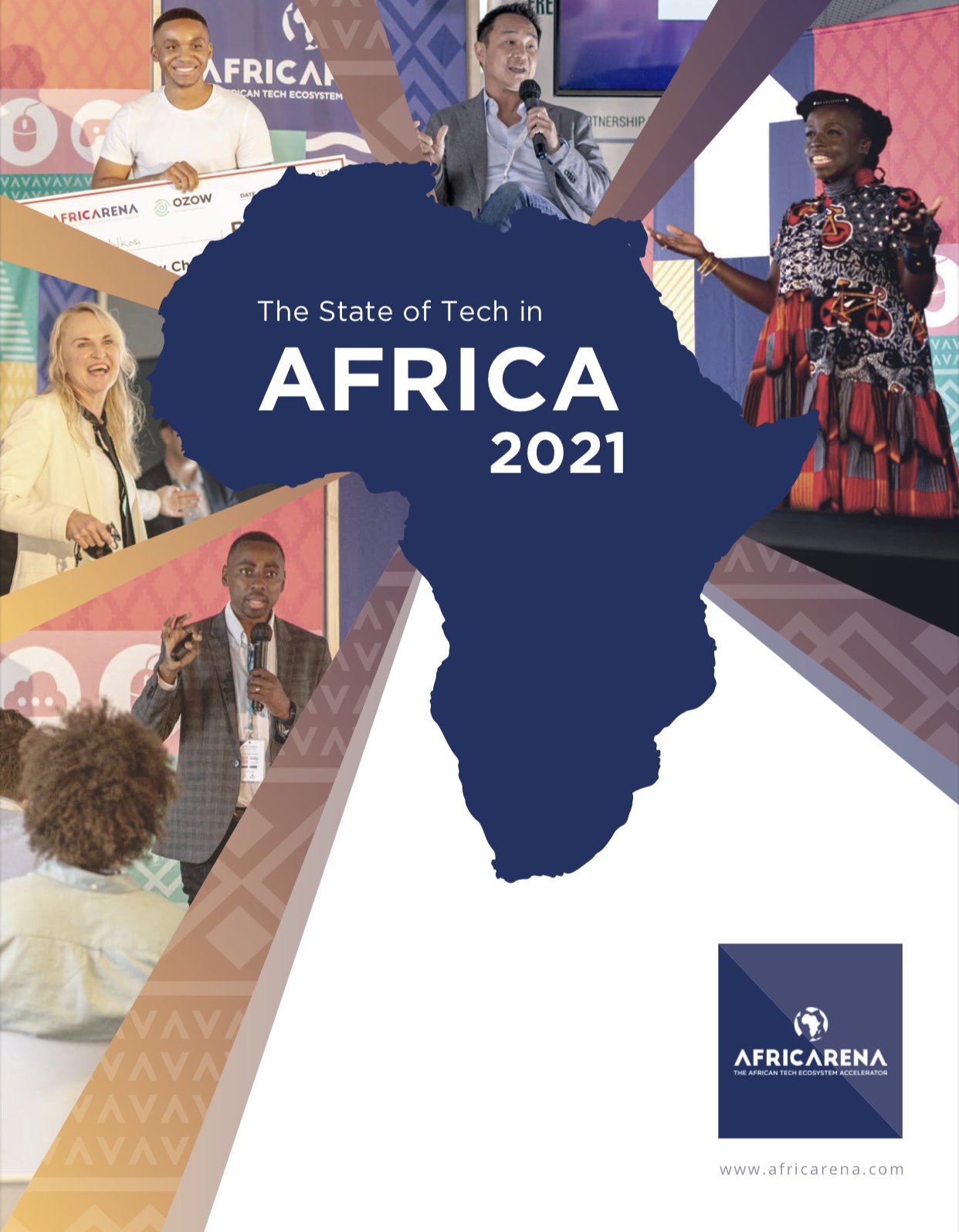 The following is an “Executive summary” of a book published by AfricArena titled “The State of Tech in AFRICA 2021.

2020 was bound to be a different story: for economies, industries, businesses, and communities around the world. World Bank findings show a 4.3% contraction in the global economy, and Foreign Direct Investment into Africa declined by an estimated 18% in 2020. In parallel to this, the venture capital (VC) market in Africa saw a decline in the total value of deals by 29% according to Partech Research.

Paradoxically, despite the total equity value and overall ticket sizes being diminished in 2020, Africa’s startup ecosystem recorded the highest number of deals – an increase of 44% according to Partech. Though, reports on startup funding in the continent differ in methodology, hence the disparities in the numbers. We aim to understand the innovation and investment developments seen in the ecosystem.

In comparison to other global regions, Africa underperforms in VC activity. Africa’s top performing market, Nigeria, is an interesting case as it does not appear in the top five countries on the ranking of startups by country of incorporation – many startups that raise capital in Nigeria are not incorporated in the country. As Africa’s top ecosystem, Nigeria ranks considerably low in “Ease of doing business”. Africa’s second largest ecosystem, Kenya, had a $5.80 per capita in VC investment in 2020 – the highest in the continent. Kenya is also a top destination for expats.

Startups in Africa approach investors in two main ways: the “Nigerian way” – incorporating outside of the country, and the “Kenyan way” – whereby they seek capital within their country of incorporation. Markets in Southern Africa are attracting more investments because of lower valuations. The Egyptian market has gained investor traction because of considerable demographic size. There is an increasing need for countries to enact legislation, i.e. “Startup Acts”, to make it easier for businesses to incorporate locally, making it easier to start a business as an entrepreneur, but also to start a local investment fund and invest in seed stage businesses from the country.

Early-stage investors much prefer doing due diligence in-person, but struggled to do so in 2020 because of travel restrictions. Nevertheless, investments in early-stage startups were very bullish in 2020, as shown by the numbers of deals which were on the rise, even though their size was smaller. There is still a need for investors to improve their due diligence process – perhaps through a standardized process – so as to streamline it and make it more “online-friendly”.

Fundraising for GPs during 2020 was largely supported by more flexible LPs, as institutional investors grappled with the changing macroeconomic environment and the lack of ability to do in-person due diligence on GPs. As travel restrictions are lifted and LPs become more at ease with performing due diligence remotely, capital will start flowing to GPs and then entrepreneurs.

The degree to which Africa’s tech innovation and investment landscape has been impacted by the COVID-19 pandemic is a mixed bag of results. On one side, the number of deals have increased; while at the same time, the total value of the equity deals decreased, by the estimates of a few reports. This shows that even though ticket sizes diminished, investment appetite in tech innovation in Africa is high. From a global point of view, Afrca’s tech ecosystem is still miniscule – VCs invested $3.9 Million per day into African startups in 2020; while in the US, startups received VC investment of $428 Million per day.

The main story of 2020 is the sharp increase in the number of deals in the early-stage. Seed stage startups secured 7.5% of the total deal value in 2019, and 22% in 2020. In order to continue this trend of bridging the funding gap, a lot more support is needed. Tech hubs across the continent play an important role in incubating and accelerating innovation – aiming to make early-stage startups investor ready. However, tech hubs themselves are in need of support, whether from government or private sector, in order to have the financial and operational muscle needed to help startups.

Fintech, once again, captured a quarter of the equity funding – with multiple big deals conducted, including Flutterwave’s astronomical raise and acquisition deals such as DPO and Paystack. Nigerian startups continue to dominate the fintech sector, largely due to fair regulations being put in place by major banks and the large population that remains unbanked and unconnected. Agritech sector grew phenomenally in 2020, with Kenya leading the way, mainly because of massive deals such as the $85 Million raised by GRO Intelligence, and other big deals in Twiga Foods and Apollo Agriculture.

Healthtech saw a huge uptake in the number of deals, by 115%, across multiple markets. The biggest deal in this secor was a Series D raise of $40 million by Vezeeta. We can expect this sector to continue to grow because of the digital opportunities presented by the pandemic. The energy/ off-grid tech sector retained its importance in Africa’s economy by securing deals close to $150 million in multiple markets. Africa’s energy sector speaks more to impact investors than traditional VCs, and that is a trend we can expect to continue.

When it comes to startup support in Africa, a key player that has the tendency to be missing is the corporate sector. Big deals we have seen between startups and corporates in 2020 show the relevance and importance of corporates in the innovation ecosystem – a practice in which not enough corporates are engaged in.

In the first months of the COVID-19 crisis, corporations tended to dramatically reduce their budget in innovation and R&D projects.

There is definitely a need for more corporations to be involved in the startup ecosystem. They can engage with early stage startups through POCs, partnerships, via a tech hub (accelerator or incubator) or equity investment. The preferred way for corporates to engage with early-stage startups remains POCs followed by partnerships. From our observations through running open innovation challenges, frank discussions and objectives must be set by both sides.

Based on the AfricArena observations and working with investors across the world, our views are that 2021 will see a substantial surge in deals, accelerating throughout the year. We estimate that investment into tech startups will be between $2.25 and $2.8 billion, making it the best year in the history of tech investment on the continent.