The Pan-African Grand Prize for Literature 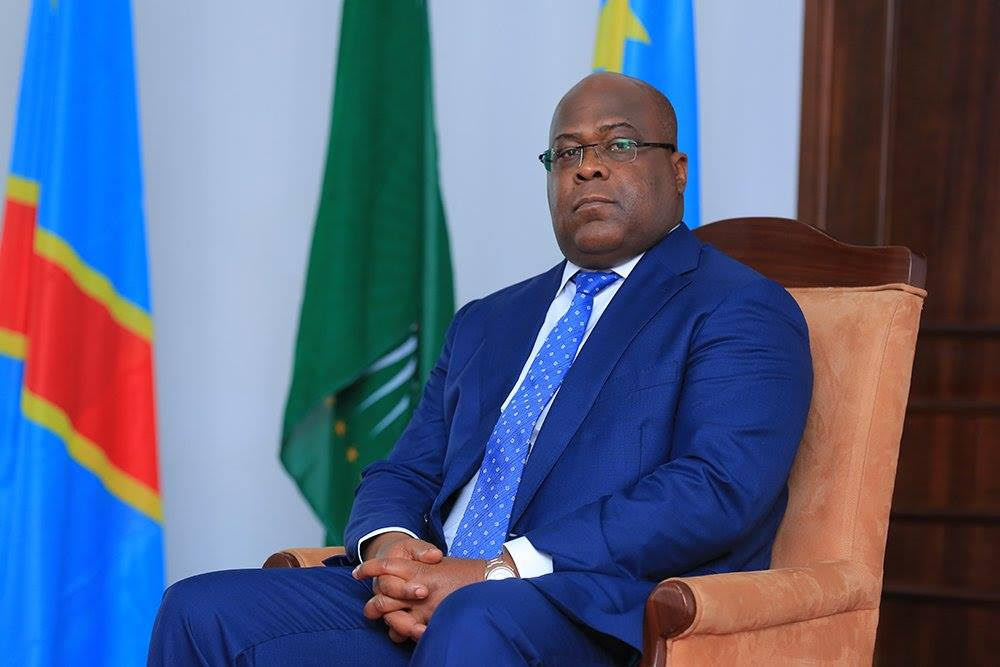 Endowed by His Excellency, Felix-Antoine Tshisekedi Tshilombo, President of the Democratic Republic of Congo and Chairman, African Union on March 25 2021 in Kinshasa, DRC.

Culture must have a central place in the political agendas of nations because it plays a major role in the development of people. This is the conviction of the heads of state and government of the African Union who have very early on ‘’committed themselves to ensuring that policy making adequately takes into account the socio-cultural values of Africa in order to strengthen our cultural identity” (Lagos Action Plan for Africa, 1980-2000).

This option was reiterated recently at the 33rd AU conference. Inspired by the African Union’s Agenda 2063, it resulted in the inclusion of culture, Arts and Heritage in the Pan-African Organization priority areas of action for the year 2021.

Thus, is recognized a field of intervention considered as a leverage of edification of an “Africa we want” the one that rank the service and the wellbeing of the peoples of the continent, on the top list of its preoccupations.

It is in this context that the Congolese presidency of the AU, reconnecting with the strong intuition of its predecessors, want to pay a particular attention to the promotion of literary culture through the launch of a literary prize that will stimulate the creation, in a broader sense, the production, the consumption and the circulation of cultural products on the continent.

Following the same line of thought, it is paramount to encourage and to celebrate writers and African artists, as the producers of civilization values on which the renaissance of the African culture depend on.

Thanks to an imaginary secular creativity, they are called to showcase their various talents as poets, novelists, storytellers, playwrights. Their mission is to draw, in a constant back and forth between the past and the present, in the depth of the continent’s intangible wealth, in the bit to illustrate something that tends, through the power of words, to showcase Africa to itself and the world.

That is the meaning of the proposed project to African here and abroad, on the continent and the Diaspora. Masters of speech and magicians of words, all have the opportunity to reconnect to their art, in a joyous emulation, by taking part in the present literary competition.

This project may not fail to have a knock-on effect. In that, thanks to a performance reserved for established writers, the African youth is offered, first of all, the opportunity to recognize its new models, those who will become, thanks to a competition that tends to promote them, the worthy successors of the great voices of the continent, of yesterday and today: Leopold Sedar Senghor, Chinua Achebe, Tchicaya U Tam’si , Kateb Yacine, Nadine Gordimer, Wole Soyinka Ngugi Wa Thiong’o etc…

The youth is also expected to be actively involved in the continuum of a new literary practice, one that aims to bridge the gap between the different languages in writing. There is no longer room for a linguistic diversity set up as a prohibited obstacle to the fraternal communion of the continent’s creatives. The only thing that counts is the shared will to draw generously from the only source of inspiration that is Africa.

This is the motivation behind the “Pan-African Grand Prize for Literature” that we want to perpetuate annually for the promotion of literature and everything that touches in one way or another the book sector in Africa.

in order to promote the book sector in Africa, His Excellency Felix-Antoine Tshisekedi Tshilombo, current chairman of the AU, has taken the initiative to organize each year a literary prize intended to promote African literary works. The said prize is named the ‘’Pan-African Grand Prize for literature’’ and its management is entrusted in the hands of the ‘Association of the Pan-African Grand Prize for Literature’, a non-profit Association under Congolese law, whose headquarters is in Kinshasa, capital of the Democratic Republic of Congo.

The Pan-African Grand Prize for literature is a competition open to all African writers, regardless of their place of residence. Its aim is to promote the African book sector by awarding a distinction to the authors of published works on one hand, and to certain actors in the sector; publishers, bookshops, and literary critics, on the other hand, who have distinguished themselves by their contribution to the development of African literature.

The works in competition; works of fiction in prose or verse (novel, collection of short stories, theatre, collection of poems, tale, etc.) must have been written in French and English, and published after 1st January 2020. No theme is imposed on the participants. However, the works must reflect the great values enshrined in the AU Charter, such as solidarity, pan-Africanism and the peaceful cohabitation amongst people.

Participation in the contest is individual, open, without age limit, free and to all African writers of the continent and the diaspora.

The submitted works will be assessed on the basis of the quality of the writing, the relevance of the theme and the originality of the creation.

The participant is required to submit only one title.

A panel of judges composed of professionals of the literary sector, set up by the organizing committee of the Pan-African Grand Prize for literature Association, will be in charge of evaluating the competing books and choosing the winner from a selection of the 5 best titles suggested by a reading committee.

The jury is sovereign in its decisions, and is not obliged to justify it. It may renounce the awarding of the prize if it considers the works presented to be of a low standard. its opinion is final.

In addition to a certificate and an award, the winner will receive a reward of Thirty Thousand dollars (30000 us dollars).

The jury, in agreement with the organizing committee, reserves the right to award one or more individual or corporate entities, a Special Prize or Special Mention of the judges.

The beneficiary of this recognition will be awarded with a certificate of merit and Five Thousand US dollars (5000usd).

The declaration of the winner will take place in Kinshasa, in the 4th quarter of the year, on the occasion of the International Day of the African Writer (celebrated on November 7) in the presence of the current president of the African Union.

The winners invited to participate in the official award ceremony will be catered for by the organizing committee for their travel and stay in the Congolese capital.

By participating in this prize, the candidate accepts in full, without reservation and in its entirety, the present rules and regulations which apply to the first edition of the Prize.