Trade News in Brief: Building back better from COVID-19 and other news 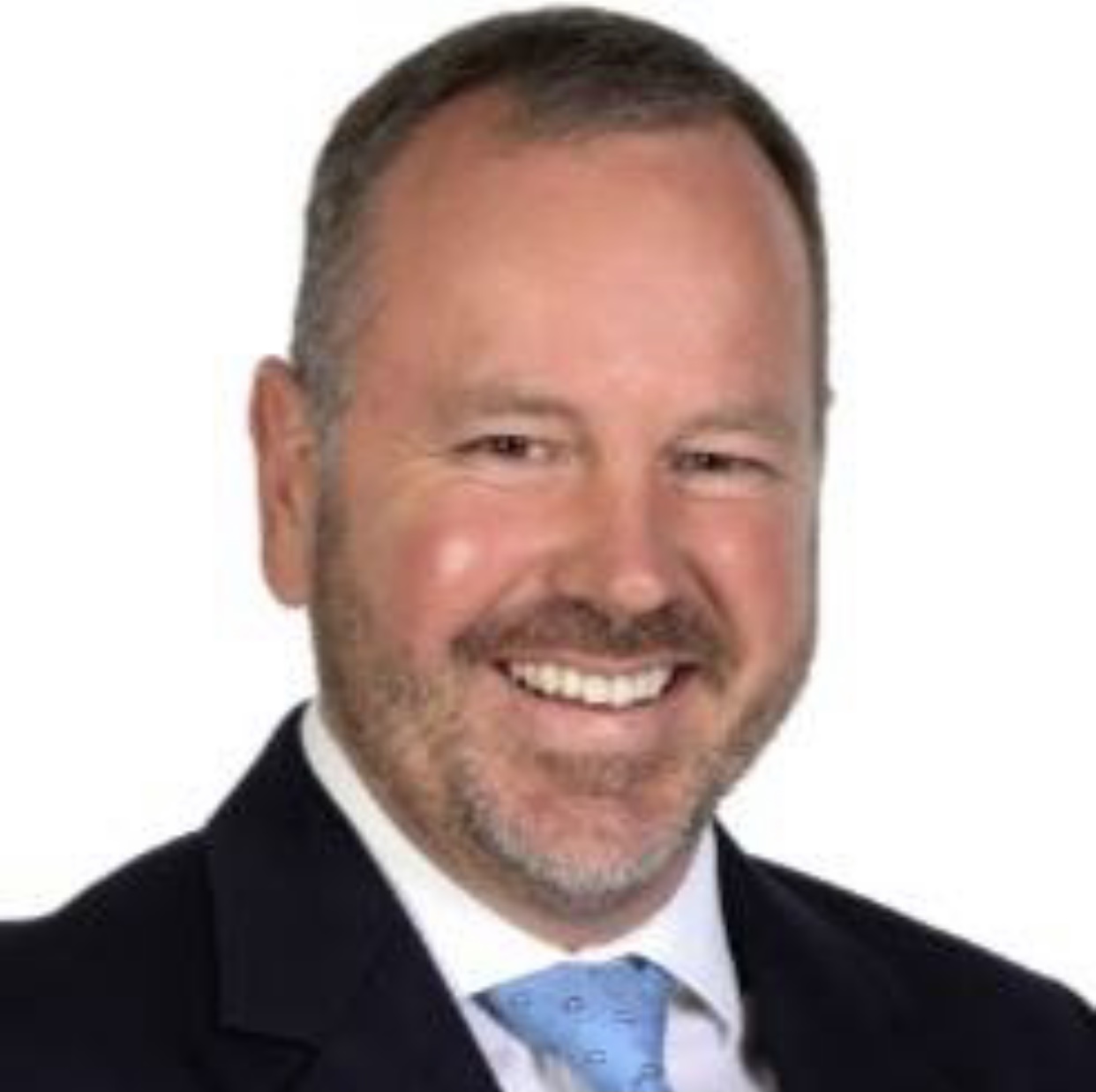 Jambo Africa Online’s Senior Editorial Correspondent, FRANCOIS FOUCHE, puts together a collage of news titbits from across the world impacting on Africa’s business.

A new World Bank economic analysis for South Africa finds that young entrepreneurs are one of the country’s best hopes of solving the jobs crisis, which has been worsened by the global pandemic in an environment of weakened economic growth.

The report suggests that an emerging start-up sector in South Africa could help close this gap, and that simultaneously implementing policies that preserve macroeconomic stability, revitalise the jobs market and improve the investment climate to build a more inclusive economy after the pandemic.

In 13th edition of the South Africa Economic Update, Building back better from COVID-19, with a special focus on jobs report from the World Bank, it examines how supporting young entrepreneurs could be one of the ways the country could address, unemployment, among its other pressing social challenge in an environment of weakened economic growth.

The Economic Update expects South Africa’s growth to rebound to 4% in 2021, the fastest pace in over a decade, bouncing back from last year’s deep contraction of 7%.

However, medium-term prospects for higher and more inclusive growth remain constrained. Growth is expected to slow down to 2.1% in 2022 and to 1.5% in 2023.

This report reviews the impact of COVID-19 on South Africa’s labour market, which has been marked by high levels of unemployment and inactivity, even at the best of times. The report finds that South Africa entered the COVID-19 pandemic with low levels of employment and a decade of weak job creation, far below the standards of most upper middle-income countries. It finds that despite the government’s solid response to the pandemic, jobs have been severely impacted, and recovery is slow.

By the end of 2020, despite two quarters of employment growth, the number of employed people had fallen by nearly 1.5 million, and the wages of workers who still had jobs had fallen by 10 – 15%. At the time of releasing this report, only 40% of employment losses had been recovered.

In addition, the report shows that the COVID-19 pandemic crisis has exposed structural weaknesses in the job market. Young people, in particular face acute unemployment rates, with incidence twice as high as among older age groups. Among 15–24-year-olds, 63% are unemployed and looking for work, whereas among 25–34-year-olds, this rate reaches 41%. When discouraged workers are included, unemployment rates are as high as 74% for 15–24-year-olds and 51% for 25–34-year-olds.

The report suggests that entrepreneurship and self-employment offer the biggest opportunity to create jobs in South Africa, particularly with the increasing number of start-ups, especially in the digital sector, which could become an engine of jobs growth in the future.

Cape Town alone, the ‘tech capital of Africa’, has over 450 tech firms and employs more than 40,000 people.

“If South Africa were to match the self-employment rate of its peers, it could potentially halve its unemployment rates,” said Wolfgang Fengler, World Bank Program Leader.

“In South Africa, self-employment including own-account workers with own businesses, freelancers, only represents 10% of all jobs, compared to around 30% in most upper-middle income economies such as Turkey, Mexico, or Brazil.”

– high rates of unemployment, and

“By improving the business climate, the entrepreneurship ecosystem and access to financing, as well as investing in skills, the government can encourage self-employment and support the growth of micro-and small enterprises.”

The report also suggests that South Africa consider policies that target labour market outcomes and that can make a difference in the pace of employment recovery.

It offers four sets of interventions that would combine time-bound emergency support for poorer workers with reforms to increase the size of the labour market:

Strengthen the labour market linkages of temporary government programs. First, expand and deepen the employment tax incentive to enhance access to jobs particularly for those facing more constraints to integration into the labour market, such as young people and women. Second, continue the Temporary Employee/Employer Relief Scheme (TERS) for lockdown-damaged sectors until a sizeable share of firms are once again operational. Both measures should be time-bound.

Considering a negotiated moratorium on specific pieces of labour regulation

Consider a moratorium on measures that have negative employment implications. The government and its National Economic Development and Labour Council (NEDLAC) partners could consider a temporary suspension of regulations that increase the real cost of labour and make job recovery more difficult. The moratorium should be linked to the pandemic and its economic consequences. It should be used primarily to benefit vulnerable people, who have disproportionately lost their jobs during the last year.

Relaxing constraints to entrepreneurship and self-employment

Revisit the approach to entrepreneurship, self-employment, and micro and small businesses. First, relax legal constraints and rules that prevent the development of these economic activities. Second, scale up programs that provide both entrepreneurial training and start-up grants to address other barriers to entry. Partly for historical reasons, South Africa has stringent regulations that constrain entrepreneurs and freelance and own-account workers more than in other upper-middle-income countries. As noted, self-employment in South Africa constitutes just 10% of total employment, as against about 30% in
the average upper-middle-income country. Thus, if South Africa were to raise its self-employment ratios to the average of upper-middle-income countries, unemployment rates could potentially be halved.

Third, give employers access to funds in the Unemployment Insurance Fund to supplement the wages of part-time workers.

A sequenced set of policy measures aimed at preserving macroeconomic stability, revitalizing the jobs market, and improving the investment climate is needed to build a better and more inclusive economy after the pandemic. There is a risk that the recovery leaves behind most of the potential economically active population, particularly young job seekers, which would mean that the pandemic permanently impaired the country’s long-term development prospects. Conversely, if South Africa were to engineer a broad-based recovery, this decade could bring new prosperity.

Addressing structural constraints to growth behind and at the border could support exports and higher growth, and so preserve the sustainability of public finances.

The experience of major emerging economies, including South Africa, shows that the two most potent factors for reducing public debt-to-GDP ratios are economic growth and primary surpluses.

The implied priorities are self-evident: a better climate for investment and trade, and prudent fiscal policy.

To generate employment, South Africa would have to address three chronic problems in its labour market: extremely high rates of inactivity, high rates of unemployment, and low levels of self-employment. Along with enacting carefully chosen regulations to improve the business climate and investing in the workforce through better education, the government can implement reforms to encourage self-employment and support the growth of micro- and small enterprises. Moreover, active labour market polices could help match job seekers with employment opportunities aligned with their abilities.

This survey (https://tfsurveysa.org/#contact) by the World Bank being conducted in South Africa is of importance to South African exporters and importers.

The World Bank Group is in the process of identifying firms who are willing to participate in a survey that aims to gain a better understanding of existing bottlenecks in border processes and procedures relating to the movement, release, and clearance of goods in South Africa.

Findings of the survey will be able to inform the design of trade facilitation reforms to maximize gains from trade for all stakeholders.

The target population of the survey include South African firms that are engaged in both imports and/or exports of goods (not services) across any international land, air, or sea border.

Firms will be surveyed to determine whether constraints are overarching for all traders or whether they are gender specific constraints.

Whether the firm is male, or female-owned and/or male and female-managed are also important criterion.

The survey will be carried out nationwide ending 23rd July 2021.

Interested firms are requested to answer a few questions to determine eligibility, provide consent and contact details to participate in the survey at a future date via this link (https://tfsurveysa.org/#contact).

It targets owners and managers of companies, as well as customs brokers and freight forwarders, throughout South Africa that import and export goods across borders.

Interviews will be conducted by telephone, and each interview will take approximately 25 minutes. To participate in the survey click here (https://tfsurveysa.org/#contact).

All survey responses and identities of respondents will be kept anonymous and confidential.

Global Protests driven by the Pandemic’s Economic Fallout are on the Rise | What are the Economic Consequences?

Protests can be catalysts for political reform and social change. But what impact do they have on the economy?

According to the latest Global Peace Index (https://www.visionofhumanity.org/resources/) the number of riots, general strikes and anti-government demonstrations around the world have increased by a staggering 244% in the last decade. Lockdowns and fears of contagion forced a temporary lull. But in virtually every region of the world, demonstrators are making a comeback. Causes range from frustration over governments’ handling of the crisis to mounting inequality and corruption—factors that tend to heighten existing tensions and disparities, and have led to social unrest in the aftermath of previous pandemics.

Using the Reported Social Unrest Index (RSUI)(https://www.imf.org/en/Publications/WP/Issues/2020/07/17/Measuring-Social-Unrest-Using-Media-Reports-49573) – an index developed by IMF staff based on press coverage – the IMF find that the short to medium-term economic costs of social unrest can in fact be quite large, especially in emerging markets and developing economies.

A new wave of unrest affects the economic recovery

In a recent working paper (https://www.imf.org/en/Publications/WP/Issues/2021/05/07/The-Macroeconomic-Impact-of-Social-Unrest-50338), the IMF estimates the macroeconomic impact of social unrest over the period 1990-2019. In addition, they identified social unrest events—events that create an unusually high increase in the RSUI—and classify these into three categories, based on the underlying cause of the trigger: political, socio-economic and mixed.

To give a real-world example, think of the demonstrations that followed former Mexican President Enrique Peña Nieto’s election in 2012 or Chile’s presidential election in 2013—this is a less significant shock equivalent to one standard deviation, which can reduce GDP by about 0.2%, 6 months after the shock.

By comparison, the protests of July 2019 in Hong Kong SAR and the yellow vest protests of 2018 in France—which meet the threshold of social unrest events as defined above—resulted in an increase of 4 standard deviations in the RSUI causing a GDP reduction of about 1%.

These effects on GDP seem to be driven by sharp contractions in manufacturing and services (sectoral dimension), and consumption (demand dimension). The IMF findings also suggest that social unrest affects activity by lowering confidence and increasing uncertainty.

Not all countries and events are equal

The IMF also found that the adverse impact of unrest is typically larger in countries with weak institutions and limited policy space (https://blogs.imf.org/2021/07/13/could-renewed-social-unrest-hinder-the-recovery/). Thus, countries with weak fundamentals pre-pandemic are expected to suffer the most should social discontent turn into unrest.

The economic impact of unrest also differs by the type of event: protests motivated by socio-economic concerns result in sharper GDP contractions compared to those associated mainly with politics/elections. Demonstrations triggered by a combination of both socio-economic and political factors—not unlike what we saw in Tunisia and Thailand earlier this year—have the biggest impact.

Public protests can be an important expression of the need to change policy. Governments need to listen and respond, but also try to anticipate people’s needs with policies aimed at giving everyone a fair shot at prosperity. Boosting employment, containing the long-term impact of the crisis and protecting those who have been left behind must remain priorities. To ensure success and avoid strife, recent IMF staff research notes that reforms require a broad social dialogue on the role of the state and how to sustainably finance budget pressures. Otherwise, the economic costs of the pandemic will likely be compounded by those of the ensuing unrest.