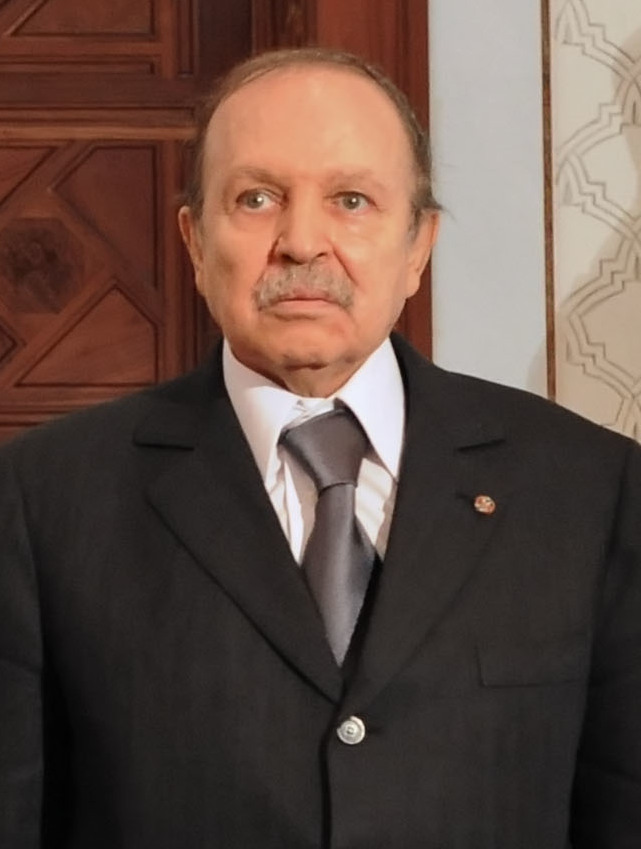 The Patron of the Thabo Mbeki Foundation, President Thabo Mbeki, the Board and Staff of the Foundation heard with great sadness the news that former President Abdelaziz Bouteflika of the People’s Democratic Republic of Algeria had passed way.

Together with the rest of our people, we will always remember President Bouteflika as a fellow combatant for the liberation of our country from apartheid rule and a dependable partner in the historic task to build a democratic South Africa.

His upbringing almost made it inevitable that he would play this important role.

As a young man aged 19, Abdelaziz Bouteflika joined the armed struggle for the liberation of Algeria from French colonial domination, under the leadership of the FLN, the Font for National Liberation.

Accordingly, having served as an Officer in the ALN, the Army for National Liberation, and also being part of the FLN leadership, he became a Minister in the very first Algerian Government after liberation, headed by the now late President Ahmed Ben Bella.

The heroic Algerian struggle, and the victory achieved with the celebration of independence in 1962, was a material force in motivating and strengthening the resolve of many of us involved in our own liberation struggle and served as strong assurance that we too, through armed struggle, would emerge victorious.

Through the ALN, even before Algeria’s independence, Abdelaziz Bouteflika’s FLN started giving practical support to our own struggle for national liberation, through the ANC.

That support was in the form of providing military training for the cadres of Umkhonto we Sizwe (MK).

The very first MK trainee of the ALN, in 1961, was none other than Nelson Mandela. He was followed by many others.

A year after Algeria’s independence, the Organisation of African Unity (OAU) was formed.

President Ben Bella was one of the delegates at this founding conference.

The President played an important role in persuading his fellow delegates that together, as independent African countries, they, and therefore also their organisation, the OAU, had a responsibility to help ensure the total liberation of our Continent.

President Ben Bella said: “We have no right to think of filling our bellies when our brothers are still dying in Angola, Mozambique and South Africa…There has been talk of a Development Bank. Why have we not talked about setting up a Blood Bank…to help those who are still fighting all over Africa?”

Because then Minister of Foreign Affairs Abdelaziz Bouteflika came exactly from this militant anti-colonial and anti-apartheid camp, he too rose to the challenge when the moment came.

By 1974 the world Anti-Apartheid Movement was already an established fact and was growing in its strength.

Foreign Minister Abdelaziz Bouteflika served as the President of the General Assembly during the period 1974-75.

As the General Assembly began its work in September 1974, its President, Minister Bouteflika, ruled that the credentials of the Apartheid Government delegation were not accepted as it was an illegitimate regime which did not represent all the people of South Africa.

He ruled that the apartheid delegation could not take its seats at the Assembly, and neither could it speak, make proposals or vote.

The Assembly voted to accept the ruling by its President. This had never happened since the formation of the UN in 1945 and some Western and other countries objected to the procedure which had been followed. This required that a formal resolution should be tabled.

The General Assembly voted in November 1974 to support the September ruling of its President, Abdelaziz Bouteflika, with the votes being 91 – 22.

This was an important step forward in the global struggle which ultimately led to the defeat of the illegitimate apartheid regime.

Under the same Presidency of Foreign Minister Bouteflika, in December 1974, the General Assembly adopted an important Resolution on the ‘Implementation of the Declaration on Granting of Independence to Colonial Countries and Peoples’.

This confirmed the sustained focus of Minister Bouteflika on the important challenge to liquidate colonialism and apartheid globally, following on the direction stated by President Ben Bella at the 1963 founding conference of the OAU.

It was therefore natural that after our own liberation, in 2001, then President Thabo Mbeki should join hands with now President Abdelaziz Bouteflika, as well as President Olusegun Obasanjo of Nigeria, to work on a Programme for the Socio-Economic Development of Africa, which became the NEPAD which was adopted by the OAU and its successor, the African Union (AU).

Of course these three Presidents were later joined by Presidents Abdoulaye Wade of Senegal and Hosni Mubarak of Egypt.

Again it was no accident that President Mbeki would work closely with President Bouteflika, and others including Presidents Obasanjo, Amadou Toumani Touré of Mali and Prime Minister Meles Zenawi of Ethiopia on various matters concerning the strengthening the AU, and therefore the agenda for the unity and renaissance of Africa.

In 2000 Presidents Bouteflika and Mbeki established the High Commission for Binational Cooperation between Algeria and South Africa, agreeing that it would meet at Presidential level because of the strategic relationship the countries had established.

It was and has been through this important institution that the two countries have sought to support each other.

We take this opportunity to convey our heartfelt condolences to the Bouteflika family, to H.E. President Abdelmadjid Tebboune, the Government and sister people of Algeria at the loss of President Abdelaziz Bouteflika, an outstanding African, and a lifelong partner of the people of South Africa as they engaged in a continuing struggle to achieve a better life for all here at home, in the rest of our Continent and the African Diaspora.

May his soul rest in eternal peace.