Women Ambassadors to the UN: No more time to lose 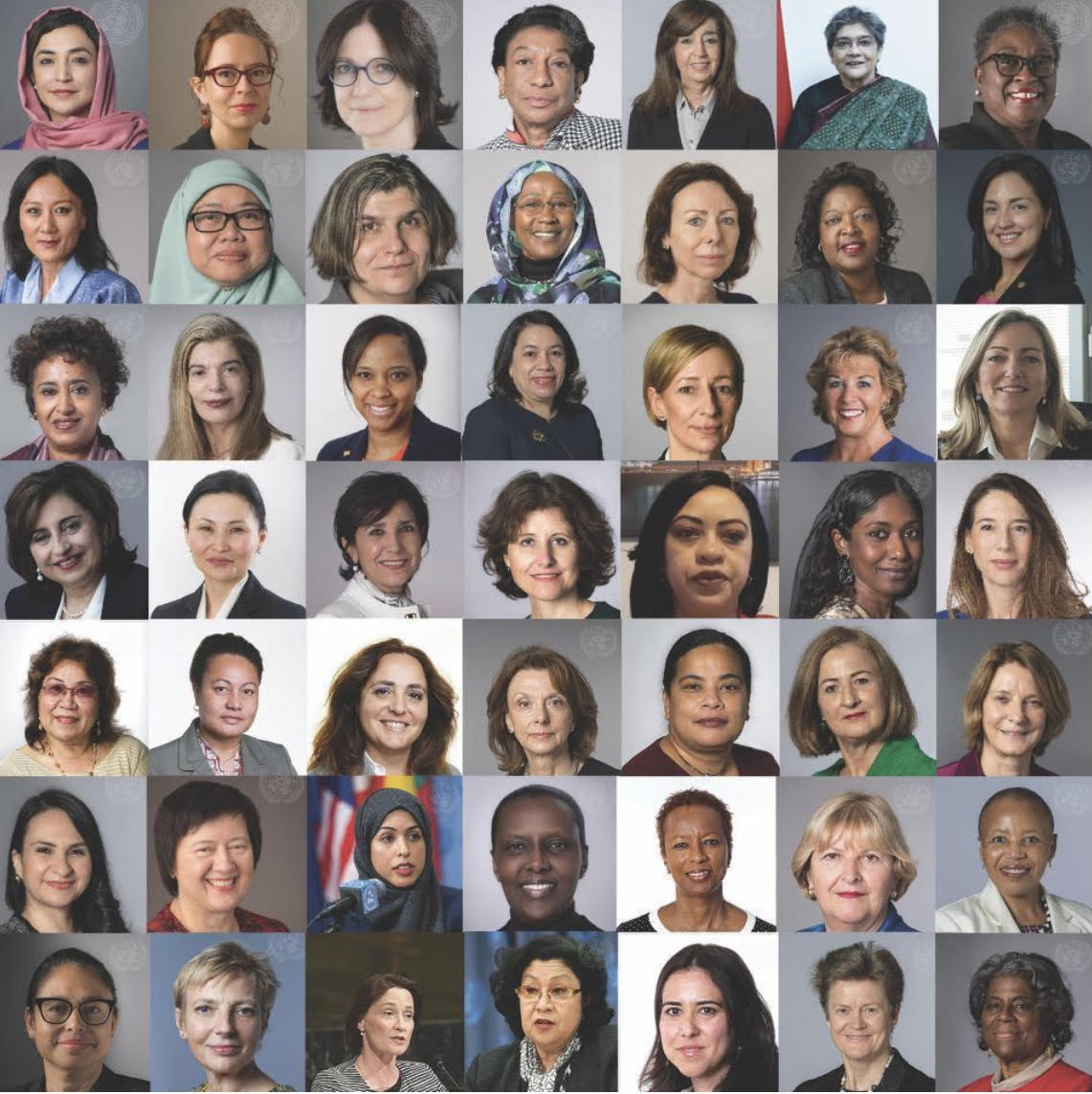 This piece has been signed by 49 women ambassadors to the United Nations in New York, including South Africa’s Permannent Representative to the UN, Amb Mathu Joyini

Women’s leadership as a catalyst for change.

March, women’s history month, closes with the Generation Equality Forum in Mexico and against the background of significant setbacks on the empowerment of women caused by the Covid-19 pandemic. From our seats in the General Assembly and our screens at home we have seen it growing: The increase in deaths, gender-based, including intimate partner violence, abuse of women and girls who speak out, the widening of the gender gap for access to digital technologies, the loss of jobs, the decrease of women’s participation in public life and decision-making, disrupted access to essential health care, increase in child marriage, and the diminished access to education.

Day by day in this yearlong battle against the pandemic, we have seen how women are impacted twice: First by the virus, and then by its devastating secondary effects. We are 49 women ambassadors representing countries from all regions of the world, and we believe that such a reality is simply intolerable. Here we tell that story and what needs to be done to urgently recover the hard-won gains of recent years.

The COVID-19 crisis has a woman’s face

The face of women nurses, doctors, scientists, care-givers, sanitation workers, and of those leading the response to the pandemic.

Women are on the front line:

As leaders delivering effectively with vision and care.

But also as victims of structural vulnerabilities and of violence and abuse.

The “shadow pandemic” of exploitation and abuse, including domestic and intimate partner violence, should be a jarring wake-up call to us all. The latest WHO data show that one in three women experience intimate partner violence during their lifetime, while the UN reports that women with disabilities have four times the risk of experiencing sexual violence in comparison to women without disabilities.

Women will also bear the heaviest toll of the socio-economic impact of the pandemic because they often carry the responsibility for unpaid dependent care and are over-represented in jobs most affected by the crisis — hospitality, tourism, health, and trade.

The lack of women’s participation in society threatens to delay the achievement of the Sustainable Development Goals by 2030. Politically-motivated gender-based violence online and offline is a barrier to women’s ability to participate fully and equally in democratic processes. Moreover, the persistently high rate of grave violations of women’s rights worldwide is appalling.

Against this background, this March the UN Commission on the Status of Women (CSW) focused on two issues: Fighting gender-based violence, and scaling up women’s full and effective participation at all levels and in all sectors. Meaningful participation of women in politics, institutions, and public life is the catalyst for that transformational change, which benefits society as a whole.

Only four countries in the world have a parliament that is at least 50% women. Worldwide only 25% of all parliamentarians are women. Women serve as heads of state or government in only 22 countries today, and 119 countries have never had a woman leader. According to Unesco, 30% of the world’s researchers are women. While 70% of the health and social care workforce are women, they make up only 25% of leaders in the global health sector.

Current projections show that if we continue at the current rate, gender equality in the highest positions of power will not be reached for another 130 years.

These figures speak of unacceptable barriers and bottlenecks that continue to block women’s participation.

As the secretary-general of the UN says, parity is ultimately a question of power. As women, we are often reluctant to use this word. But as women ambassadors at the UN, representing countries from around the world, it is a word we cannot and will not be too shy to use. Power is not an end in itself: It is the power to change things, to act and have equal opportunities to compete.

While as women ambassadors we are still under-represented here in New York – only 25% of permanent representatives are women – we are committed to being a driving force to shift mindsets. We are long past the point where women should have to justify their seat at the table.

A large body of research and scientific literature provide unequivocal evidence of the value of integrating women’s perspectives in decision-making. Countries led by women are dealing with the pandemic more effectively than many others. Peace processes and peace agreements mediated with the active participation of women are more durable and comprehensive. Yet women make up only 13% of negotiators, 6% of mediators, and 6% of signatories in formal peace processes.

When women have equal opportunities in the labour force, economies can unlock trillions of dollars. Yet last year, the International Labour Organization found that women were 26% less likely to be employed than men. In 2020 only 7.4% of Fortune 500 companies were run by women.

Worldwide, women only make 77 cents for every dollar earned by men, while the gender gap in internet access grew from 11% in 2013 to 17% in 2019, reaching 43% in the least developed countries. The so-called “motherhood penalty” pushes women into the informal economy, casual, and part-time work. After slow but steady gains over the last few decades, Covid-19 has forced millions of women out of the formal labour market.

The solution to this will not occur spontaneously nor by magic. We need positive action. We need data disaggregated by sex and age so we can better analyze the scope of the problem; we need targeted policies and earmarked investments.

We have to strengthen support services for survivors of abuse, as well as prevent violence and end impunity. And we need to reduce the digital divide and promote access for women to information and public life.

We must rebalance the composition of decision-making bodies. We need to integrate gender into the design and implementation of recovery plans. We need to ensure the availability, accessibility, quality, and continuity of health services for women, including sexual and reproductive health services. Social protection programs should be gender responsive and account for the differential needs of women and girls.

We need to promote access for women to decent work and overcome the choice between family and work that is too often imposed on women. Women should have targeted support for entrepreneurship and investment in education that guarantees equal access. This should not only start with women, but with girls. Getting more girls into school, including back into school following the pandemic, improving the quality of education girls receive, and ensuring all girls get quality education: This will enable female empowerment and gender equality, which will be critical for the effective participation of future generations of women. We must make justice accessible to all women and end impunity for sexual violence.

This will also require role models. As women ambassadors, we bear testament to young generations of girls and women across the world showing that, like us, they can make it. No career and no goal is off-limits for them, as they are in all their diversities, nor beyond their capacities.

Parity is not a zero-sum game but a common cause and a pragmatic imperative. Men can be and are our allies in achieving parity. We look forward to continuing momentum on accelerating progress on achieving gender equality through the Generation Equality Forum and its Action Coalitions. Let us together set the stage for an inclusive, equal, global recovery. Let us make this generation “Generation Equality.”