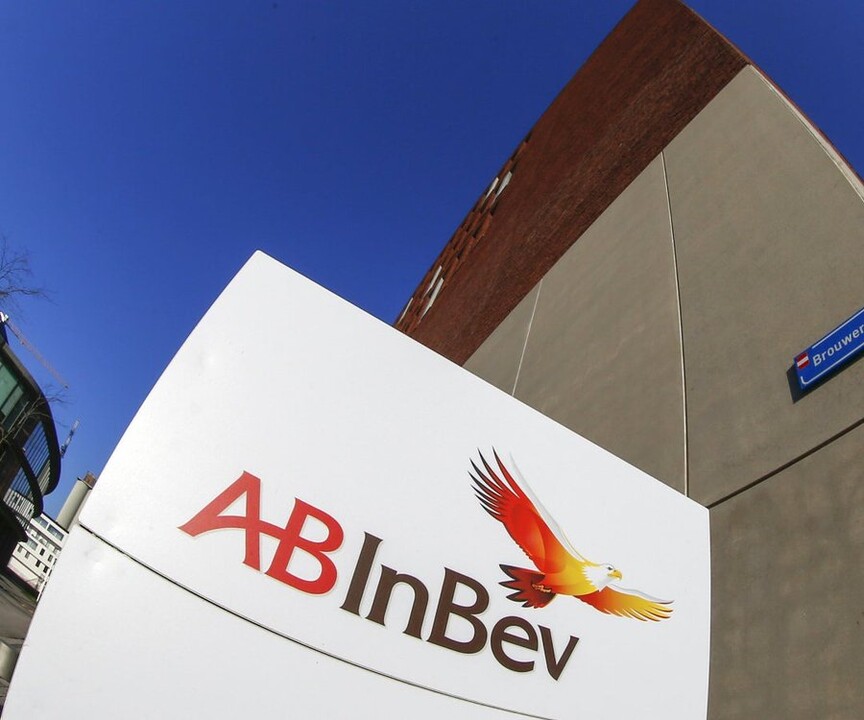 Anheuser-Busch InBev’s (AB InBev) acquisition of SABMiller in a deal worth $107.7bn left it with a debt overhang of $106bn.

The equity value and enterprise value for SABMiller were $107.7 billion and $120 billion respectively. $13 billion of the $120bn was made up of tangible assets such as property, plant, machinery, while $107 billion was entirely intangible assets.

AB InBev accounts for 30% of global beer production and holds leading market positions in most of the largest beer markets globally, such as US, China, Brazil, Mexico & Germany.

AB InBev hasn’t shot the lights out since the 2016 takeover.

AB InBev’s acquisition of SABMiller ended the corporate use of the name SABMiller and it ceased trading on the JSE, London Stock Exchange and became a business division of Anheuser Busch Inbev.

AB InBev listed on the JSE at a price of R1 938 in 2016. The stock is down 53% since which repreents a total market value loss of R1.56trn since the SABMiller takeover.

AB InBev scored big with the acquisition of SABMiller.

In 2001, SABMiller and Castel reached a strategic alliance which saw SABMiller take a 20% stake in Castel beer and soft drinks operations in Africa.

In return, Castel acquired a 38% stake in SABMiller’s Africa subsidiary.

As part of the conditions to approve the merger of AB InBev with SABMiller, the Competition Tribunal required AB InBev to dispose of its 26.4% Distell shareholding.

26.4% was sold to the Public Investment Corporation, acting on behalf of the Government Employees Pension Fund.

AB InBev also made another disposal.

This time, it was the sale of its (SABMiller’s) 54.5% equity stake in Coca-Cola Beverages Africa.

Coca-Cola Beverages Africa is the 8th largest Coca-Cola bottling partner in the world by revenue and the largest on the African continent. It accounts for 40% of all Coca-Cola products sold in Africa.

How was Coca-Cola Beverages Africa formed?

In 2014, Coca-Cola, SABMiller, and Gutsche Family Investments (GFI, majority shareholders in Coca-Cola Sabco) agreed to combine their bottling operations of their non-alcoholic ready-to-drink beverages in Southern and East Africa.

The above-mentioned agreement led to the formation of a new bottling company (joint venture) called Coca-Cola Beverages Africa in 2014. Coca-Cola Sabco was 80% owned by Gutsche Family Investments and was headquartered in Gqeberha.

Coca-Cola Sabco had been a Coca-Cola bottler since 1940 and was Africa’s 2nd largest Coca-Cola Franchised Bottler. In 1995, the Gutsche family merged their bottling interests with The Coca-Cola Company’s interest in Africa.

What did each party (SABMiller, Coca-Cola, and Gutsche Family) bring to the joint venture?

Who owns the remaining 33.5% in Coca-Cola Beverages Africa? The Gutsche Family Investments (GFI) shareholding increased from 31.7% to 33.5%. The family also owns Woodlands Dairy which is a big producer of longlife milk.

AB InBev loaded (incurred substantial indebtedness by entering into a senior credit facility and accessing the bond markets from time to time) its balance sheet with so much debt to make the $107.7 billion takeover of SABMiller possible.

As the acquisition of SABMiller was an all-cash deal, and AB InBev did not have the $107.7bn lying around, it took on loads of debt to settle this.

A world record was set in the form of a $75 billion syndicated loan, which was the largest commercial loan in the history of the global debt markets. This involved the following banks; Banco Santander, Bank of America Merrill Lynch, Bank of Tokyo-Mitsubishi UFJ, Barclays, BNP Paribas and Deutsche Bank.

The weighted average cost of the financing was 110 basis points over Libor, based on the initial starting margin.

AB InBev had planned to repay the bridge loan by selling SABMiller’s 58% stake in US joint venture MillerCoors to the venture’s other shareholder, Molson Coors for $12 billion.

The merger of AB InBev and SABMiller increased the combined companies’ net-debt-to-EBITDA ratio to 4.5x.

AB InBev’s results after the merger were weak, and AB InBev cut its dividend payout in half. This had a negative effect on the stock price as it fell by 10%. AB InBev cut dividends by half in an attempt to conserve cash to reduce its debt pile.

How is AB InBev dealing with the debt pile?

Approximately 46% of AB InBev’s gross debt is denominated in currencies other than the US dollar, primarily the Euro.

AB InBev’s optimal capital structure remains a net debt to EBITDA ratio (a measure of measures financial leverage and a company’s ability to pay off its debts) of around 2x.

AB InBev has spent +-$300 billion on mergers and acquisitions in the last 10 years including the $103 billion spent on buying SABMiller. These acquisitions left AB InBev with a debt pile which stood at $106 billion in 2016.

AB InBev’s net debt (non-current and current interest-bearing loans and borrowings and bank overdrafts minus debt securities and cash and cash equivalents) amounted to $75.9 billion as of 30 June 2022 vs $76.2 billion as of 31 December 2021.

Net debt is a financial performance indicator that is used by AB InBev’s management to highlight changes in the company’s overall liquidity position.

One big achievement AB InBev achieved was reducing net debt by $13bn between 2019 and 2021.

How did AB InBev manage to cut net debt by $13 billion in 2020 despite the fall in profits due to the Covid-19 pandemic?

AB InBev achieved this by divesting its Australian business and minority stake in its US-based metal container plants and significant cuts to dividends.

The affirmation is supported by AB InBev’s commitment to reduce debt, as underlined in its asset divestments and dividend cuts.

Credit ratings are opinions about credit risk and can express a forward looking opinion about the capacity and willingness of an entity to meet its financial commitments as they come due. Credit ratings can indicate credit quality of an individual debt issue & relative likelihood of default.

AB InBev’s increased level of debt could have the following consequences;

AB InBev also enters into cross-currency interest rate swap agreements to manage foreign currency risk and interest-rate risk on interest-bearing liabilities, but there are no assurance that instruments will succeed in reducing risks inherent in exposures to interest rate fluctuations.

Has AB InBev made significant progress to pay down the debt pile?

AB InBev has had $22bn of bond debt paydown in the last 18 months,

Redeemed almost all maturities over the next 5yrs.

AB InBev has a total of $3.2bn worth of bonds maturing through 2025 with no financial covenants on debt. 94% of AB InBev’s bond portfolio is fixed rate

AB InBev has a comfortable debt maturity profile and strong cash flow generation with $17bn total liquidity made up of;

AB InBev is exposed to the risk of a global recession or a recession in one or more of its key markets (United States, Europe, South Africa, Mexico, China, Brail, Colombia) and to credit and capital market volatility and an economic or financial crisis (including as a result of the COVID-19 pandemic).

The consumption of beer and other alcohol and non-alcohol beverages in United States, Europe, South Africa, Mexico, China, Brail, Colombia is closely linked to general economic conditions and changes in disposable income. A continuation or worsening of the levels of market disruption and volatility seen in the recent past could have an adverse effect on AB InBev’s ability to access capital, its business, results of operations and financial condition.

An inability to reduce costs which are rising due to inflation could affect AB InBev’s profitability.

AB InBev says that it is the intention of the company to continue to reduce its financial indebtedness through a combination of strong operating cash flow generation and continued refinancing.

AB InBev say that although it may borrow such amounts to meet our liquidity needs, it principally relies on cash flows from operating activities ($2bn as at 30 June 2022) to fund the company’s operations.