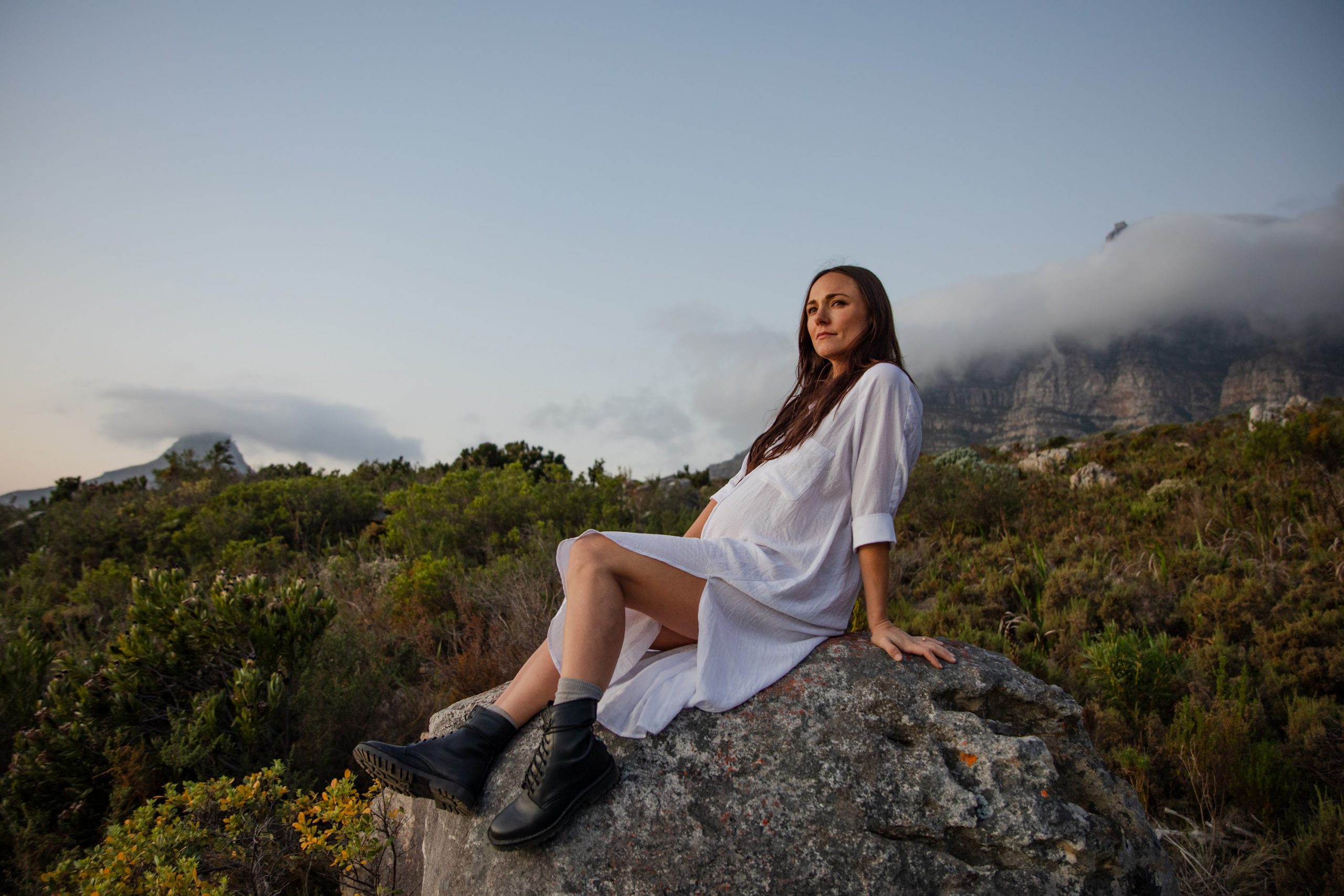 Veldskoen Shoes is collaborating with Hollywood actress, Briana Evigan, to create a social impact shoe. A portion of net profits from the shoes will be shared with local communities in South Africa to improve water, food and energy security as well as uplift South African citizens.

The Veldskoen MoveMe Ranger boot has officially been available for purchase from the beginning of July, from veldskoen.com for pre-order.

Briana describes ‘The Ranger’ as a unisex, lace-up boot made for people to wear when they want to go out and change the world. What makes these incredibly comfortable shoes unique, is that on the bottom of their soles you’ll find positive words, like Love, Trust, Kind, Happy, Pause, and Breath. Every time you take a step, you leave a positive word behind as the imprint on the ground where you walk.

“A person walking in a pair of Veldskoen MoveMe Ranger boots is literally leaving a message of upliftment for whoever walks behind them,” said Briana Evigan, Founder of MoveMe Studio.

For each pair of Veldskoen MoveMe Ranger boots purchased, 50% of the net profits will be donated to Abundant Village, a resource-rich set of solutions providing water, food and energy security, education and housing, wellness care, and job opportunities to communities in need.

Investing time, energy, and funds in the prosperity of South African communities; is a driving force for both MoveMe and Veldskoen shoes collaborating on this project.

“We love working with Briana and MoveMe. We have aligned values and a commitment to making an impact while creating products and solutions that people enjoy.” said Nick Dreyer, CEO of Veldskoen Shoes. “When the MoveMe team shared that they were donating 50% of their net profits from the shoes, we smiled and agreed to do the same.”

Briana behind the scenes

Briana Evigan is most well known for her roles in the dance movie franchise, Step Up, but the actress is a keen environmentalist and social activist, passionately committed to improving living conditions for people and animals.

Briana recalls: “A few years ago, I was working with a team in Indonesia, where we lost a baby elephant to a snare trap. In that instance, my anger with humanity for hurting animals was replaced with the realisation that many of the atrocities committed toward animals are rooted in need. People poach because there is a market for ivory. We need to help people first, and then only can we teach them kindness to the planet and to animals. My primary focus shifted to educating and creating wealth and well-being for the local communities.”

Briana and her business partner, Stuart Newton, founded MoveMe Studios, with a mission to positively impact the lives of millions, both humans and animals alike. They just completed the pilot of an eight-episode docuseries and are starting production of a full-length feature film highlighting the majesty of South African wildlife. Rather than create a movie, they are creating MoveMe, inspiring media that compels action. Check out www.moveme.studio.

The Abundant Village model is a resource-rich set of solutions that provide water, food and energy security, education, housing, wellness care, and job opportunities to communities in need, as well as other solutions to local challenges. The pilot village is being created and run locally in Bushbuckridge, Mpumalanga.

Business, technology, and environmental resources will be sourced locally or through the MoveMe network to find existing, cost-effective solutions that can scale to meet the needs of different-sized communities. Abundant Village can be an economic engine for a community to increase health, wellness, and prosperity.

Who is Briana Evigan?

Briana Evigan – Co-founder of MoveMe, Actor and Producer – was born and raised in Los Angeles, started off as a dancer, singer, and musician landing her first major feature debut as the star of the box office hit “Step Up 2: The Streets” in 2008, and reprised her role in a 2014 instalment of the franchise, “Step Up: All In”.

She also played starring roles in a number of films, including “Sorority Row”, “S. Darko”, and “Burning Bright”. On the television front, Briana starred in Season 2 of “From Dusk Till Dawn” for Robert Rodriguez, Jerry Bruckheimer’s pilot, “Trooper”, TNT’s acclaimed drama “LONGMIRE”, and in the indie world, starred in festival darling, “ToY”, and “Love Is All You Need?” For which she received Best Actor accolades. Some other credits include “She Loves Me Not”, starring Cary Elwes, “Mothers Day”, starring Rebecca Demornay, and “Rites Of Passage”, starring Wes Bentley and Christian Slater.

When she’s not working, Briana spends much of her time traveling, with the last 8 years being dedicated to non-profit efforts in Asia and Africa. She strives to bring home stories to tell on the big screen. She has deep dived into the anti-poaching world, fighting the ivory trade and protecting South African animals and rangers. She also has worked closely with Cambodian organization, Somaly Mam, teaching and serving as a role model to young victims of sex trafficking.

Briana’s first foray into the development world came following a traumatic experience where she was painfully struck by the ubiquitous mistreatment of elephants in Southeast Asia, so much so that it became unimaginable to step back into Hollywood, role playing as she once saw it. It was clear for her at that point, that her life’s mission was to make use of her background, her network, and most importantly, her voice, to advocate on behalf of those without.

Briana’s innate sense of duty compelled her to be a part of the solution to the challenges faced by people and the planet; to find a way to bring the resources and networks of the entertainment industry to the wider world. She has fronted countless campaigns, fundraisers, speaking events, and mission trips, all of which have affirmed Briana’s allegiance to animal advocacy, ultimately positioning her as a global voice of authority in this space.

A gifted storyteller, and 15-year veteran of the entertainment business, Briana has founded MoveMe Studios with business partner Stuart Newton. Briana’s move to South Africa has been 6-years in the making. She is currently in development for her next feature, an anti poaching film called Charlie, as well as in production with a docuseries in Bushbuckridge surrounding Kruger National Park.

Veldskoen Shoes was started in 2016 by best friends Nick Dreyer and Ross Zondagh.

All Veldskoen shoes are handcrafted in South Africa using some of the finest shoemakers in the country. Each Veldskoen is hand-stitched with extreme care and attention to detail. The result of the process is a comfortable, durable shoe, that is 100% unique.