Adedeji Adetayo: A symphony of music that is “rhythmically and technically sophisticated, harmonically rich, and melodically compelling” 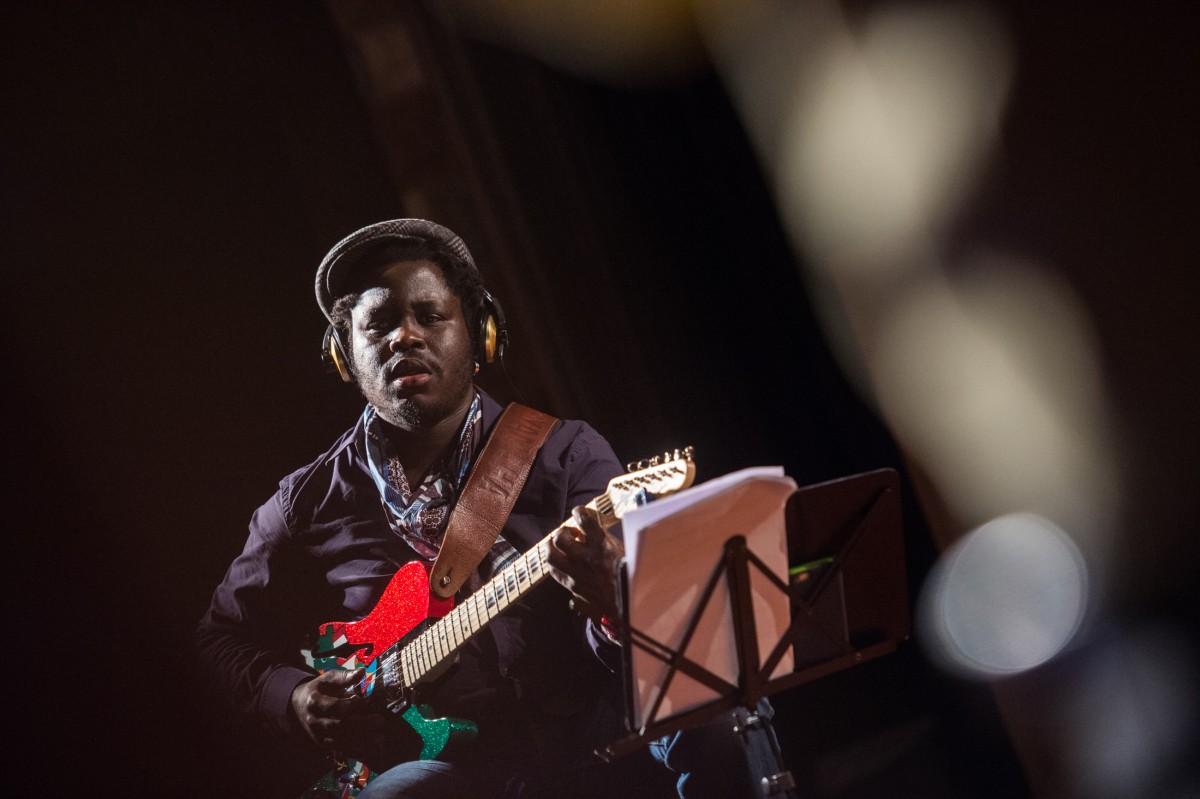 Adedeji Adetayo is a prolific singer, guitarist and composer, born and raised in the vibrant city of Lagos, Nigeria.

Adedeji’s music is an infusion of Traditional African music with a progressive attitude and modern sound of jazz, funk and soul music, creating music that is rhythmically and technically sophisticated, harmonically rich, and melodically compelling. Among his evident influences are George Benson, Wes Montgomery, Charlie Parker, King Sunny Ade, and Fela Kuti.

Has a follow up for His debut album ‘Ajo’ , Adedeji released a new single C.O.P in 2015. A song that comes from his personal experience, as a frequent traveler and a touring musician, and touches the delicate issue of immigration, addressing the reasons that make someone leave his country, as well as what someone has to face at the borders, airports and eventually abroad.

In March 2017 he released a follow-up double Album with the title “Afreekanism” which featured over 50 musicians from around the world, including the legendary Dr Orlando Julius Ekemode.Grammy Award-winning Nigerian percussionist Lekan Babalola,and lots of exciting special guests. This album is an eclectic Afrocentric music with a blend of jazz funk, soul and everything in between. Afreekanism is been on top 40 chart in at ethnocloud Canada and won the 4th place for world music category 2017 in a Japanese music magazine.

Music found its way into Adedeji’s heart at the early age of 5, when he joined the church choir, and by the age of 10, he was leading the choir, even though he was largely self-taught. Later, he worked prolifically as a backing vocalist, and also produced local artists in Nigeria. By the time he was 18, his voice could be heard all over Nigeria, in radio jingles and adverts and on movie soundtracks.

He studied music technology at the Polytechnic, Ibadan for two years, and creative art at the University of Lagos. He has a degree in Performance from the London College of Music and is a graduate of Jazz Guitar/Vocals at Prince Claus Conservatory, Netherlands, where he won the 2012 VNO NCW Noord Talent Award.

The year 2007 saw Adedeji relocate to Greece where he performs almost every night as a singer and guitarist, and featured artist in many diverse projects and album.

Adedeji’s latest Album  “Yoruba Odyssey” is a project that goes back to the core of his roots, The album was recorded at the legendary Afrodisia/Decca Studio in lagos, That housed the likes of Fela Kuti and King Sunny Ade. The lyrics sung in the groovy Languages of Yoruba and Pidgin English are reigniting with the traditonal identity of Yoruba Culture.Authentic and personal Ideas with tremendous harmonies and Arrangements in fast and furry compositions by a masterful guitarist and singer and energetic and enlightened band. The result is aprogressive Jazz funk Record, Influenced with the Vintage Afrobeat anf Yoruba eclectic sounds,that reflects Adedeji’s growing up in the metropolitan city of Lagos. If you love James Brown, Stevie Wonder, Prince, George Benson and Course Fela you are most likely to love Adedeji.